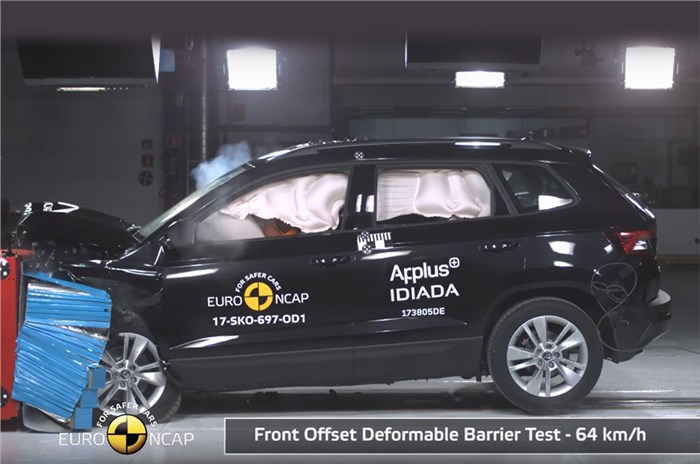 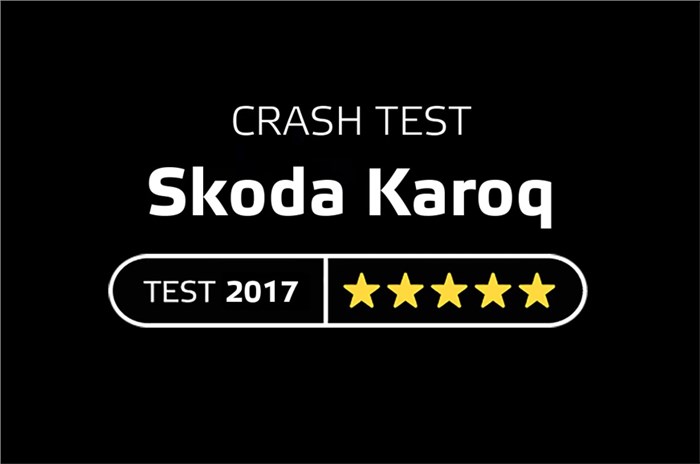 The five-star NCAP rating means the Skoda Karoq is one of the safest smaller SUVs around.

The European New Car Assessment Programme (Euro NCAP) has revealed that the Skoda Karoq has achieved a five-star rating in its crash tests.

Skoda had taken the wraps off the Karoq in May 2017 and is currently evaluating an India entry for the VW Tiguan-sized SUV.

The Czech manufacturer provides an array of safety features on the Karoq including seven airbags, Isofix child seat mounts at the front and rear, specially designed front seat headrests that reduce whiplash and a proactive occupant protection system that tightens the front seatbelts in the event of a collision and closes any open windows including the sunroof.

In terms of driver assistance systems, the SUV comes with a number of cameras as well as radar and sensor-based systems from front radar assistant, which includes city emergency braking to a lane-keeping system and camera-based traffic sign recognition system.

The Karoq follows in the larger seven-seat Kodiaq’s footsteps by being the brand’s second model to receive a five-star rating during this year. The Czech manufacturer is one of the few marques in the world whose entire model range has received a five-star rating in the Euro NCAP crash tests.