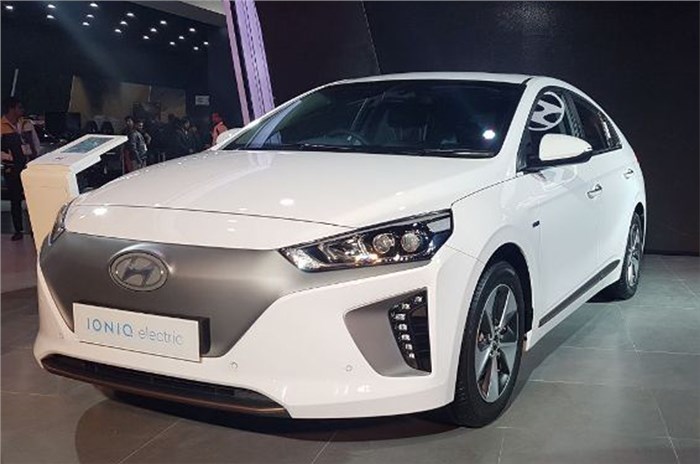 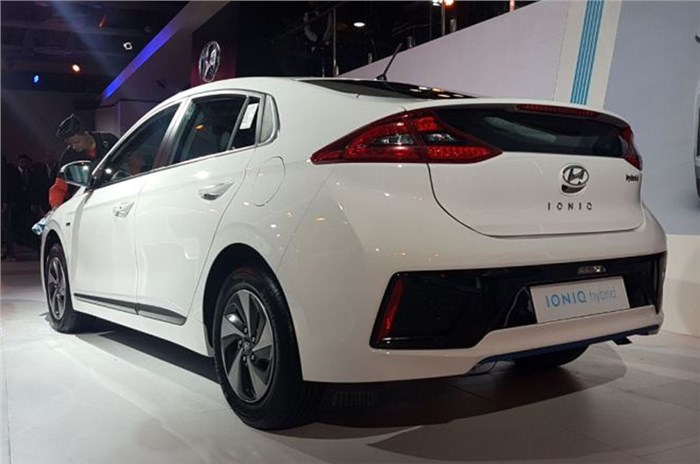 Sedan’s electric and hybrid versions act as technology demonstrators for the Korean company at the auto show.

Electric vehicles are set to become big in the very near future and Hyundai wants to give a glimpse of its expertise in the area. The Korean carmaker has brought the Ioniq EV to the Auto Expo 2018, as well as the hybrid version of the car.

As is quite evident, the Ioniq looks more concept car than production model, and you do see the very latest of Hyundai’s styling cues on it. The defining design element of the Ioniq is, without a doubt, the high-deck boot. What’s also worth noting is that the Ioniq EV and Ioniq Hybrid are not identical and differ in their details; while the latter gets exclusive copper-coloured accents, the hybrid (and plug-in version that isn’t on display at the Auto Expo) gets blue accents.

As for the Ioniq Hybrid, its electric motor produces 43hp and 170Nm of torque and draws power from a 1.56kWh lithium-ion-polymer battery that’s placed under the rear seats. Total output (engine and electric motor combined) stands at 139hp and 265Nm of torque. It has a claimed top speed of 185kph.

Interestingly, Hyundai had plans to launch the Hybrid version of the Ioniq in India. However, with the revision of the GST slabs last year that put hybrids in the highest tax bracket, the Korean carmaker decided to pull the plug on that plan. Hyundai has not confirmed if the Ioniq EV is a probable for India as yet but we do know the electric version of the Kona SUV is under evaluation for a possible India introduction.