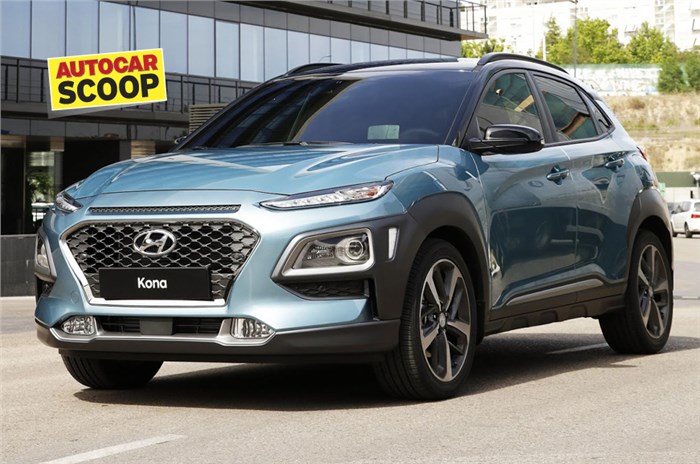 Hyundai is looking at launching the electric variant of its Kona small SUV in India next year. The SUV is set to make its global debut at the Geneva motor show 2018 and could make its way to our market towards end of the same year.

The Korean carmaker has abandoned plans to bring the mild-hybrid and full-hybrid vehicles to India due to the withdrawal of benefits to hybrids under the Goods and Services Tax (GST) regime. This move to sharpen its focus on electric vehicles is fuelled by the government's decision to bypass hybrids and switch to full-electrics by 2030. In fact, under GST, hybrid vehicles have been taxed at 43 percent, while EVs have been taxed at a lower rate of 12 percent.

"Post implementation of GST, the benefits towards mild-hybrid and strong-hybrid vehicles are continuously decreasing. So, at present, we are evaluating an electric vehicle instead of a hybrid," Y K Koo, managing director and CEO, Hyundai Motor India told Autocar India.

Hyundai recently took the wraps off the all-new Kona, which features a fresh, sophisticated design and a range of technology, including a revamped infotainment system and a head-up display, the latter being a first for the brand.

Although the Kona will be available globally with a range of petrol engines as well as Hyundai's next-generation diesel engine, India will see the electric variant only.

The Kona will join the electric Ioniq in the carmaker's global line-up. The Ioniq is equipped with a 28kWh battery developing 120hp and a claimed range of 280km. Hyundai is targeting a real-world range, upwards of 250km, for the electric Kona.