The 45 Concept previews the Korean carmaker’s upcoming all-electric car; its name denotes the number of years since Hyundai’s first car, the Pony, was previewed as a concept. 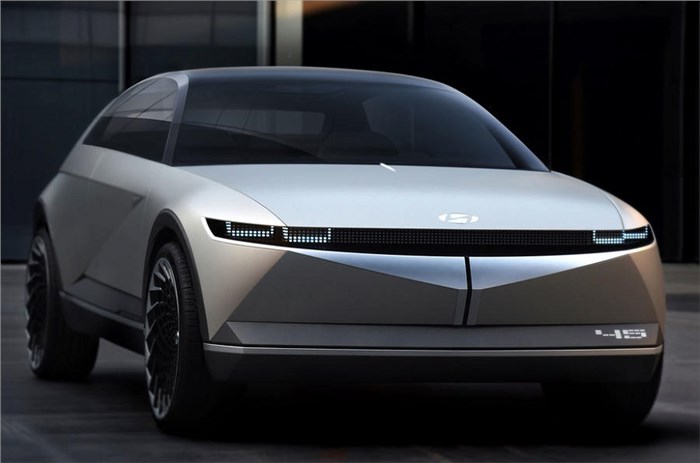 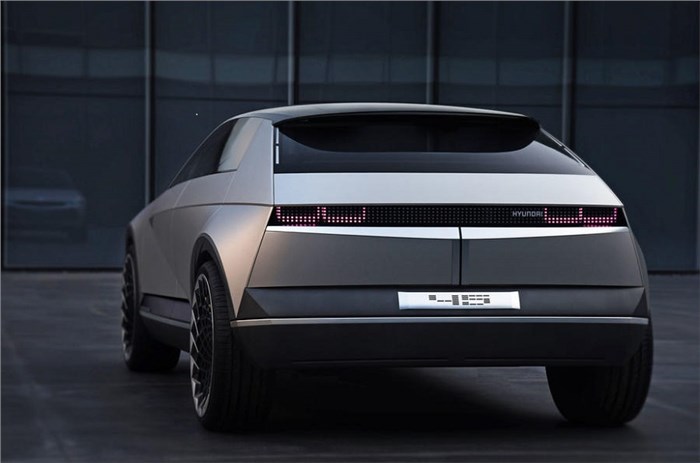 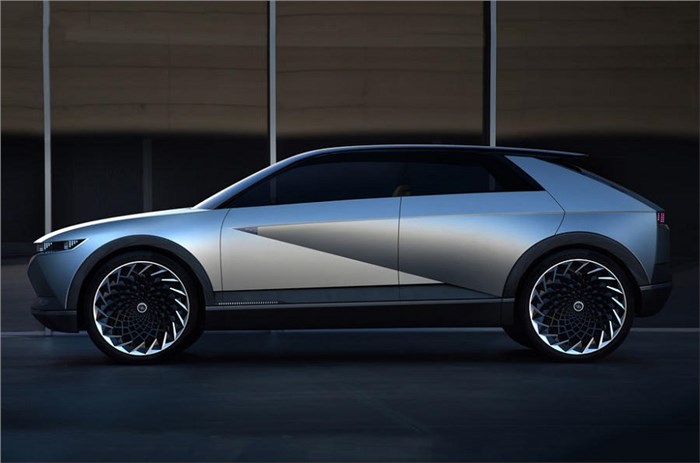 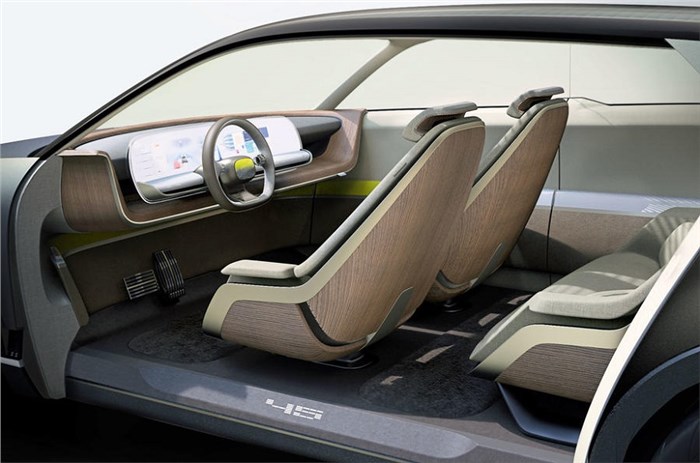 Hyundai has revealed a new all-electric concept, the 45, at the 2019 Frankfurt motor show. The 45 name marks the number of years since the brand’s first production car was previewed by the 1974 Hyundai Pony Coupé concept designed by Giorgetto Giugiaro. The model takes design inspiration from that car, too, with clean lines said to be inspired by 1920s aircraft. The name also reflects in the 45deg angles of the front and rear window lines. Hyundai design chief Sangyup Lee said that “the typology is taken from the 1974 concept – it’s simple, and pure.” The 45 is tipped to preview the future shape of an all-electric car which is likely to go into production in the coming years.

The decision to drawing on the work of 45 years ago draws from the fact that Hyundai considers the production version of this concept to be the first of a new era of dedicated electric vehicles from the company. “The 45 signifies a new beginning, so we looked at the beginning of our company,” said interior design chief Hak Soo Ha. Hyundai feels that it will now be competing “on a level playing field” and because the major manufacturers have very little EV heritage, he added, “We’ve been followers. Now we want to be leaders.”

The 45’s crisp modernisation of Giugiaro’s design will be part of a suite of Hyundai design styles, with the brand planning to develop more distinctive designs for each of its models. It will also visually differentiate its electric cars from its combustion-engine models. “Looking forwards and backwards helps us diversify our portfolio,” said Lee. “This will be the language for just one electric car. The next EV will be completely different.”

The 1974 concept’s original front-end shape has been reinterpreted in what Hyundai calls a “kinetic cube lamp” design – essentially a panel of LEDs that acts as the headlight, and also produces a theatrical light display on start-up. The same effect is created at the rear. Hyundai employs LEDs for the 45’s badging as well. Meanwhile, a charge indicator at the bottom of the doors allows the driver to quickly see how far they can drive before getting in.

The high waistline contrasts with what looks like an all-glass roof-and-pillar combination, with blacked-out structural elements and two panoramic glass roof panels with retro, slatted sun blinds in the cabin. Technology developments showcased on the 45 include a camera monitoring system, which is said to leave room for “self-driving system applications.” As is now common on concepts, cameras replace the side mirrors and are kept clean by a lens that rotates past a brush.

The interior is even more minimalist than the exterior and dispenses with a centre console. The designers have employed a mix of fabric, wood and leather inside. The dashboard is dominated by a substantial screen that combines the instruments and infotainment. Hyundai claims that the latter can be controlled via a “projection beam interface.”

The firm says that 45’s interior is a pointer towards the world of autonomous cars. Lee also states that the 45’s generous width and flat floor provide living room-like space, the battery pack that lives beneath offers potential for underfloor heating and cooling. The production-spec version will neither be fully autonomous, nor have clamshell doors, but one may expect furniture-like interior architecture and warm, inviting materials. “You won’t be disappointed,” added Lee, referring to the production version.

Interior space is maximised by the batteries being set in a skateboard-style floor, allowing Hyundai to “create a space that feels like a living room with new pieces of furniture.” There’s lounge-style seating front and rear and the driver and front passenger get one, unbroken footwell.

No powertrain details were revealed for the concept other than it being an all-electric car.