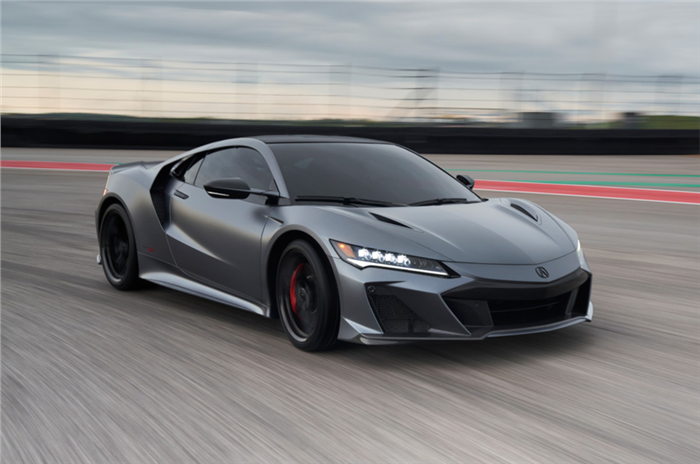 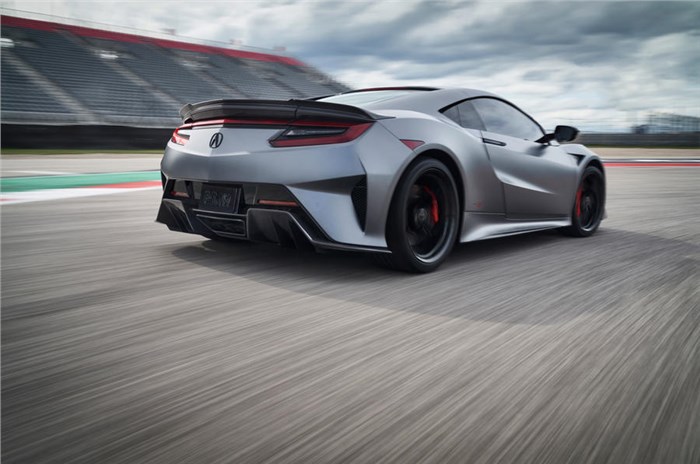 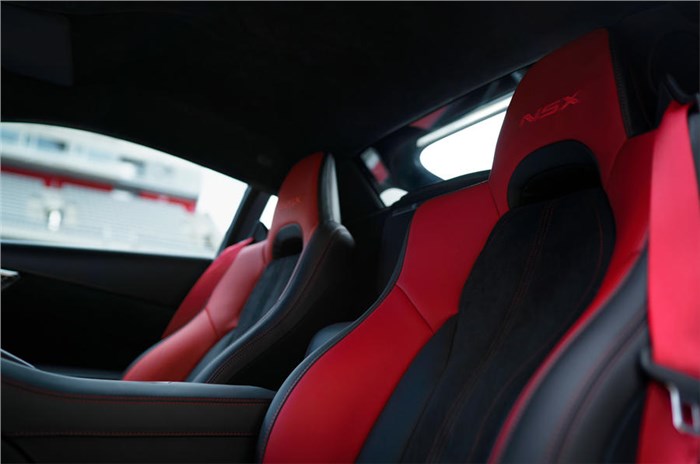 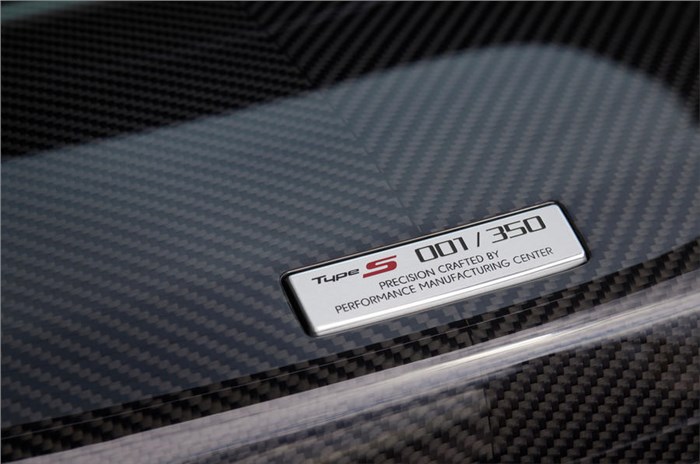 The Type S is limited to 350 units and gets an uprated version of the standard NSX’s V6 hybrid powertrain.

Honda has unveiled the final edition of the NSX supercar, dubbed Type S. The firm has boosted the output to 600hp for the limited-run model that will serve as the "ultimate" version of the hybrid V6 supercar. The 350 units of the NSX Type S will be the final examples of the machine produced at Honda USA's factory in Marysville, Ohio, where the second-generation model has been built since it was launched in 2015.

The NSX Type S features reworked exterior styling, that include a revised front end with larger air intakes and a downforce-generating spoiler, along with a new rear that includes a larger diffuser to add high-speed stability. A carbon fibre roof is standard and there are new Type S badges, red styling accents and the option of a new matt paint finish. Interior styling additions include an Alcantara headliner and embossed NSX and Type S logos on the glove compartment and headrests.

The Type S has a total combined output of 600hp and 667Nm from a 3.5-litre V6 hybrid. The power, which sees a bump up from the 573hp/646Nm offered on the standard NSX, has been achieved by fitting new fuel injectors, intercoolers and turbochargers from the NSX GT3 racer.

NSX engineers have also improved the hybrid battery's usable capacity by 20 percent, and its output by 10 percent. The 9-speed dual-clutch automatic gearbox has been retuned for greater performance, with faster upshifts and more aggressive downshifts.

The gearbox also features a new rapid downshift button that allows drivers to skip several gears by holding the downshift pedal, and in Sport and Sport+ mode, the clutch now engages 50 percent faster.

Honda says it has reworked the suspension of the NSX Type S to offer increased performance and "emotional connection". The NSX Type S sits on bespoke Pirelli P Zero tyres with new lightweight alloys, and uses standard Brembo brakes (six-piston items at the front, four-pistons at the rear).

The new model will also be offered with a Lightweight Package, which adds a high-gloss carbon fibre engine cover, carbon-ceramic brakes and interior carbon fibre elements, reducing the car’s weight by 26.2kg.

Honda India is currently gearing up to launch the Amaze facelift in the coming days. The Japanese carmaker is also looking to introduce the City Hybrid and an all-new midsize SUV based on the City’s platform in 2023. The present Honda India line-up includes the Amaze compact sedan, the Jazz premium hatchback, the WR-V crossover and the City mid-size sedan.

NSX Type S to be the final version of Honda's supercar