All variants of the Honda City now come with speed warning and seat belt reminder alarm; prices remain the same. 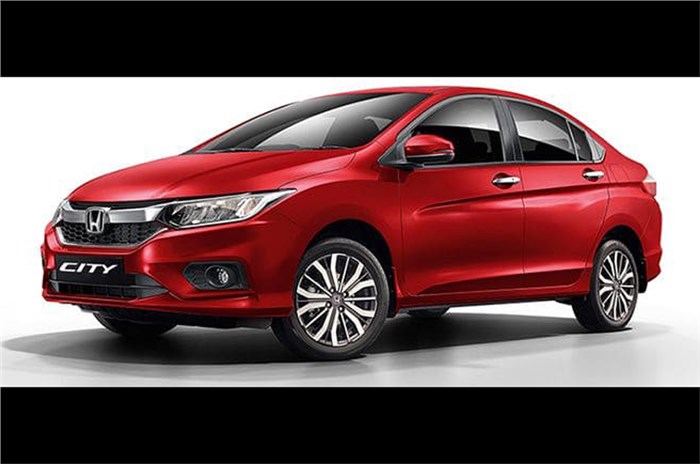 Honda Cars India has added more safety features to its entire City sedan line-up, but has kept the prices unchanged, at Rs 9.72 lakh-14.07 lakh (ex-showroom, Delhi). Honda City models manufactured after May 28, 2019, have been equipped with a speed alarm system that beeps once at 80kph and then follows with continuous beeps once the car touches 120kph.

Additionally, the City now also comes with a front passenger seat belt reminder. These additions are in accordance with the government mandate that calls for all vehicles built after July 1, 2019, to come with these safety features, along with a standard driver airbag and ABS. All variants of the Honda City sedan already come with standard dual airbags and ABS.

The current-gen Honda City in India is on sale since 2014 and it received a facelift in early 2017. The sedan is equipped with a 119hp 1.5-litre petrol engine that’s mated to a 5-speed manual transmission and delivers a fuel efficiency of 17.8kpl. Honda has already begun work on the next-gen car, which will be slightly bigger than the outgoing model and will see a corresponding increase in cabin room as well. Key rivals to the City include the Maruti Suzuki Ciaz, Hyundai Verna, Volkswagen Vento, Skoda Rapid and the Toyota Yaris.

Honda is also expected to launch the HR-V SUV in India, later this year.