Honda City facelift in the works; could launch by 2024

The Honda City facelift will likely get mild styling tweaks and more features. 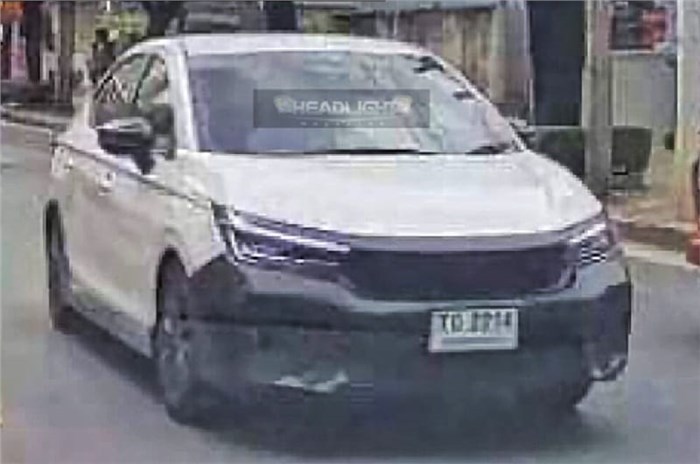 Honda has begun work on the mid-life update for the fifth-gen City. A Honda City facelift test mule was sighted in Thailand where the model is expected to go on sale first. The facelift will see minor changes to the exterior and interior design, and is likely to continue with the same powertrain options as the existing model, depending on the market.

The spy pictures suggest that the Honda City facelift gets minor design tweaks, including a restyled front bumper with new fog lamp housing and airdam. While there is no image showing the rear end of the car, it is likely that the City facelift will feature restyled rear bumpers as well. On the inside, it is likely that Honda will revise the infotainment system and add more equipment.

The refreshed Honda City is expected to come with the same 1.5-litre petrol, as well as the petrol-hybrid option, available on the current model. Honda will ditch its diesel engine line-up early next year, as the brand prepares to transition to the BS6 Phase 2 norms. This means that the refreshed City will not come with a diesel engine, similar to other Honda models that will continue to be on sale post April 2023.

Honda has already announced that the current-gen Jazz, WR-V and fourth-gen City will be discontinued soon. The Amaze and the City will soldier on and will be joined by an all-new Creta-rivalling SUV.

Honda Drive to Discover 11: Sedan hopping from Bengaluru to Kochi