Honda Accord recalled in India to replace Takata airbags

3,699 Accords manufactured between 2003 and 2006 have been affected by the recall to fix the faulty airbag inflator module. 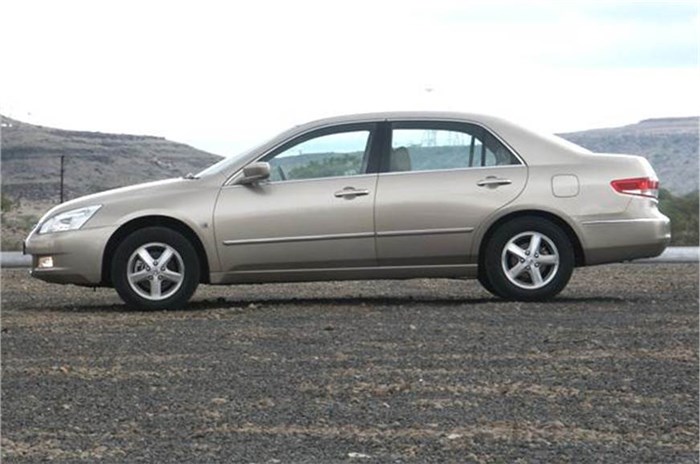 Honda Cars India has announced a recall for the Accord in order to preemptively replace the faulty front airbags inflators sourced from Japanese company Takata. The recall issued in India is part of a precautionary global recall campaign by Honda.

The recall will affect 3,699 units of the Accord manufactured between 2003 and 2006. The replacement of the faulty part will be carried out at Honda dealerships across the country from April 18, 2019, and at no cost to owners. While Honda will get in touch with the 2003-2006 Honda Accord owners directly, they can also check if their cars are affected by the recall by submitting the 17-character alpha-numeric Vehicle Identification Number (VIN) on the brand's microsite or by getting in touch with dealers.

This is the second recall announced by Honda India in the recent past, to fix an issue pertaining to the Takata airbags; the first was in January 2018 and affected 22,834 units of the 2013 Accord, City and Jazz.

Many carmakers including Tesla, BMW, Mercedes-Benz, Volkswagen, Subaru, and Ferrari have announced recalls to replace the airbag module. In February this year, about 1.7 million models in the US were recalled due to the same issue.

The model that has been recalled is the eighth-gen Accord and not the ninth-gen model that is currently on sale in India as the Accord Hybrid, which is priced at Rs 43.21 lakh (ex-showroom, Delhi). The 10th-generation model is already on sale in international markets and is likely to come to India later. Unlike the current gen, which has been brought in as a CBU, Honda is expected to locally assemble the new Accord in India.