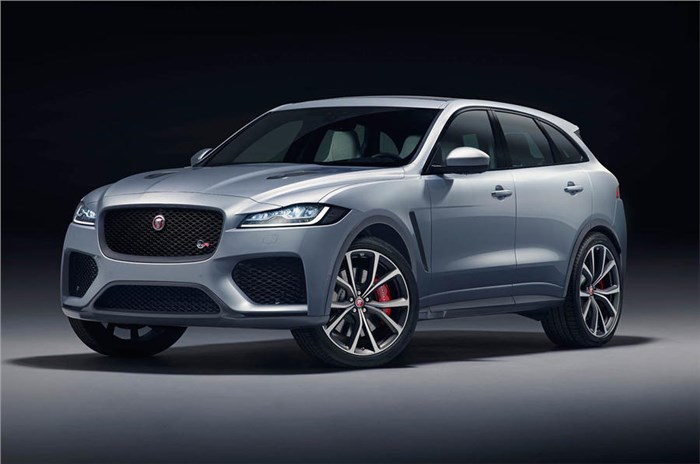 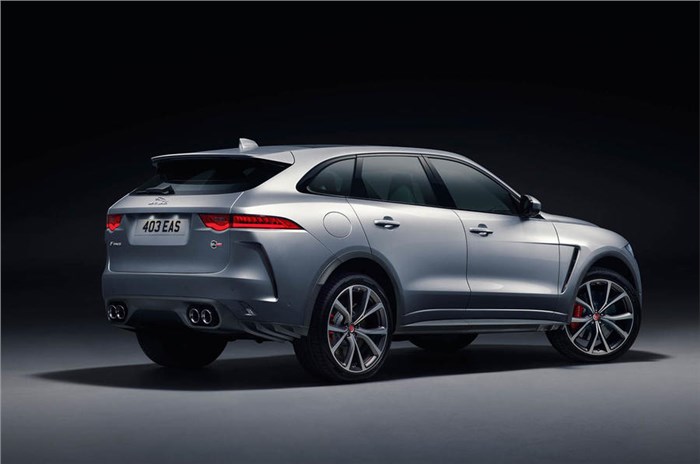 The F-Pace SVR is the second Jaguar SVR after the F-Type and has been developed by JLR’s Special Vehicle Operations (SVO) division.

Powered by a 550hp/680Nm supercharged 5.0-litre V8 petrol engine, the high-performance SUV delivers a 0-100kph time equalling that of the original F-Type V8 S’s 4.3sec, despite the new car’s 2,070kg kerb weight. Intriguingly, it has been launched before any high-performance versions of Jaguar’s new saloons.

Highlighting the rate of development of modern cars, it also matches the 0-100kph acceleration of the last-generation Audi R8 V10, launched in 2009. The F-Pace SVR’s top speed is rated at 283kph. As such, on paper, it outpunches such rivals as the Porsche Macan Turbo, which, in Performance Package set-up, produces 434hp, hits 100kph in 4.4sec and has a top speed of 272kph. Jaguar used the Macan as a benchmark in the development of the car, along with performance estates from Audi Sport and Mercedes-AMG.

Although the V8 has been used across previous Jaguar and Land Rover models in various states of tune – including in a more powerful 575hp form in the F-Type SVR and Range Rover Sport SVR – the SVO engineering team has worked on giving it bespoke characteristics to suit the SUV’s dynamic abilities.

A key component of the car’s dynamic performance is Jaguar’s rear Electronic Active Differential (EAD). The SVR model is the first F-Pace to use this system. It was initially developed for the F-Type and plays a central role on the SVR version of that car, helping to maximise torque to each wheel with the car’s all-wheel drive system. It has been tuned specifically for the F-Pace SVR, as has the adaptive suspension, electronic power-assisted steering set-up and the available driving modes, the most aggressive of which is called Dynamic and initiates faster gearshifts, sharper throttle responses and more alert steering behaviour.

Jaguar also says it has fitted springs that are 30 percent stiffer than the standard F-Pace’s at the front and 10 percent stiffer at the rear. Combined with a new anti-roll bar, they contribute to a 5 percent reduction in body roll.

However, SVO dynamics manager David Pook said the F-Pace SVR is not an overly firm car with an uncomfortable ride and offers greatly different characteristics between its driving modes.

Both new wheel designs were created to deliver greater airflow to the larger 395mm front and 396mm rear brake discs. Again, the two-piece discs were constructed to a new design to be lighter and thereby enhance the F-Pace SVR’s handling, although Jaguar has not revealed the scale of the weight savings.

Continuing the theme of saving weight, the F-Pace SVR features an exhaust that is 6.6kg lighter than the standard car’s, as well as allowing increased gas flow to reduce back pressure and extract more performance from the car. The system also features Jaguar’s so-called Variable Valve Active Exhaust, which generates enhanced sound as more focused driving modes are selected.

Aerodynamic enhancements include larger air intakes at the front and side of the front bumper. These lower the pressure in the wheel arches, reducing lift and providing extra cooling while optimising high-speed stability. The bonnet is also resculpted and features vents to extract hot air from the engine bay.

At the rear, the remodelled bumper houses quadruple tailpipes and incorporates side strakes that aid aerodynamic performance by smoothing airflow away from the rear of the vehicle. The F-Pace SVR also has a distinctive rear spoiler to reduce lift and drag and aid high-speed stability.

Inside, the car is differentiated from standard models by lightweight front seats, which provide enhanced lateral support and feature an embossed SVR logo, and the addition of an SVR-branded steering wheel that has aluminium paddle shifters fitted behind it. Buyers can select four bespoke SVR interior colours, ranging from red to pale grey. The rear seats, meanwhile, are also heavily sculpted to hold occupants in place. Interior space and boot capacity remain unchanged.

Intriguingly, Jaguar has described the F-Pace SVR as “the fastest and most powerful F-Pace yet”, suggesting that even quicker versions – perhaps in the vein of the Project 7 F-Type and Project 8 XE – could be possible.

The F-Pace SVR has potential for the Indian market seeing as Jaguar already retails the F-Type SVR here at Rs 2.57 crore (ex-showroom, India) and there is a demand for large luxury performance SUVs. The standard F-Pace is availabel at Rs 60.02 lakh (ex-showroom, India) in a siongle trim with the 180hp, 2.0-litre diesel engine. 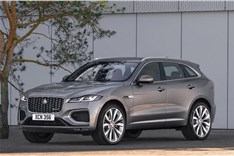 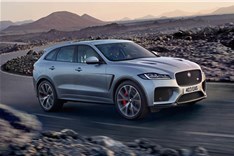 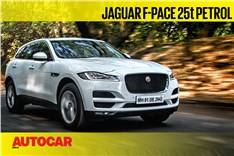