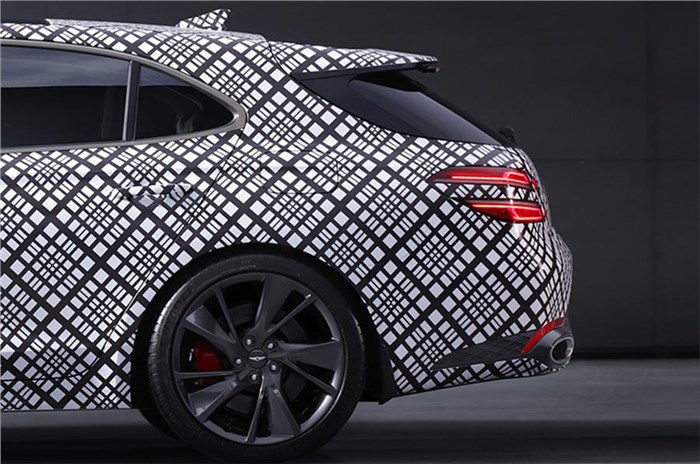 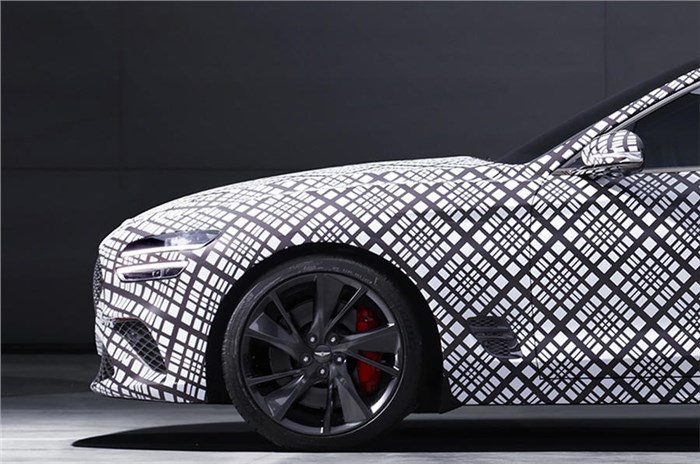 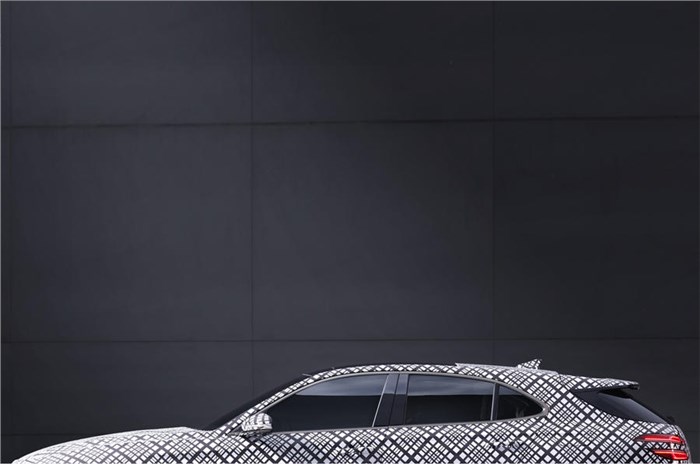 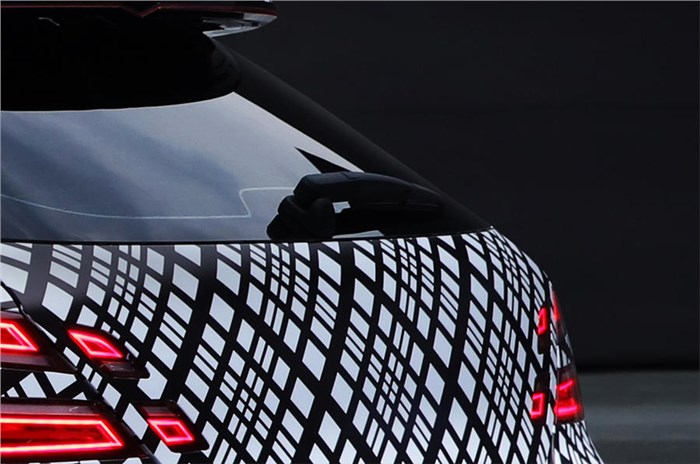 New G70 body style to go up against the likes of the BMW 3 Series Touring and Mercedes C-class Estate in international markets.

The teasers, a series of cropped images, show an estate version of a camouflaged car. While Genesis hasn't named the model, the dimensions suggest it's the G70 Shooting Brake. Prototypes of the car have been spied testing in Europe on several occasions.

The BMW 3 Series- and Audi A4-rivalling G70 was launched in other markets in 2017 and received a major makeover last year.

The G70 Shooting Brake will follow the styling cues of the sedan including the split headlamp and tail-lamp set-up and the vent behind the front wheel. However, the estate is tipped to feature bespoke styling elements at both, the front and the rear.

The teasers also show the altered roofline of the sedan very clearly along with the prominent roof mounted spoiler and the raked wrap-around rear windscreen flowing under it.

We had reported back in 2019 that Genesis was looking to enter the Indian market, with the first model set to be an SUV. The brand currently has two SUVs on sale in global markets – the GV80 and the Hyundai Tucson-based GV70 – though it’s not yet known which could be the first to arrive.

Earlier this year, the Genesis G80 was also spotted on Indian roads though it remains uncertain if and when it would arrive. Coming to the estate derivative of the G70, with the body style not very popular in the Indian market it is unlikely that it could be offered in India.