Fresh SUV from Hyundai's luxury brand will rival the Q5, GLC and the X3; could come to India as well. 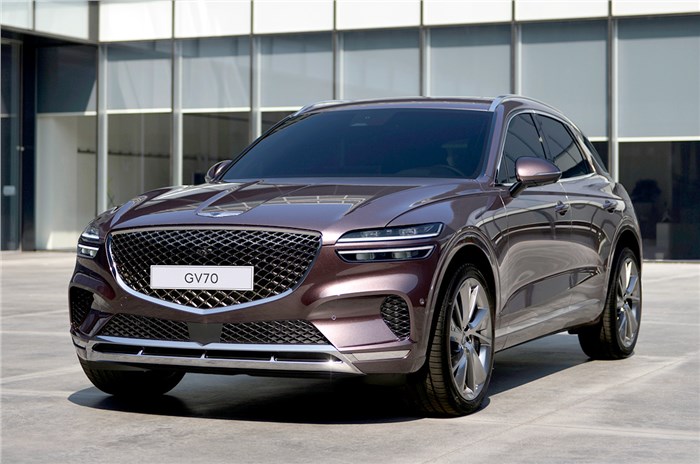 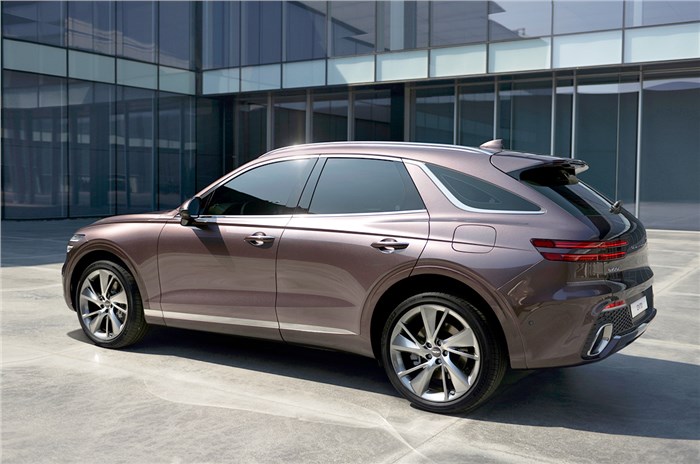 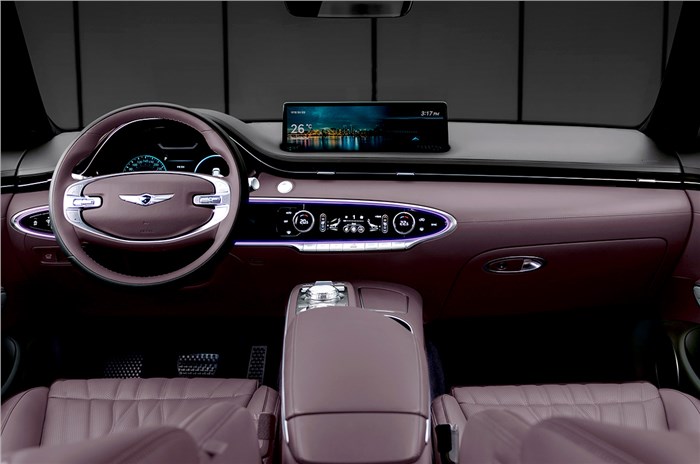 The Genesis GV70 SUV is the brand's second luxury SUV that will sit below the full-size GV80 globally. For those who don't know, Genesis is Hyundai's luxury brand that takes on the likes of equivalent models from brands like Lexus, Mercedes-Benz, Audi, Jaguar and Infiniti to name a few.

The ramp-up towards Genesis’s European launch continues with the reveal of its latest model, the GV70 SUV. The new Genesis GV70, Genesis’s fifth model after the G70, G80 and G90 saloons, and the larger GV80 SUV, is intended to compete head on with the likes of the Audi Q5, BMW X3 and Mercedes-Benz GLC in the booming mid-size premium SUV segment.

Genesis, the premium arm of Hyundai, launched as a standalone brand in 2015 in the likes of the US and its native Korea, is basing all of its models on a rear-drive architecture with optional all-wheel drive, and the new GV70 is no exception.

As such, it is set to be one of the key models in Genesis’s European launch, which was originally intended for this year but will now likely happen next after Genesis only recently, started assembling a senior executive team headed by former Audi sales boss, Dominique Boeschto to oversee the launch.

Other technical details for the new SUV have yet to be confirmed, however, for the GV70, although engines are likely to mirror the recently-revised G70 and include a 245hp, 2.0-litre turbocharged petrol engine and a 196hp, 2.2-litre diesel. Sources tell us that the GV70 shares most of its underpinnings with the recently unveiled, 2021 Hyundai Tucson SUV.

Official pictures of the new GV70 reveal an exterior design familiar from that of the larger GV80 SUV, and an interior that borrows plenty from the G70. Two versions will be offered and have been pictured at the car’s reveal - a standard version and a Sport model.

The first all-electric Genesis is also planned next year, according to Hyundai’s Strategy 2025 roadmap, with more to follow from 2024.

We revealed back in July 2019, that Hyundai was evaluating a market introduction of the Genesis brand in India via the CKD route to avoid hefty import taxes on fully built imported units.  The GV70 being based on the Tucson platform and with the brand's European launch plans, it will come with a RHD option and could be one of the first models from the brand to come to India.  Genesis has registered a long list of trademarks in India for their future electric vehicles as well, however, the brand is yet to unveil an electric vehicle globally.