Ford has axed five variants from the compact SUV’s line up; Titanium variants now get a sunroof. 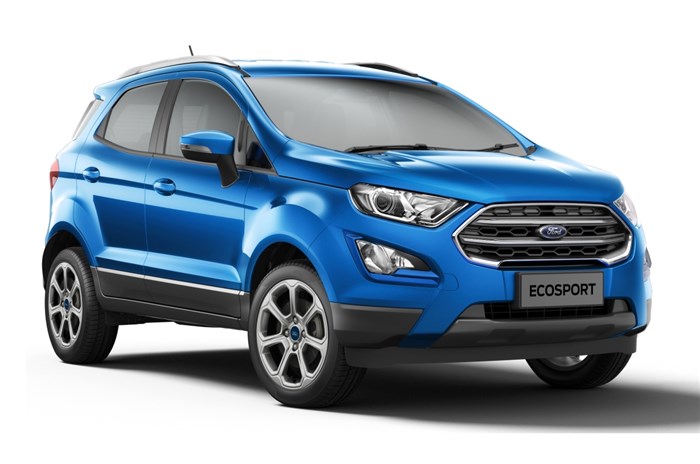 Ford India has updated the EcoSport’s line-up for 2021, by reducing prices, axing variants and adding features. Contrary to the market trend where carmakers are increasing prices following the start of a new calendar year, Ford has slashed prices for the compact SUV by up to Rs 39,000. However, this is not the first time Ford has reduced prices for the EcoSport; the carmaker also slashed prices of the compact SUV in 2019.

Ford has discontinued three petrol variants – Titanium AT, Thunder MT and Titanium+ MT – from the EcoSport’s petrol line-up. At Rs 7.99 lakh, the petrol range now starts Rs 20,000 lower than earlier. The top-spec Titanium+ automatic is also priced Rs 39,000 less than earlier. Only one variant sees a price hike – the Titanium – and that too by just Rs 1,000.

As far as the diesels go, Ford has axed the Titanium+ and Thunder variants. The company has also slashed prices of two variants of the diesel EcoSport – the Trend by Rs 35,000 and the top-spec S by Rs 24,000. Prices for the Ambiente and Titanium variant remain the same as before.

Along with changing prices, Ford also added a sunroof to the mid-spec Titanium variant based on customer response. The sunroof was earlier offered only on the Titanium+ and S variants only. Ford also mentions that the Titanium+ variant has made way for “an exciting update” coming soon on the EcoSport. This could likely be the EcoSport turbo-petrol variant, which is expected fairly soon.

For now, the EcoSport can currently be had with either a 123hp, 1.5-litre petrol or a 100hp, 1.5-litre diesel engine, with the former available with an automatic gearbox option. The upcoming aforementioned EcoSport turbo-petrol is set to use the Mahindra’s 130hp, 1.2-litre mStallion T-GDI engine and is due to launch in the first quarter of 2021.

Ford in India: the way forward

The American carmaker currently sells the Figo, Aspire, Freestyle, EcoSport, Endeavour and Mustang in India. Recently, Ford’s joint venture with Mahindra was called off, with both automakers mutually and amicably deciding that “they will not complete a previously announced automotive joint venture between their respective companies.” However, despite the joint venture being called off, Mahindra and Ford will stick to their original plan to jointly produce the mid-size C-SUV and other models in India.