Ford C-SUV for India on track for 2022 launch

Despite the joint venture being called off, Mahindra-Ford will stick to the original plan for the C-SUV, among other models. 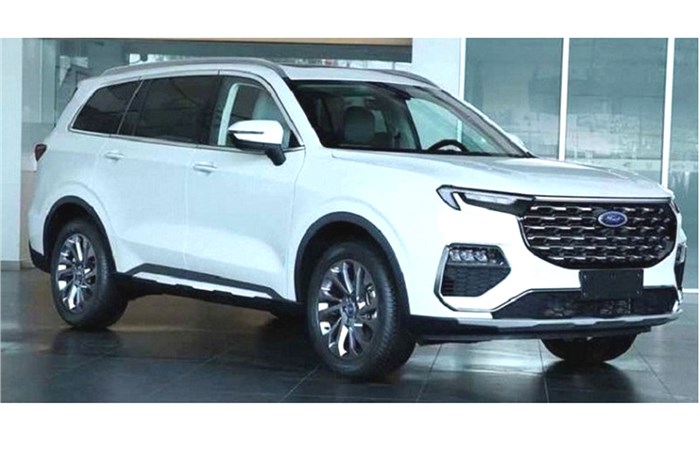 Mahindra and Ford will go ahead with the plan to jointly produce C-segment SUVs for the Indian market, despite both companies calling off the proposed joint venture.

Ford C-SUV for India:  What's the plan ahead

While both the brands have mutually agreed to call of the proposed joint venture, Ford's version of Mahindra's upcoming XUV500 (W605) will still see light of day. Ford and Mahindra had decided to jointly work on the new C-segment SUV under a separate agreement called "Project Black".  Both brands had begun work on this SUV a while ago and having made significant investments, the project is in an advanced stage of development. This new SUV from Ford, as reported by us first, will share its underpinnings with the new XUV500, which is expected to see a market launch by April this year. The Ford version is expected to arrive in showrooms after a gap of around eight-to-nine months, which means an early 2022 debut can be expected.

Ford C-SUV for India: What we know so far

While both SUVs will share a lot of common bits, including the powertrain and underpinnings, both models will have a unique exterior and interior design In addition, like the new XUV500, both will have familiar styling cues from the brand's respective ranges - the Ford version is expected to have styling cues from other newer Ford SUVs like the new Ford Equator (pictured) that are on sale overseas. While test-mules of the next-gen XUV500 (W601) have been spotted regularly across the country, there hasn't been a single sighting of the Ford version yet. Ford's C-SUV for India will be the brand's second three-row offering, after the Endeavour, but will sit at a much lower price point, thus filling the much-needed gap between the Ecosport and the Endeavour in Ford's India line-up.

Along with the C-SUV project, the decision for Mahindra to supply its 1.2-litre TGDi turbo-petrol engine to Ford for the EcoSport, as announced earlier, also stays in place. This engine will essentially be a replacement for the EcoSport 1.0 turbo-petrol variant that was discontinued last year just before BS6 norms came into effect. This version of the EcoSport is expected to launch later this year.