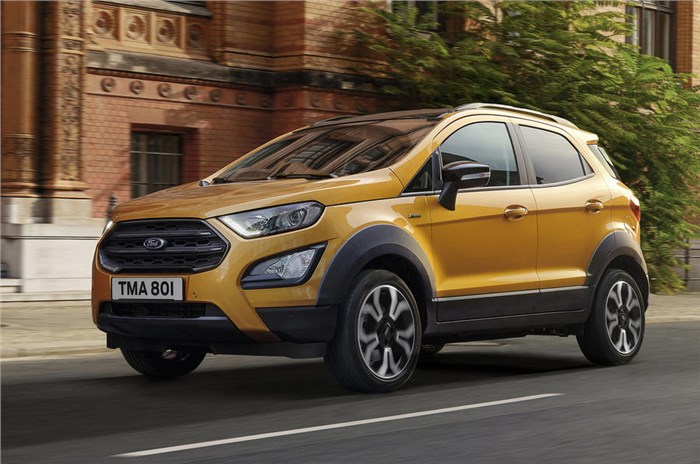 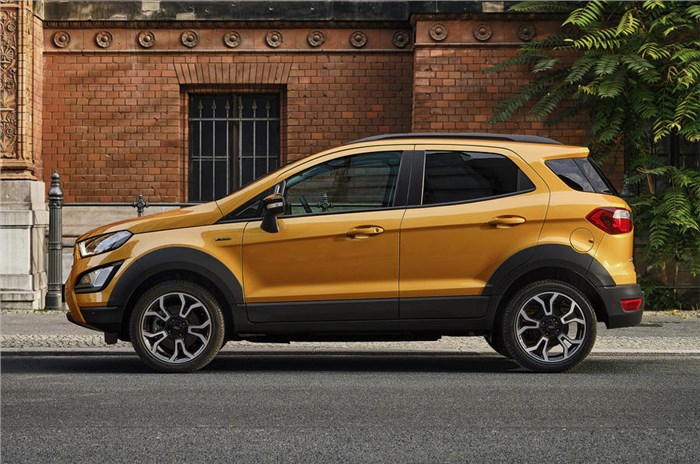 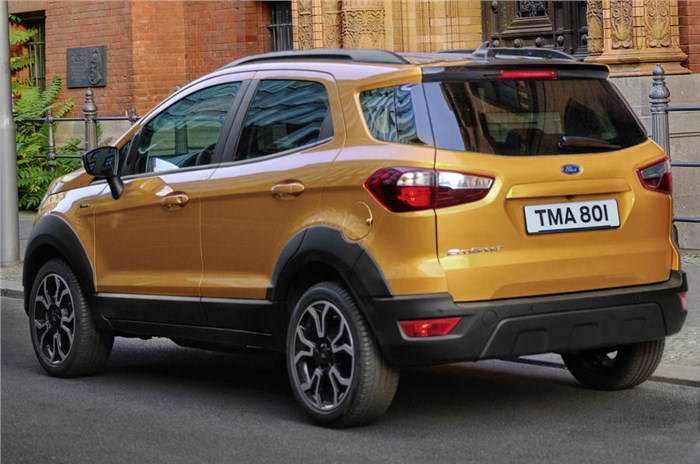 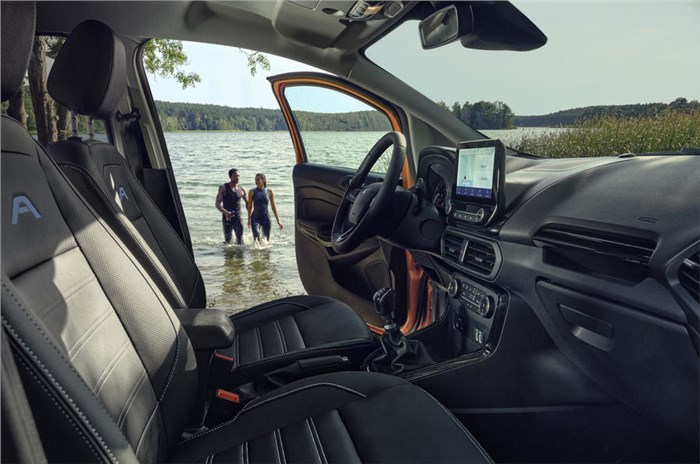 The more off-road inspired Ford EcoSport Active has been revealed in Europe. The EcoSport is the latest in the carmaker’s international range to receive a more rugged iteration, following the Fiesta and Focus hatchbacks.

Sitting at the top of the range, the EcoSport Active is aimed at helping "adventure-loving customers get the most from their active lifestyles". The new trim option brings more off-road-inspired visual addenda such as chunky black plastic wheel arches and side skirts, while a subtle suspension lift offers improved ability over rough terrain.

Interior tweaks over existing trim levels are minimal, with the new variant marked out primarily by its leather seats with 'Active' badging in the backrest.

Interestingly, Ford also sells a rugged version of the EcoSport in South America. Called the EcoSport Storm it is powered by a 2.0-litre engine that runs on petrol or ethanol and also gets four-wheel drive.

The EcoSport remains available with a choice of two 1.0-litre, three-cylinder petrol engines or a 1.5-litre diesel, all of which drive the front wheels via a 6-speed manual gearbox.

Moving to the domestic market, the India-spec car gets a different tailgate and rear bumper to the Euro-spec EcoSport, owing to the spare-wheel mounting. The India-spec model also lacks the option of Ford’s 1.0-litre EcoBoost turbo-petrol engine, as the unit was dropped from the line-up when the compact SUV was upgraded to meet BS6 regulations. The EcoSport can currently be had with either a 1.5-litre petrol or diesel engine, with the former available with an automatic gearbox option.

However, the EcoSport is expected to soon see the reintroduction of a turbo-petrol engine option. As part of Ford’s partnership with Mahindra, the carmaker is set to use the latter’s 1.2-litre mStallion T-GDI engine in the EcoSport. The unit was featured in the Mahindra XUV300 Sportz at the 2020 Auto Expo where it developed 130hp and 230Nm of torque – the discontinued 1.0-litre EcoBoost unit made 125hp and 170Nm in comparison.

Also in the works are a range of shared Ford-Mahindra products including a Mahindra Marazzo-based Ford MPV, an SUV based on the upcoming second-gen XUV500 and a new B-segment SUV.

Should Ford launch the EcoSport Active in India? Let us know in the comments below.