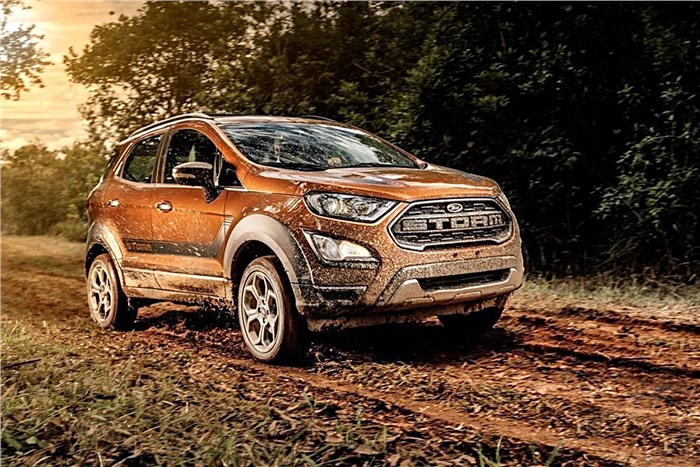 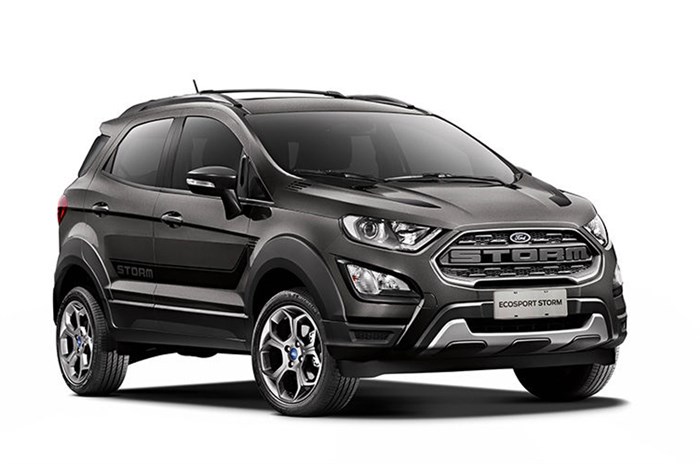 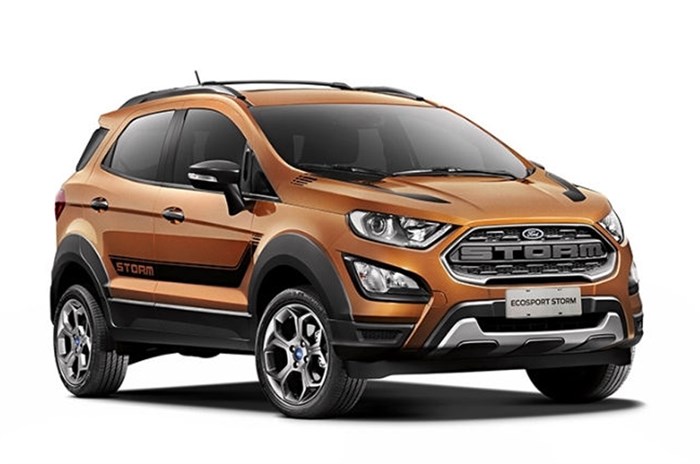 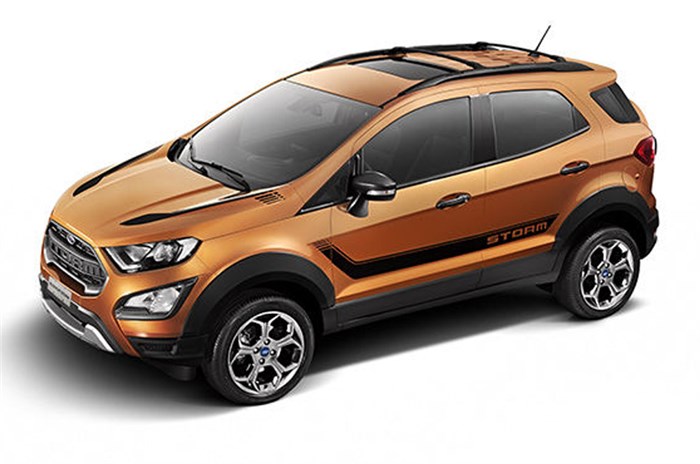 The EcoSport Storm gets 4WD and rugged cosmetic changes compared to the standard model; introduced in South American markets.

Ford has officially taken the wraps off the EcoSport Storm, a new, more rugged variant of the compact SUV for South American markets. The American manufacturer had teased the new model earlier, after which, images and the fact that it has all-wheel-drive had leaked.

The four-wheel-drive system, this model’s party piece, sends power to the wheels via a six-speed torque converter automatic from a 2.0-litre engine that produces different outputs based on whether the fuel used is petrol or ethanol. If the former, it makes 170hp and 202Nm of torque, though on the latter, it makes 176hp and 221Nm of peak torque. Paddle shifters are offered as standard. The addition of the four-wheel-drive system has seen weight increase to 1469kg, up by 110kg over the standard model sold there.

In a bid to increase the model’s off-roading credentials, the suspension set-up has been revised significantly. Ford claims that this has resulted in a 15 percent improvement in shock absorption and a 40 percent reduction in steering wheel vibration.

The visual changes to the EcoSport Storm had been leaked earlier and include a new front grille with Storm badges (in Ford Raptor style) on the centre, black cladding, garnish and strips all around, Storm badging and decals, black roof rails and a sunroof. The shade of brown that the car has been showcased in is also new for the model. The 17-inch alloys are new and shod in standard (not off-road) Michelin tyres.

As the teaser had shown, the central console gets a dual-tone orange-grey finish and the seats and steering have been upholstered in leather. The Storm name also features on back of the front seats. Equipment levels are on-par with the top-spec Titanium trim available for the market and includes automatic headlamps, a multifunction steering wheel with reach and rake adjustment, a height adjustable driver's seat and an 8.0-inch Sync3 touchscreen infotainment system with Android Auto and Apple CarPlay compatibility and navigation.

The EcoSport Storm is based on the facelift model currently sold in India, which is available only with front-wheel-drive and two engine options – a 123hp, 1.5-litre Dragon petrol engine and a 100hp, 1.5-litre diesel motor.

Ford has not said anything about bringing the EcoSport Storm to India, where it would be a niche but desirable offering. The American carmaker is expected to launch the refreshed Mustang, facelifts for theFigoandAspire, and across-hatch based on the Figoin the coming months.

2017FordEcoSport: Which variant should you buy?