With its twin-turbocharged 3.0-litre petrol V6 pumping out more than 400hp, Bronco Raptor is the most powerful road-legal Bronco model yet. 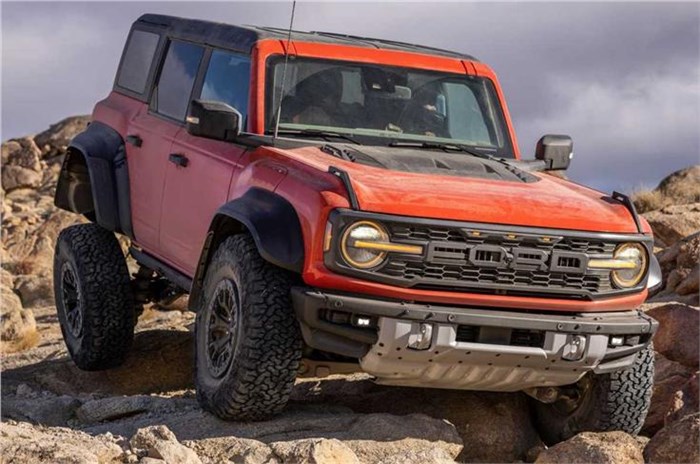 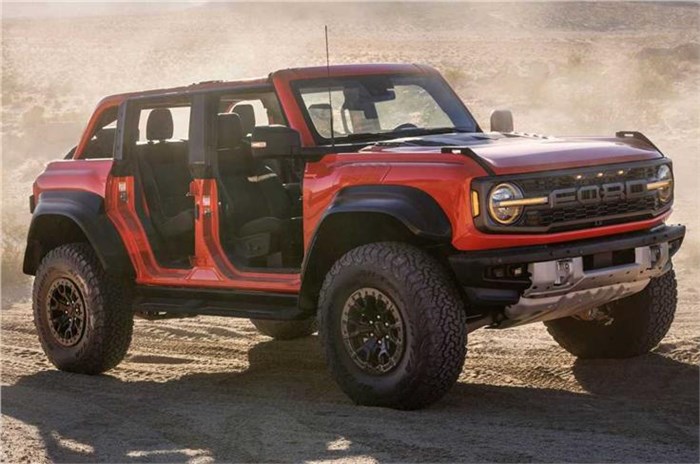 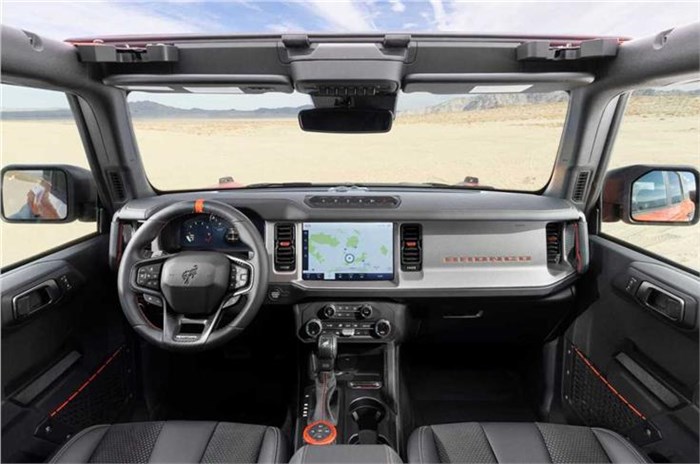 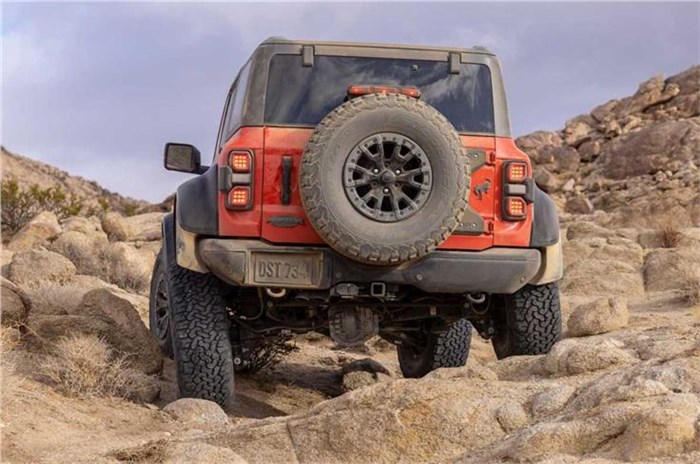 Ford has introduced a hardcore variant of its popular Bronco SUV, christened the Bronco Raptor, equipped with a raft of off-road-focused upgrades. These add-ons on the reborn SUV are aimed to make it "capable of highway-speed desert-dune conquering and Baja rock-crawling", according to Ford.

Like the standard Bronco, the Bronco Raptor remains a US-only proposition for now, but it's similar in its positioning and claimed capabilities to the Ford Ranger Raptor pickup truck which is sold in multiple overseas markets.

It's the third entry into Ford's revived Bronco model line, following the full-size Bronco and road-focused Bronco Sport that were launched last year, and the third Raptor model, after the range-topping versions of the Ranger and F-150.

Like its Jeep Wrangler Rubicon rival, the Bronco Raptor's doors and roof can be removed for an open-air driving experience.

But the Raptor package extends far beyond aesthetic upgrades. The shock towers have been re-engineered to increase wheel travel (by 60 percent at the front and 40 percent at the rear), the B- and C-pillars have been strengthened to boost body rigidity, there are larger driveshafts that can withstand higher torque output and it even gets an uprated clutch "designed to withstand the demands of high-performance desert events."

Not only that, but the Bronco Raptor also gets a bespoke twin-turbocharged 3.0-litre petrol V6 pumping out more than 400hp, which makes it the most powerful road-legal Bronco model yet. This is paired with a 10-speed automatic gearbox and breathes through a bespoke exhaust system designed specifically to improve the engine note. Ford has yet to confirm performance details.

There are seven drive modes included as part of Ford's Goat (Goes Over Any Type of Terrain) terrain management system, including a new Baja Mode that minimises turbo lag to optimise high-speed performance across the desert and a Tow/Haul mode that ups towing capacity to more than 2,000kg.

Ford is expected to reveal more details on the Bronco Raptor in the coming weeks. The model will go on sale later this year in North America first, followed by other markets.

In India, Ford recently stopped selling locally made vehicles. The company, however, will have almost all of its service network active. The brand is expected to introduce the Mustang Mach-E and a few other fully imported models in future. There is no news on the Bronco SUV range to come to India anytime soon.