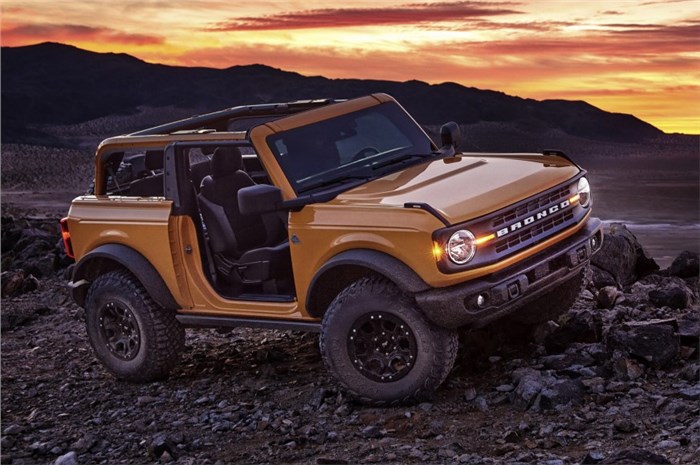 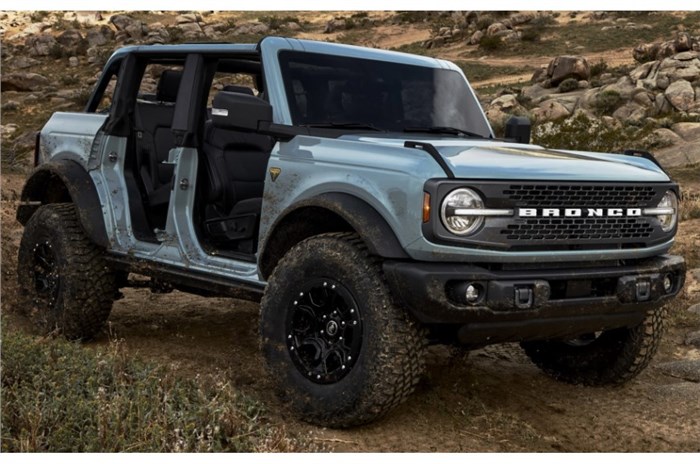 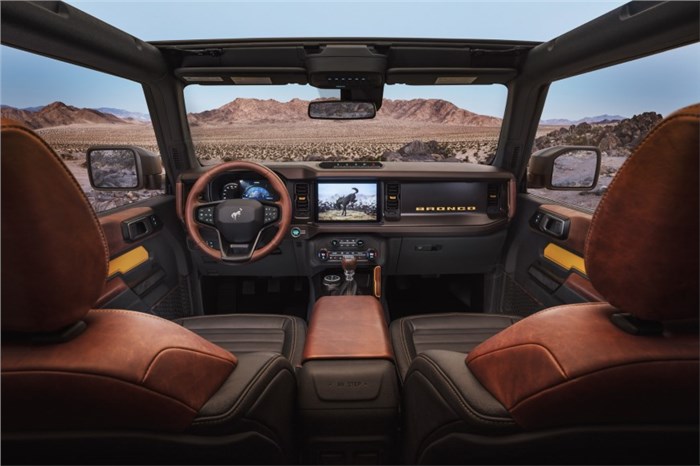 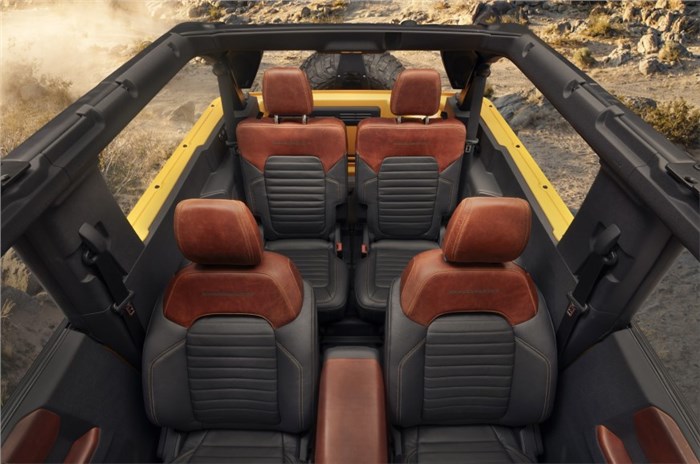 Ford has taken the wraps off its new Bronco SUV, which will spawn a whole family of rugged, lifestyle SUVs. The one you see here is the flagship SUV, known simply as the Bronco, available in 2-door and 4-door guises as a direct rival to the Jeep Wrangler. The Ford Bronco sub-brand of SUVs will go on sale in North American market first, followed by other countries.

The new SUV picks up from where its predecessor, which went off shelves more than two decades ago, left off. As with the original SUV, both the 2-door and 4-door Bronco models are body-on-frame SUVs, using a fully-boxed, high-strength steel chassis. 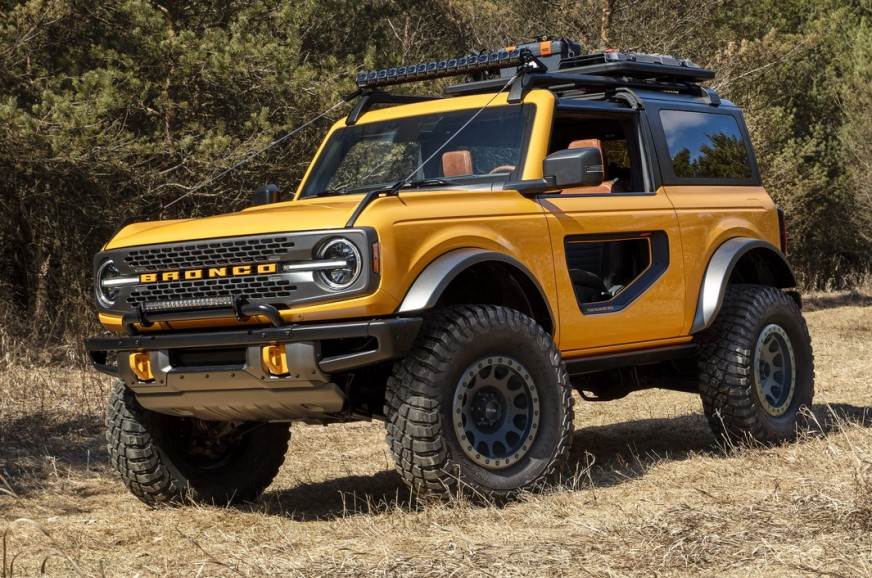 The larger Ford Bronco 4-door measures 4,839mm in length, 1,939mm in width and has a wheelbase of 2,949mm. It comes with 292mm of ground clearance, an 851mm water fording capability, a maximum breakover angle of 29 degrees and a departure angle of 37.2 degrees, which points to serious go-anywhere ability. The 2-door is slightly smaller overall, measuring 4,412mm in length, with a 2,550mm long wheelbase.

Two-door Bronco variants feature an easily removable, three-section hard-top roof, while the larger four-door models get either a hard-top roof or a soft top with four removable sections. On the inside, the new Bronco's interior mimics the original with a lot of familiar, retro-styled cues. It offers a range of customisation options and a rubberised floor for easy cleaning. 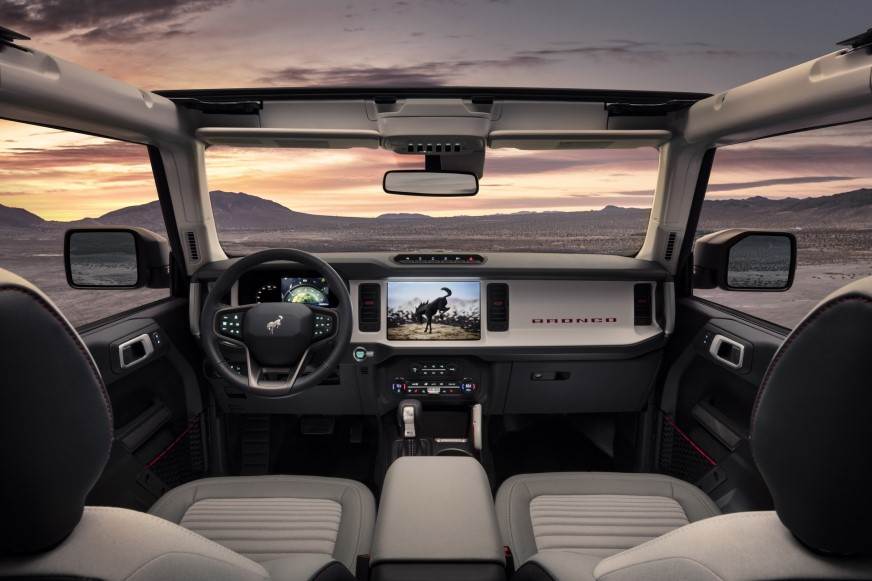 Infotainment duties are carried out by Ford’s latest SYNC4 system, which uses a large 12-inch touchscreen display in higher variants. The system can be updated over the air (OTA), real-time off-road navigation, as well as 360-degree cameras so you can go off-roading on challenging terrain without a spotter.

The Bronco is powered by two EcoBoost turbo-petrol engine options, starting with a 2.3-litre four-cylinder expected to deliver around 270hp and a 2.7-litre V6 good for 310hp. Gearbox options include a new 7-speed manual equipped with a crawler gear, or a 10-speed automatic.

Ford is also debuting some 4WD tech with the Bronco. ‘Ford Trail Toolbox’ includes features like Trail Control, which is more of a low-speed, off-road cruise control (akin to Land Rover’s All Terrain Progress Control), the Trail Turn Assist, which helps tighten the turning radius while off-roading with the help of torque vectoring, and the Trail One-Pedal Drive, that enables the driver be more precise and confident during rock crawling activity. 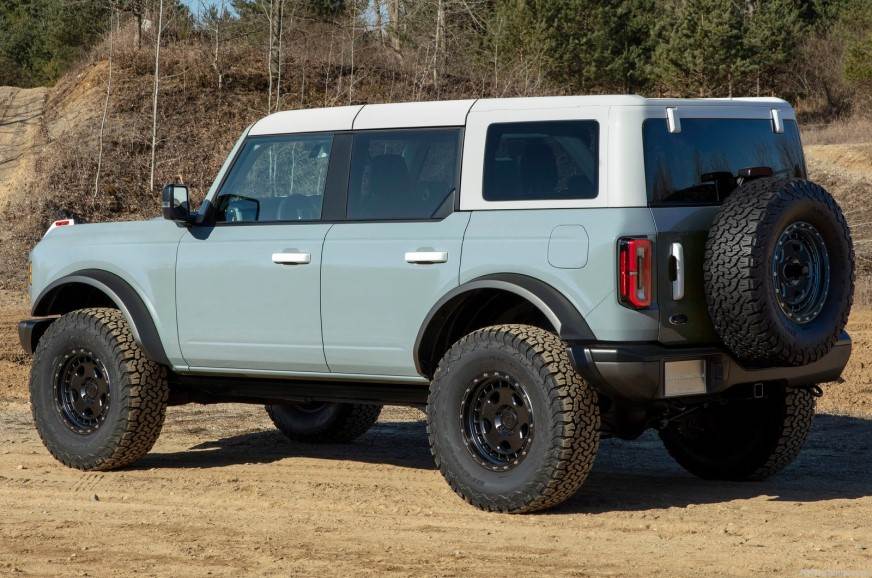 Additionally, the new Ford Bronco comes with Ford's Go Over All Terrain (GOAT) Terrain Management System, with up to seven modes to choose from – Normal, Eco, Sport, Slippery, and Sand, with Baja, Mud/Ruts and Rock Crawl for off-road driving.

The Bronco's key rival, the Jeep Wrangler is available in India, but as of now, there is no news of the Bronco making it over here. It could, however, make for a nice halo product to sit at the top of the brand’s range, much as the Mustang has been with great success. However, what we do know is that Ford is working on not one, but two new SUVs for our market with its partner Mahindra. These include a premium SUV based on the next-gen Mahindra XUV500 and a mid-size SUV to rival the Hyundai Creta, based on Ford’s own ‘B’ platform.