The GT3 version retains the same turbo V6 engine from the standard car minus the hybrid technology. 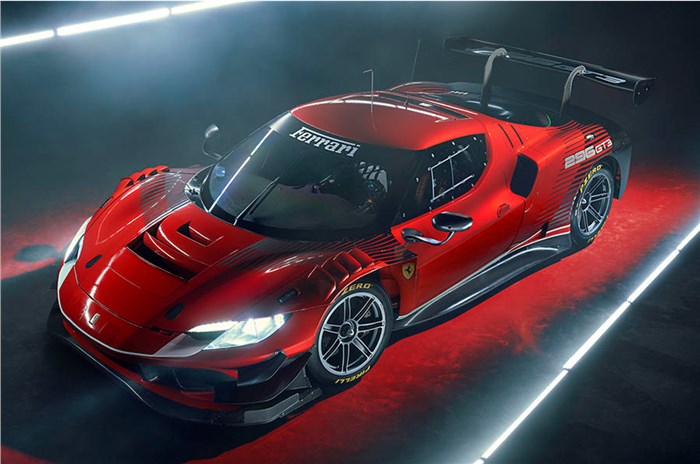 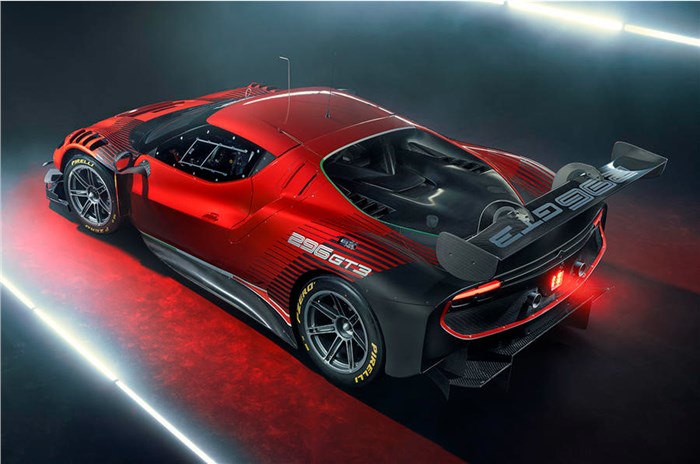 Ferrari has taken the covers off its all-new 296 GT3 race car, which will replace the highly successful 488 GT3 that's achieved 429 wins in both its standard and Evo guises. With track testing due to begin in the coming months, a race debut for the 296 GT3 has been scheduled for 2023.

Initially previewed via a set of sketches, the 296 GT3 is based on the standard 296 GTB coupe and showcases an aggressive, aero-focussed design. The front of the racecar has been redesigned to feature a pronounced splitter, two large canards on each side of the bumper and several air vents on either side of the bonnet.

The 296 GT3 has a larger wheelbase in comparison to the standard car, and gets enlarged side skirts and Rotiform-designed wheels at the sides. Other aerodynamic design elements on the racecar include the large swan-neck rear wing and diffuser at the rear. Thanks to these significant changes, the 296 GT3 provides 20 percent more downforce than the 488 GT3 and has a dry weight of 1,250kg.

On the inside, the 296 GT3 gets a race-spec steering wheel, adjustable pedals, a safety harness and air conditioning.

The racecar uses the same 3.0-litre turbo V6 petrol engine from the 296 GTB production supercar. However, to comply with technical regulations, the engine does not come with hybrid technology like the road-going supercar. It produces 602hp and 709Nm – 228hp, 31Nm less than the standard car. Ferrari has mated this engine to a transverse-mounted, six-speed sequential gearbox with electronic clutch actuation in an effort to keep the weight down due to its construction.

Since the removal of the car’s hybrid system has made the powertrain lighter, it has allowed Ferrari to reposition it lower down and farther forward than in the standard car, providing a lower centre of gravity and 10 percent higher torsional rigidity. Besides upgraded brakes, the 296 GT3 also gets an upgraded suspension to limit the stress on the tyres.

In April of this year, the Italian supercar maker unveiled the 296 GTS; the brand will also debut its first-ever performance SUV, the Purosangue, in the coming months and launch 15 new cars by 2026.