Tata currently has the Nexon EV and Tigor EV in its line-up. Tiago EV will be added on September 28. 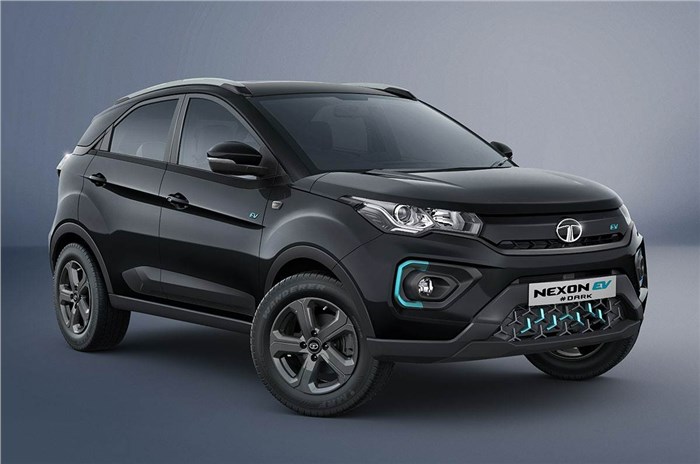 Tata Motors anticipates that 20 percent of its domestic passenger vehicle sales, in the next three years, will be made up of electric vehicles.

Shailesh Chandra, managing director of passenger vehicles and electric mobility, Tata Motors, speaking on the sidelines of SIAM’s 62nd annual convention in New Delhi, anticipates that sales of all EVs in Tata’s portfolio, including the Nexon EV and Tigor EV, will reach 50,000 units this year. He added, “Right now, it [EV penetration] is between 8 and 8.5 percent, and the models in which we have an electric option, it is about 23 percent”.

Chandra also mentioned that last year, Tata Motors ended with close to 5 percent EV market penetration, which was 1 percent and 2 percent in fiscal years ending in 2020 and 2021, respectively. It is expected that the share of electric vehicles will touch around 10 percent in the current fiscal year.

"Although the semiconductor shortage has somewhat subsided recently, it is still not entirely fixed," emphasised Chandra. He added that although there is still a healthy demand for electric vehicles, supply chain issues, particularly with batteries, still exist. Across its line-up of passenger cars, Tata currently has waiting periods of around three to four weeks.

Currently, Tata has two EVs in its line-up – Nexon EV SUV and Tigor EV sedan. The SUV comes in two variants, the Nevon EV Max and Nexon EV Prime. The former gets a 40.5kWh battery with an ARAI-certified range of 437km and produces 143hp and 250NM of torque. The latter has a 30.2kWh battery and an ARAI-certified range of 312km, while it produces 129hp and 245Nm of torque. Both SUVs also get multi-mode regen.

To differentiate it from its ICE-powered counterparts, Tata has added blue accents on the grille, front bumper and boot. Additionally, it also gets blue accents under the window line.

On the other hand, the Tigor EV packs a 26kWh lithium-ion battery pack with a claimed ARAI range of 306km. Its Ziptron architecture uses an electric motor that produces 75hp and 170Nm of torque. Similar to the Nexon EV, the Tigor EV also has blue accents all around to differentiate it from the ICE-powered Tigor.

Tata motors will launch its third electric vehicle, the Tiago EV hatchback, on September 28. While details are scant, it will get Multi-Mode Regen, cruise control and Sports mode. It is expected to have the Tigor EV’s Ziptron architecture, and may also get the XPres-T’s powertrain.

Furthermore, Tata is also expected to launch the production version of the Curvv SUV concept in the next two years. The midsize SUV coupe will use Tata’s Generation 2 EV architecture, which has been designed to accommodate various body styles and powertrains. Although it will launch as an EV first, an ICE-powered version will follow later.

Tata Harrier XMS, XMAS variants launched: what do they get

Up to Rs 40,000 off on Tata Harrier, Safari, Tigor, Tiago in September