The MD of M&M believes the increase in price of a BS6 diesel will not be as high as earlier anticipated. 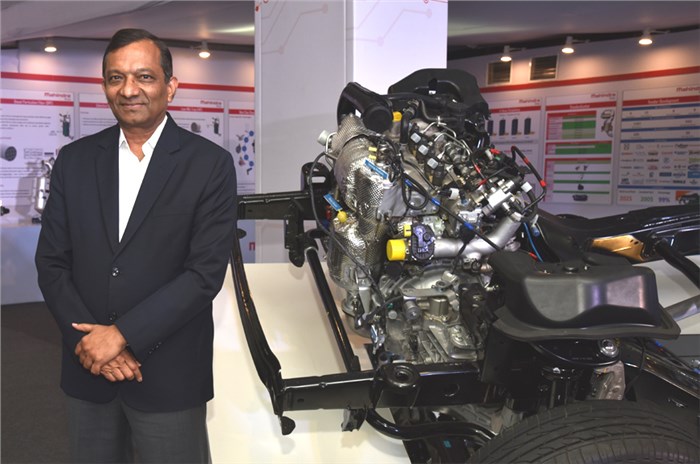 The high cost of upgrading diesel vehicles to meet BS6 norms will certainly make them more expensive but will not push them beyond the reach of customers, according to Pawan Goenka, managing director, Mahindra & Mahindra Ltd.

"The number (price increase) is lower than the number being talked about by some automakers. For instance, the delta (price difference) that we have today of petrol and diesel for the XUV300 is around Rs 50,000-60,000. That will definitely increase because the cost impact of upgrading petrol to BS6 is lower than that of diesel, but it won't go up as much as it was thought by us and by others also, which should come as a relief to customers," Goenka said today, addressing the media.

However, the price impact on smaller capacity diesels - like Mahindra's 1.2-litre unit that does duty on the KUV100 - will be such that the shift to BS6 emission norms will render them unaffordable; hence Mahindra will not upgrade the engine.

Goenka said he believes a price increase of up to Rs 1 lakh for diesel cars above four metres and around Rs 80,000 for cars below that threshold will be acceptable for new car buyers. "Customers would probably be expecting and be relived if it was that much," he said, adding that a satisfactory price increase for BS6-compliant petrol vehicles would be about Rs 20,000-25,000. However, he refrained from hinting at the price increase for Mahindra's models.

The price increase is much lower than Maruti's estimate. CV Raman, senior executive director (engineering), Maruti Suzuki, had earlier indicated that the price gap between a petrol and diesel vehicle is expected to surge by Rs 1.5 lakh, over and above the Rs 1 lakh it is at currently, driving the total price difference up to a staggering Rs 2.5 lakh.

Mahindra said that it has managed to soften the potential increase in the cost of its BS6 models by reining in development costs, thanks to a host of measures such as efficiently collaborating with suppliers, getting vendors on board early on, deeper localisation and optimisation of system design. In fact, the company had earlier targeted a reduction in development cost to 0.6 times the amount incurred in upgrading to BS6 for some European models for export. However, the team managed to reduce it even further to 0.5 times the cost.