Dacia Jogger replaces the Lodgy globally; will be sold as a Renault in some markets. 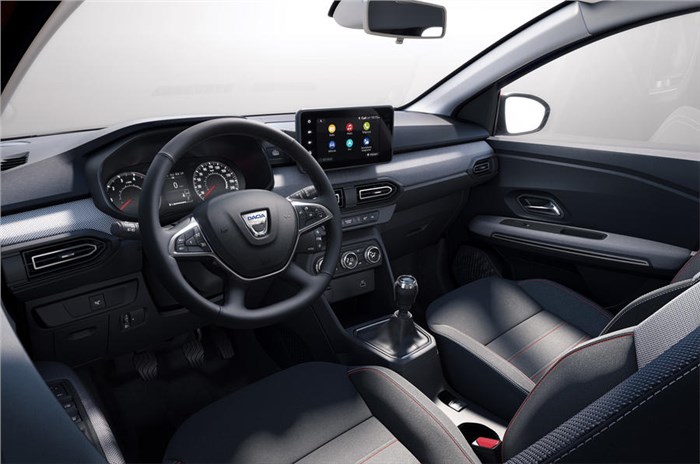 Renault’s European sub-brand Dacia has unveiled the all-new Jogger, which is essentially a spiritual successor to the Renault Lodgy. The Dacia Jogger will be the cheapest 7-seat family car to go on sale in some markets, as Dacia continues to revitalise and expand its range of value-focused cars. The model will be sold as a Renault in some overseas markets.

The Jogger borrows some styling cues from the Bigster three-row SUV concept and is underpinned by the CMF-B platform, which also underpins the Sandero hatchback. However, the wheelbase has been stretched by 300mm to accommodate the additional rear seats.

Blending “estate car practicality, MPV spaciousness and SUV styling”, the Jogger has 200mm of ground clearance and, at 4,547mm length, it is Dacia's biggest model and is even longer than the Lodgy, which measured 4,498mm long. Even though it’s an MPV, the Jogger gets a crossover look, with modular roof bars, scuff plates and body cladding all around.

The Sandero and Jogger are identical from the B-pillar forwards, except for the added ruggedness. Dacia has, however, engineered a 40mm step-up from the B-pillar backwards to give additional height and width, allowing the rear cabin to benefit from additional passenger space.

The interior of the Jogger is identical to that of the Sandero, sharing the floating touchscreen infotainment system, climate control knobs, steering wheel and instrument cluster. Dacia is offering three systems for the multimedia interface – Media Control, which comprises a smartphone cradle and docking station; Media Display, which adds four speakers and an 8.0-inch touchscreen; and Media Nav, which brings wireless Android Auto and Apple CarPlay, satellite navigation and six speakers.

The Jogger has three rows of flexible seats, with the middle row rolling forward and splitting 60:40. None fold flat into the floor or slide back and forth, Dacia reasoning that these engineering alterations make the seats more expensive and take up more room. The boot volume is 160 litres with the last row in place (enough for a small shopping trip), rising to 708 litres if the rearmost seats are removed in their entirety.

Thanks to a flexible platform borrowed from parent firm Renault, the Jogger will come with three engines. First is a 1.0-litre, three-cylinder turbo petrol that produces 108hp and up to 90 percent of its maximum 200Nm of torque from 1,700rpm.This is the version that is likely to make up the majority of Jogger sales.

A 99hp LPG Jogger will also be offered, using the same Bi-Fuel engine that appears in the Sandero. Neither 0-100kph times nor fuel economy figures have been released yet. The hybrid, due in 2023, combines a 1.6-litre petrol engine, two electric motors (one an e-motor and the other a beefed-up alternator) and a multi-mode automatic gearbox, plus a 1.2kWh battery to make electric-only running possible for short distances.

Back here in India, Renault recently updated the Kwid hatchback with dual airbags as standard across the range and also rolled out a major variant rejig to the Triber MPV. The Kiger compact SUV has also been bringing a decent amount of footfalls at Renault outlets with healthy sales numbers too.