The Vento is a comfortable and understated sedan that’s worth considering as a used buy. We help you make the best pick. 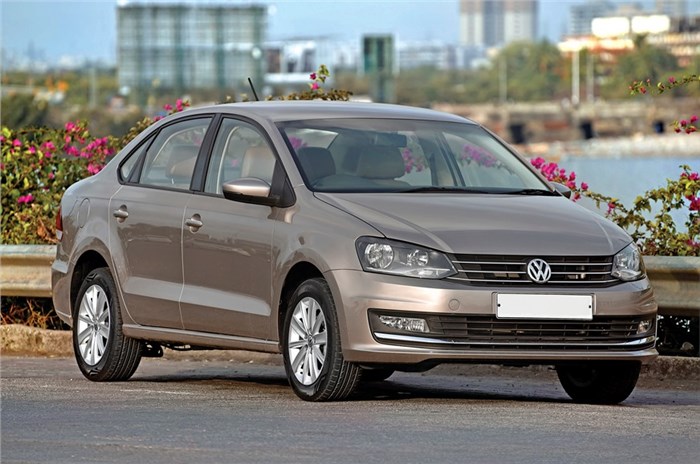 Although it’s been around for a decade, the Volkswagen Vento is still one of the most well-rounded packages in the midsize sedan segment. It’s well-built, nice to drive, has a decent equipment list and definitely worth considering if you’re looking to buy a used midsize sedan. The Vento also depreciates faster than its rivals – the Honda City, Hyundai Verna and Maruti Suzuki Ciaz – so a used one represents good value for a car that’s solidly built and well engineered.

After its launch in 2010, VW has given the Vento periodic styling tweaks and equipment upgrades to keep it fresh. A major facelift in 2015 gave the Vento new headlights, bumpers, front grille and alloy wheels. However, there is no denying that the sedan feels dated compared to its competition. Apart from cosmetics, the Vento has also received several mechanical updates over its lifespan. Since its 2015 facelift, the Vento has been available with two petrol and one diesel engine option. 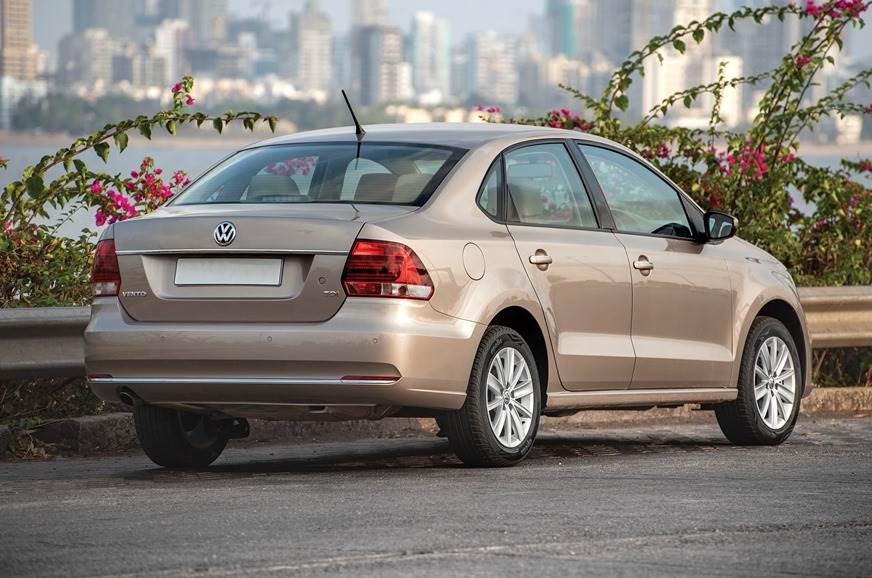 Clean lines and subtle use of chrome ups the Vento’s premium appeal.

The diesel is a 1.5-litre unit that puts out 110hp, mated with either a 5-speed manual or a 7-speed dual-clutch automatic. The petrols on offer are a 105hp, 1.6-litre naturally aspirated unit paired with a 5-speed manual, and a 105hp, 1.2-litre TSI turbocharged unit coupled with a 7-speed DSG as standard.

Even though the manuals work well, the DSG-equipped automatic versions really help you see the Vento in its best light. The 7-speed unit is quick and smooth shifting in nature, which enhances the overall driving experience.

The Vento’s diesel unit is decently refined at idle but it is audible in the cabin at high revs. Power delivery, though, has a strong mid-range punch and little turbo lag. The DSG complements the diesel engine well as it is quick to downshift; keeping the revs in the meat of the powerband for quick overtakes. The Vento TDI DSG has an ARAI-rated fuel efficiency of 22.15kpl. 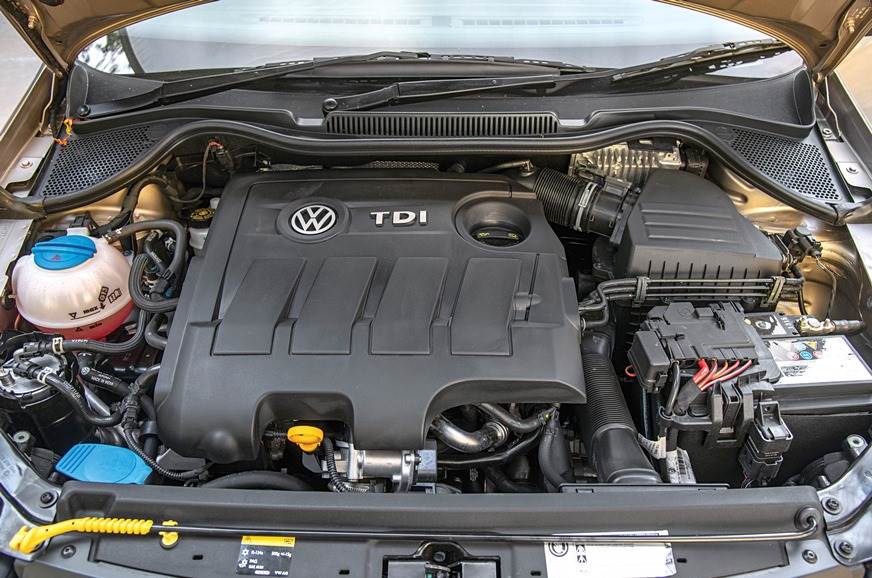 The TSI unit in the Vento is shared with the Polo GT TSI hatch. The turbo-petrol engine has a wide powerband and a flat torque curve, which results in effortless performance right from the get-go. There’s also plenty of grunt in the mid-range which makes overtaking easy. The dual-clutch gearbox is slick-shifting and responsive to mild throttle inputs. Fuel efficiency of the Vento TSI is rated at 18.19kpl.

The Vento isn’t the most engaging car to drive around the corners due to its fairly numb steering. It, however, remains rock solid at high speeds, making it a great long-distance machine. It absorbs bumps well at typical city speeds and the suspension works silently too.

The interior layout has been more or less the same since the Vento’s inception. It’s got a clean and uncluttered design, and the quality of materials is top-notch. Fit and finish levels are impressive too. The front seats are wide, comfortable, and provide good support, while the rear seats offer good amount of legroom and headroom. 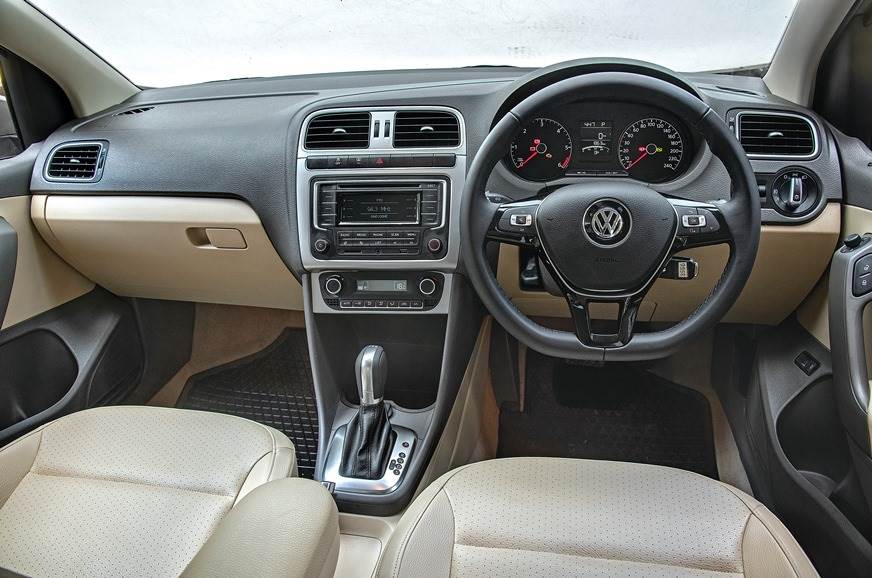 Cabin consists of high-quality materials, but the design lacks flair.

If you want an efficient and comfortable highway cruiser, the diesel-automatic is your best bet. However, if your usage is primarily in the city then the TSI with DSG is the one for you. The Vento TSI currently retails between Rs 14.49-15.88 lakh, while the diesel-AT models range between Rs 16.41- 17.75 lakh (on-road, Mumbai).

How to get one in your garage

Check for any damage to the body panels. The Vento’s parts, like the front bumper, bonnet and headlight assembly, are amongst the priciest in the segment. 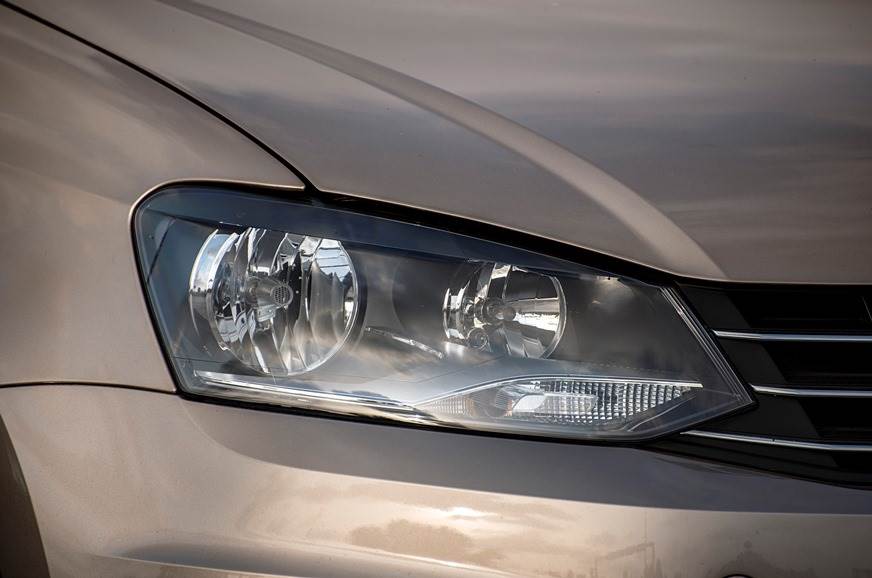 There have been cases reported of the dual-clutch automatic gearbox jerking while in gear and during downshifting. Make sure you check that the gearbox shifts smoothly and seamlessly as this  is expensive to fix. 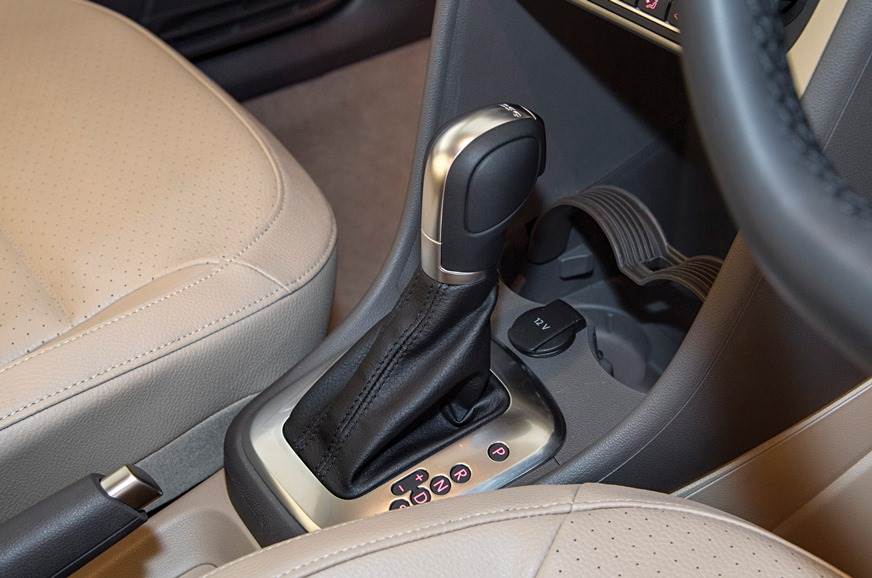 Check if the car crashes through on broken roads. This is usually a sign of suspension wear, most likely the bushings. 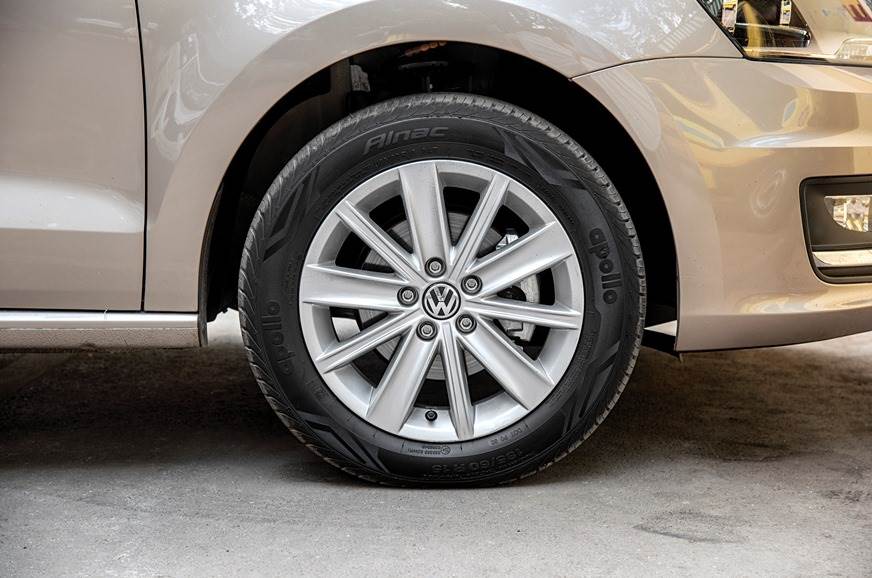 Volkswagen had issued a recall of 3,877 diesel-manual Ventos in April 2016 to fix an inconsistency in carbon monoxide (CO) emissions. If you’re looking at a diesel-manual, make sure that the example has had the problem rectified. Also, the Vento’s AC vents are known to break easily, so keep an eye out for that too.

You can find well-kept petrol and diesel automatic examples for Rs 6-10 lakh, depending upon the model year, distance covered and trim level. There isn’t much interest in used Ventos  and that should help you get a good deal. Furthermore, the recent introductions of the Vento facelift and the BS6-compliant Vento can help you negotiate and bring down prices.