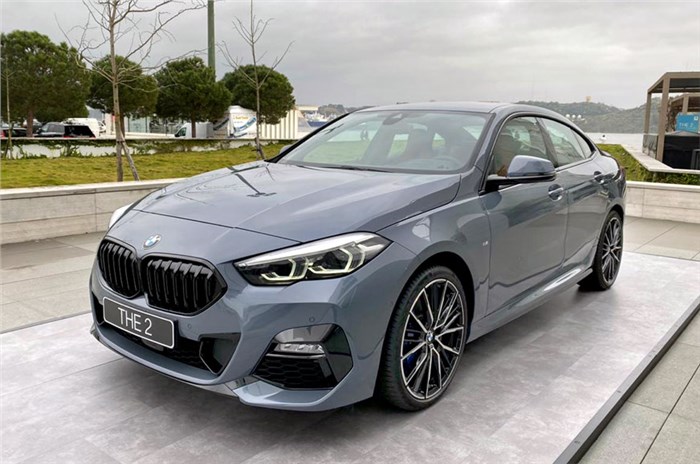 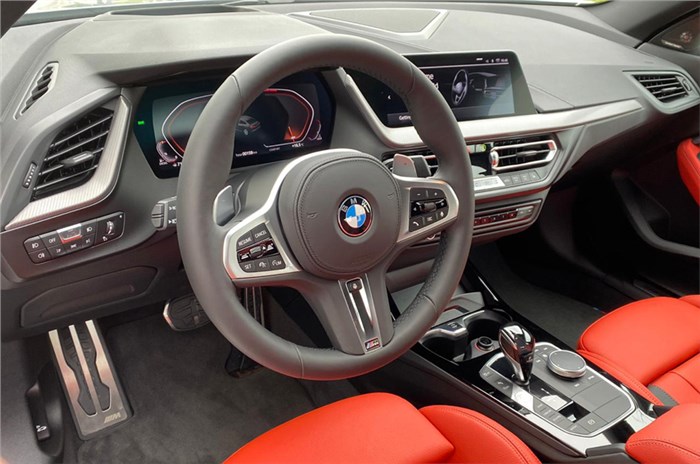 BMW will launch its stylish 2 Series Gran Coupe sometime around July or August this year. The carmaker’s first three-box car or sedan to be positioned below the 3 Series, the BMW 2 Series Gran Coupé will take on the new Mercedes-Benz A-class Limousine and the Audi A3 sedan. Unlike the rest of BMW’s sedans that are resolutely rear-wheel-drive, the first-ever 2 Series Gran Coupe is built on a front-wheel-drive platform shared with the X1 SUV.

Attractive from the outside and very BMW, the 2 Series Gran Coupe gets the company's signature new kidney grille and raked-back headlight units with double-barrel LED detailing. And also on the car, like several recent BMW sedans, is a very aggressive, multi-layered chin. Walk around to the side and you are greeted by the 2 Series Gran Coupe's interesting and flowing roofline that ends in a fastback-like rear. Similar in profile to some of BMW's GT cars – such as the 5 Series GT and the now-discontinued 3 Series GT – the 2 Series Gran Coupe also gets a strong shoulder line, a chunky rear and a variation of the carmaker's chunky 'L'-shaped LED tail-lights. While some of the cars ride on large 19-inch wheels, in India, the 2 Series sedan is likely to get smaller (and more practical) 17-inch wheels.

When you compare it for length, the BMW 2 Series Gran Coupé measures 4,526mm – making it 23mm (2.3cm) shorter than the upcoming Mercedes-Benz A-class Limousine. The BMW is wider at 1,800mm, with the rear interior at 143cm compared to the Merc's 137cm. The Merc, however, is built on a longer wheelbase that measures 2,729mm versus 2,670mm for the BMW. Interestingly, the BMW’s 430-litre boot is larger than the A-class' but the India-spec model will get a space-saver spare, which will eat into the boot space.

The 2 Series Gran Coupe is, of course, a four-door coupé, and so it comes with attractive pillar-less doors. Access to the front sport seats is good and finding a comfortable driving position is also easy. The BMW sedan also doesn't feel very low-slung, and visibility from the driver's seat is excellent. Also extremely impressive is the quality and equipment levels, especially on the higher-spec versions. Unless you look closely and specifically for parts lower down the dash, quality and kit levels and are right up there with the 3 Series, with elements such as the screen-based instrument panel, steering wheel, vents on the centre console, and the pod around the gear lever being carried over.

What stands out is that the BMW 2 Series Gran Coupe seems just as well put-together and equipped as the 3 Series, especially at first look. It is clear that BMW is leaving no stone unturned in making this car a success.

The 2 Series Gran Coupé, however, doesn't feel as wide as a 3 Series, and legroom at the rear is also a bit tight in comparison. Still, get past the small rear door, put your feet under the front seats, and comfort levels and space are pretty decent. BMW has scooped out just enough headroom even for six-footers, and the nice and supportive backrest makes this space suitable for the chauffeur-driven as well. In addition, the rear seat is placed slightly higher than the front seat; this ‘theatre-style seating’ makes things more comfortable. Like others in this class, however, the cabin is narrow, so you can forget seating three abreast in comfort. Thigh support isn't great either.

The 2 Series Gran Coupe is expected to come to India with two engine options. The 220d will come with a 190hp, 2.0-litre diesel engine, while the 220i is expected to get the 192hp, 2.0-litre petrol engine that is also expected to do duty in the soon-to-be-launched X1 facelift. Interestingly, BMW felt its three-cylinder 218i with 140hp wasn’t suitable for Indian customers.

The BMW 2 Series Gran Coupe’s prices in India are likely to start around Rs 32 lakh, with prices for the top-of-the-line variants going all the way up to Rs 38 lakh (ex-showroom).

BMW to end i8 production run in April