Bentayga S gets stiffer suspension and quicker-acting chassis aids, along with a bespoke styling package. 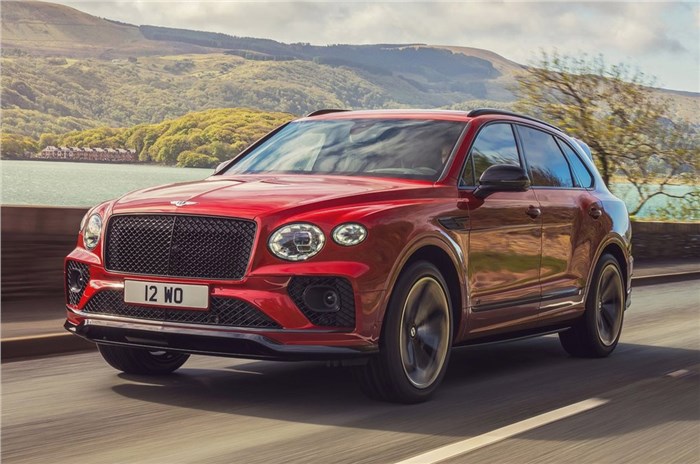 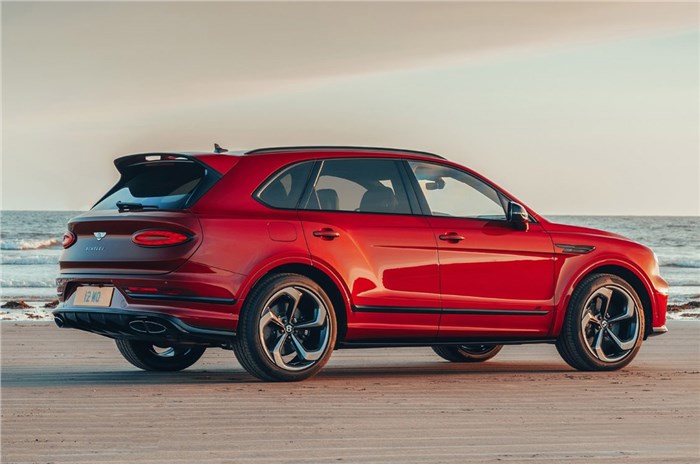 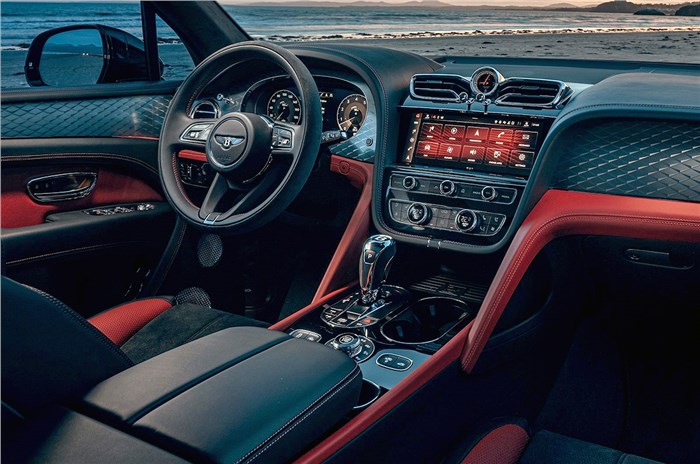 Bentley claims to have brought "extra sporting agility to the Bentayga family", with the introduction of a stiffer, more responsive and aggressively styled S variant. The S is marked out from the rest of the range by its unique 22-inch wheels, bespoke badging and standard-fit Blackline design package. It also gains a larger rear spoiler, black lower-body panels, tinted light clusters and black oval exits for its louder sports exhaust.

On the inside, alcantara is used on the seats, gear selector, steering wheel, headlining and other trim elements for a "performance-focused" ambiance, and the seats themselves are available in a cleaner, 'fluted' pattern. The Bentayga S can be specified with four, five or seven seats.

More important are the revisions to the SUV's chassis, which promise "an even more engaging drive" than existing iterations of the Bentayga. The dampers have been firmed up by 15 percent for reduced body roll in Sport driving mode, while the torque-vectoring system has been recalibrated to offer enhanced responsiveness. Ride quality is improved by the new Dynamic Ride system as standard, bringing 48V active roll control hardware that's said to react within 0.3sec – and with up to 1,200Nm of torque – to rolling under hard cornering.

Power comes from the same 542hp, 4.0-litre, twin-turbocharged petrol V8 as the standard Bentayga, with the S claiming a 0-100kph time of 4.5sec and a top speed of 290kph. That's just 0.6sec and around 16kph shy of the 6.0-litre W12-powered Bentayga Speed, which Bentley claims is the world's fastest SUV.

The Bentayga rivals the likes of higher variants of the Range Rover, the Mercedes-Maybach GLS and the more expensive Rolls-Royce Cullinan.