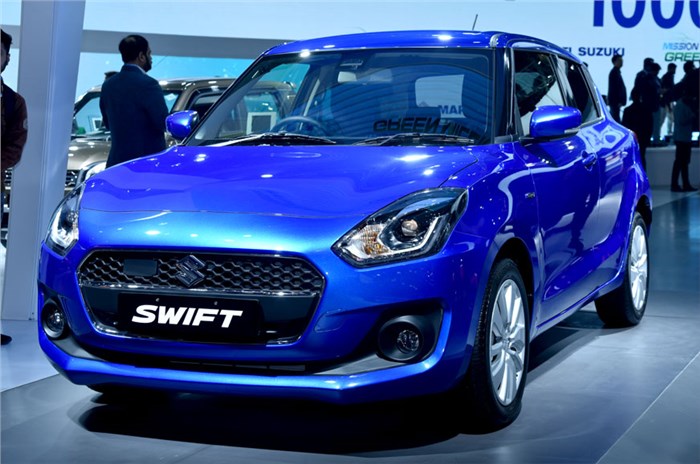 An interesting inclusion in Maruti Suzuki’s 17-model-strong Auto Expo 2020 line-up is the Japan-spec Suzuki Swift Hybrid SL. The Swift Hybrid on display shows the potential of electrification, with the headline number being a fuel economy of 32kpl on the Japanese test cycle.

India is no stranger to Suzuki’s SHVS mild-hybrid technology – it was first introduced on the Ertiga diesel in 2015 in single battery form, and then in the Ciaz petrol in a dual-battery form – and the Swift Hybrid SL is the next step in electrification.

Power to the front wheels comes from two sources: a 92hp/118Nm, 1242cc, four-cylinder petrol engine paired to a 5-speed automated manual gearbox, and a 13.6hp/30Nm electric motor. The motor not only assists the petrol engine but it also can solely power the front wheels in stop-start traffic and at steady cruising speeds. Other Suzuki hybrids with the mild-hybrid setup do not have this pure EV mode.

The Suzuki Swift Hybrid would make an interesting prospect for India but is unlikely to go on sale any time soon. However, Suzuki, Toyota and Denso have a lithium-ion battery plant that's being set up in Gujarat and this could open doors to the mass- market strong hybrids. In addition to this, Maruti Suzuki is also working on full battery electrics. Its Wagon R-based EV is undergoing testing and is due for launch in 2021.