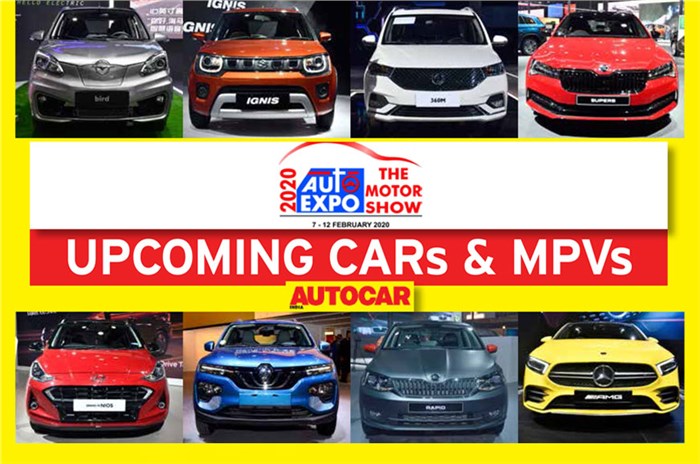 Prices for at least 13 new cars and MPVs showcased at the Auto Expo will be announced in the next few years. Here’s the full list and when they’re expected.

Nowadays, SUVs are making the headlines (and racking up big sales numbers) and there are more than 20 new SUVs that’ll launch in India on the next two years. However, there’s a bevy of hatchbacks, sedans and MPVs that are coming soon too. At the 15th Auto Expo, seven manufacturers – both mass-market and premium – have confirmed that they’ll be adding new models to their respective line-ups. With at least 13 cars that were showcased at the Expo expected to launch in the next two years, here’s a comprehensive list of what to expect and when it’ll arrive. 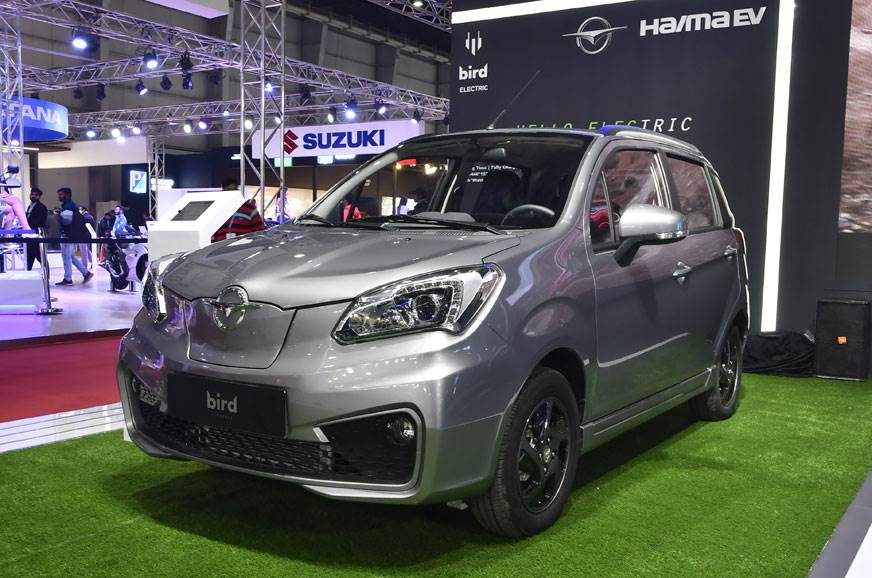 Haima Automobile has confirmed that it’ll begin its India innings with the E1 EV, which is sold as the Aishang EV 360 in China. Unlike the slightly dated and upright model showcased at the motor show, the India-spec E1 will get a different design, courtesy Haima’s partner in India – Bird Electric. The E1 comes with a 28.5kWh battery pack that is said to have a range of 301km and powers a 54hp/140Nm electric motor. A smaller 20.42kWh battery, which has a claimed range of 202km, is also available in international markets. Expect a Rs 10 lakh price tag for the Haima E1.
Coming: Early 2022 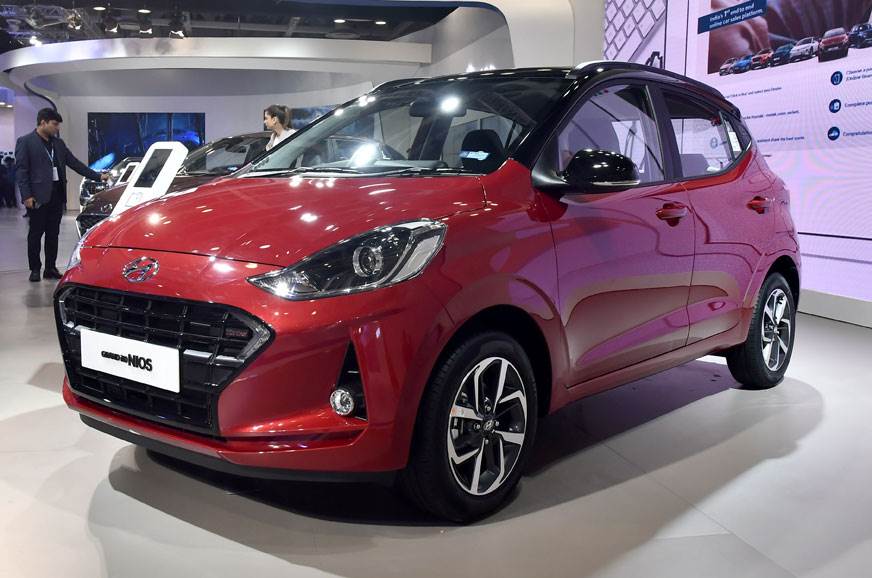 The Grand i10 Nios Turbo, with the 100hp, 1.0-litre turbo-petrol engine, is definitely something enthusiasts will be looking forward to. Tuned to produce 172Nm of peak torque, the three-cylinder unit (that’s shared with the Venue compact SUV and Aura compact sedan) is paired with a 5-speed manual gearbox. There’s no automatic version expected. The Nios Turbo also gets cosmetic changes inside and out over the standard model, to reflect the sportier nature. Expect it to be priced about Rs 50,000-70,000 more than the top-spec Grand i10 Nios 1.2 petrol-manual, which costs Rs 7.19 lakh (ex-showroom, Delhi).
Coming: Early 2020 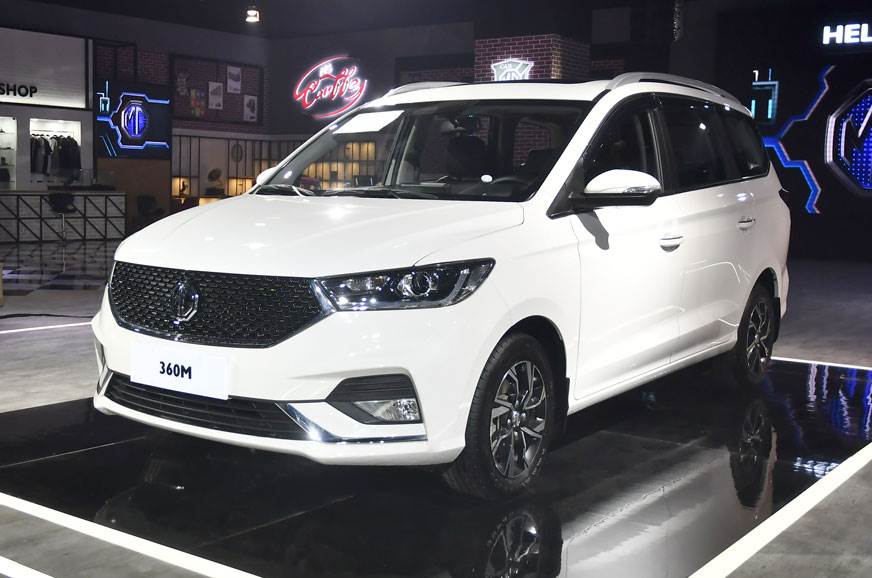 MG Motor India’s taking aim at the Mahindra Marazzo and Maruti Suzuki Ertiga with this one. Unlike the Ertiga, the MG 360M is expected with petrol and diesel engine options (likely shared with the Hector). The 7-seater is also expected to one-up its eventual rivals by offering a feature-rich cabin – something that seems to be MG’s forte.
Coming: 2021 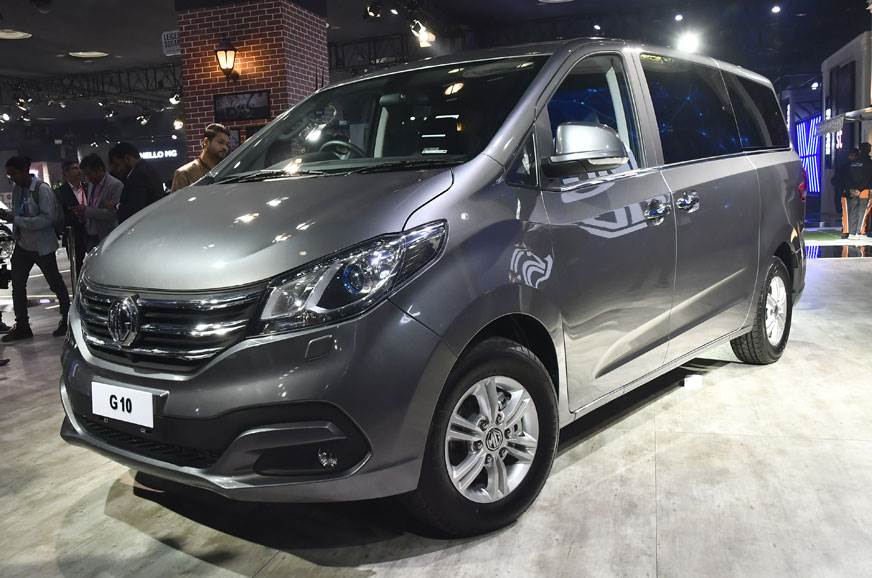 MG’s bringing another MPV to India – the larger G10. The MG G10 is bigger than its expected rival – the Kia Carnival – and comes with the same number of seating configurations – seven, eight and nine. Like other MG offerings in India, the G10 is expected to come with an extensive features list, including power adjust and powered leg rests for the middle-row captain’s chairs (on the top-spec 7-seat version), multi-zone climate control, a large touchscreen infotainment unit, connected-car tech, a smart sensing tailgate and a powered sunroof. There’s no confirmation on which engine options will come with the India-spec model, though there are 2.4-litre petrol, 2.0-litre turbo-petrol and 1.9-litre turbo-diesel options available on the international-spec MPV.
Coming: 2021 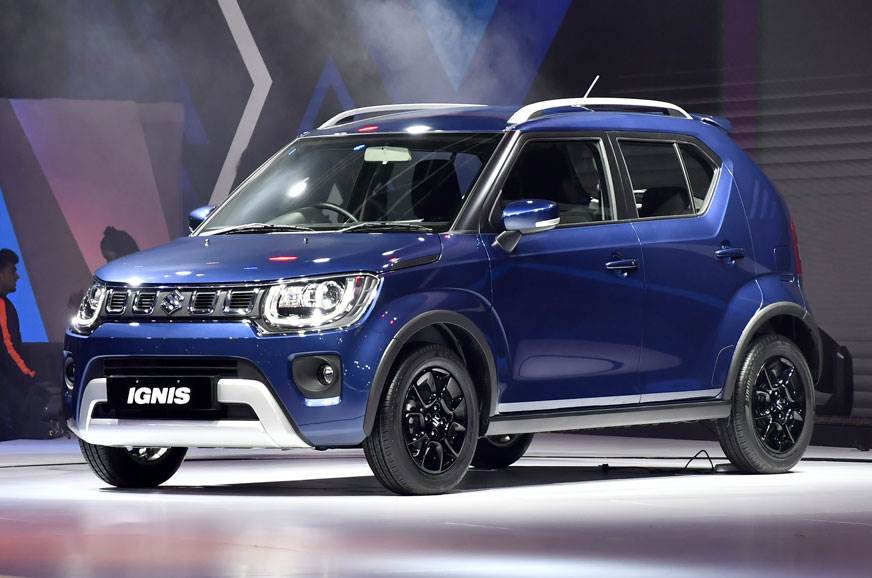 Maruti’s niche hatchback has now got a cosmetic update that makes it look like the Jimny’s cousin and a mechanical update in the form of a BS6-compliant 1.2-litre petrol engine. New colour options, the new SmartPlay 7.0-inch infotainment system and the S-Connect in-car connectivity suite have also been added. Prices are expected to increase by Rs 7,000-15,000 over the current model’s Rs 4.74-7.23 lakh cost. Nexa showrooms have already begun accepting bookings for the Maruti Suzuki Ignis facelift.
Coming: March 2020 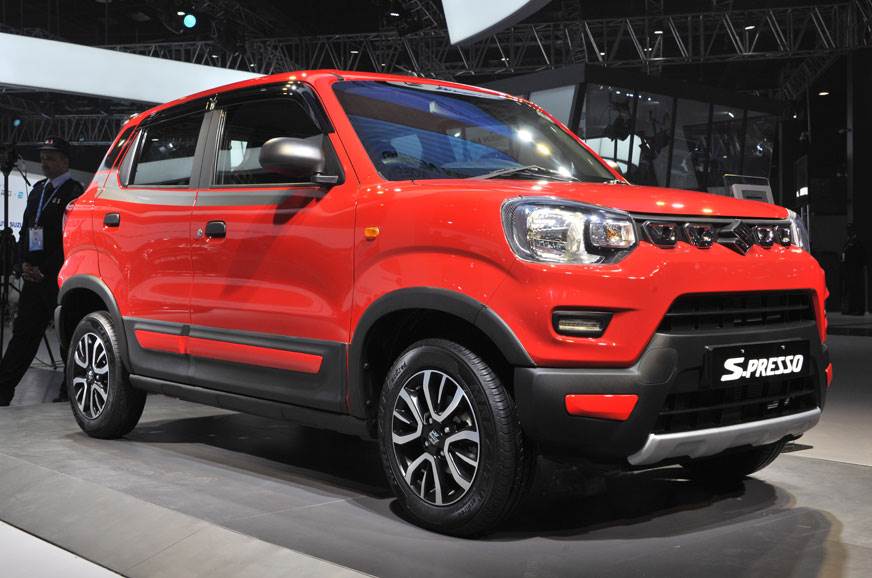 The first Maruti to get a BS6-compliant, CNG version of the 1.0-litre K-series engine, the S-Presso S-CNG will be available in four variants – LXi, LXi Option, VXi and VXi Option. On CNG, the three-cylinder engine makes 58hp and 78Nm of torque. When it arrives in the coming weeks, the Maruti S-Presso CNG will cost about Rs 60,000 more than the equivalent petrol-powered model.
Coming: March 2020 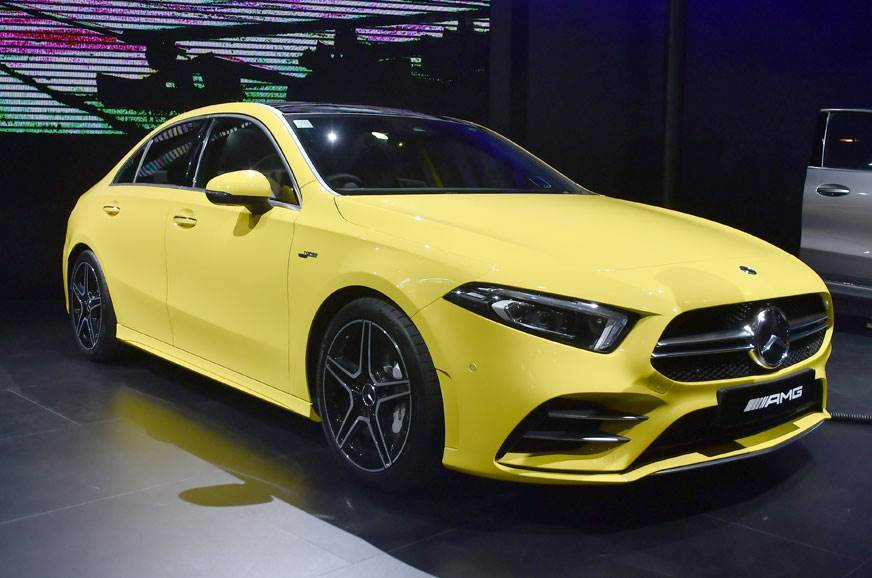 Mercedes-Benz India is going to replace the current CLA with the new A-class sedan. However, as the A-class nameplate is associated with the hatchback that was on sale here earlier, the German luxury carmaker has opted to use the A-class Limousine moniker for the upcoming sedan. While the model showcased at the Expo was the range-topping AMG A35 – which is sportier in terms of its looks and powertrain – the models likely to come to India are the 163hp A 200 petrol and the 116hp A 180d diesel. A sticker price of around Rs 32-40 lakh is expected for Merc’s BMW 2 Series Gran Coupé and Audi A3 rival.
Coming: Late 2020 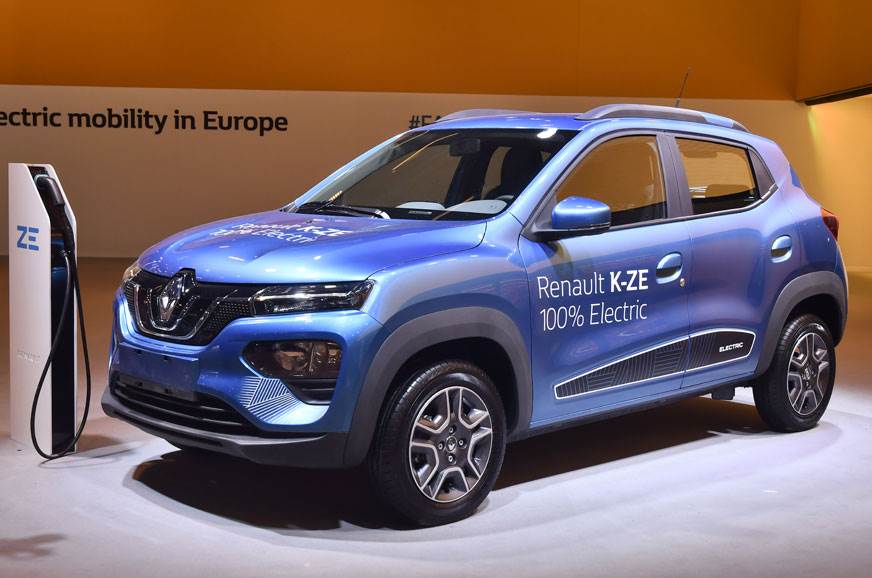 It’s not news that Renault’s Kwid-based EV is headed to India. It may be a while before it’s in a Renault showroom near you but the K-ZE will be priced competitively, thanks to local assembly. The 44hp/125Nm electric motor draws power from a 26.8kWh lithium-ion battery pack, which has a 271km range on the NEDC cycle. It takes four hours to charge the battery to 100 percent, though a DC fast charger is capable of charging it from 30-80 percent in just 30 minutes.
Coming: 2021 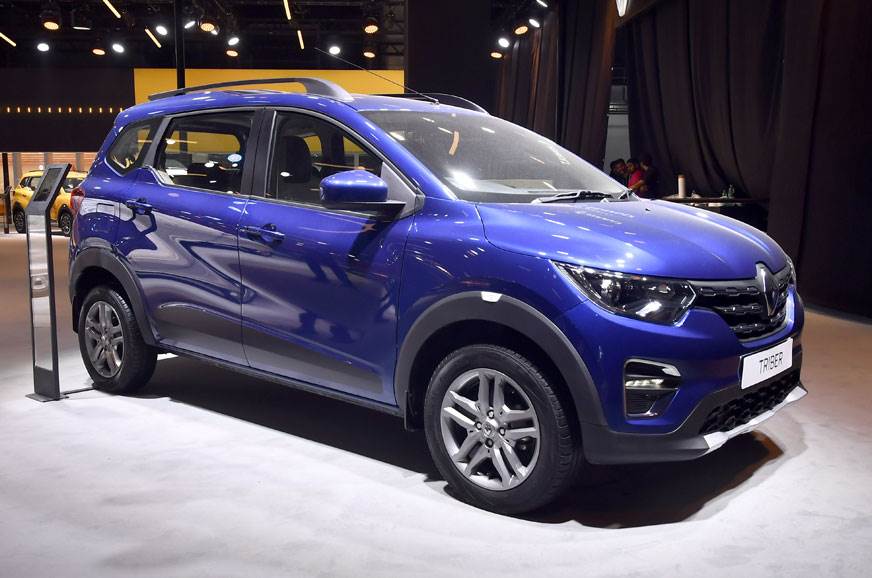 When we test drove Renault’s niche sub-four-metre 7-seater, there were two big mechanical additions we were hoping it gets – an automatic version and a more powerful version. The former – theRenault Triber AMT– will arrive sooner than the latter, with its 5-speed AMT unit mated to the same 72hp, 1.0-litre petrol engine. Although equipment levels on the Triber auto will be identical to the manual version, you’ll have to shell out about Rs 50,000 more for the convenience.
Coming: Q2 2020 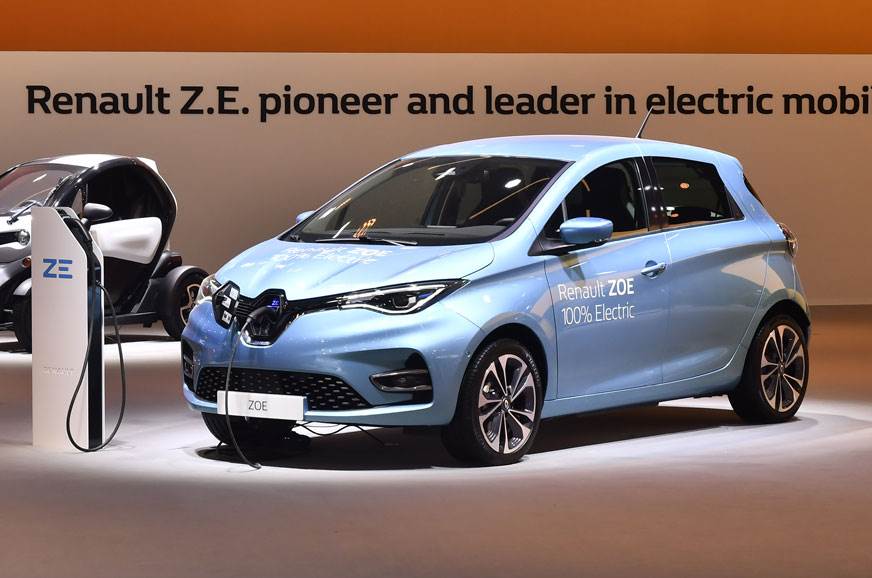 Another all-electric model from the French carmaker, the Zoe hatchback will be tweaked for our conditions before it arrive later this year or early next year in India. However, it will be expensive for its size, with an expected Rs 14-16 lakh price tag. The Renault Zoe comes with a 52kWh battery setup that drives a 134hp/245Nm electric motor. The EV has a WLTP-certified range of 395km and can be charged from 0-70 percent in 55min via a 50kW DC fast charger.
Coming: Late 2020-Early 2021 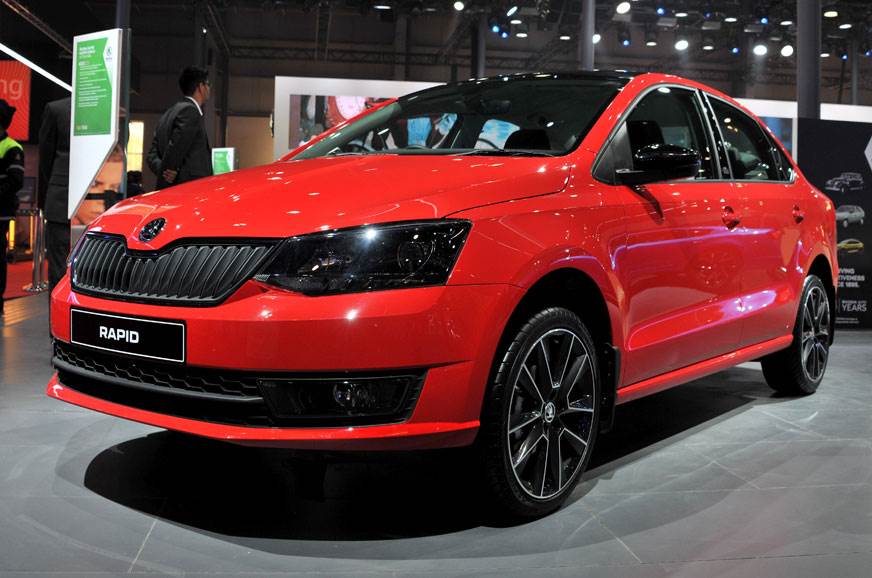 The Skoda Rapid, which has been on sale with more or less the same mechanical bits for about nine years now, will soon get its biggest update. The 105hp, 1.6-litre petrol and 110hp, 1.5-litre diesel engines will both be replaced by a 1.0-litre turbo-petrol engine that’s expected to be more powerful than them. When Skoda’s Maruti Suzuki Ciaz and Honda City rival arrives, it will be offered with either a 6-speed manual or a 6-speed torque convertor automatic gearbox.
Coming: April 2020 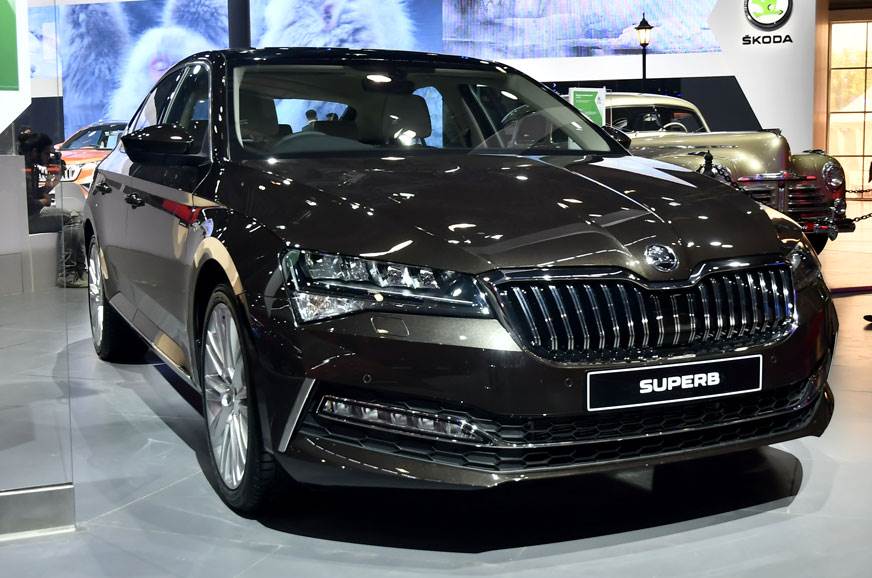 Along with a raft of design changes to help it look fresh and more equipment to keep it in the running against the Honda Accord, Toyota Camry and Volkswagen Passat, the Skoda Superb facelift now also gets a more powerful BS6-compliant engine. This 190hp, 2.0-litre turbo-petrol unit will be used on Skoda’s (and Volkswagen’s) larger models, where it effectively replace the 1.8 TSI petrol and the 2.0 turbo-diesel engines available earlier. Prices will increase over the pre-facelift petrol Superb’s Rs 25.99-30.99 lakh price tag.
Coming: May 2020 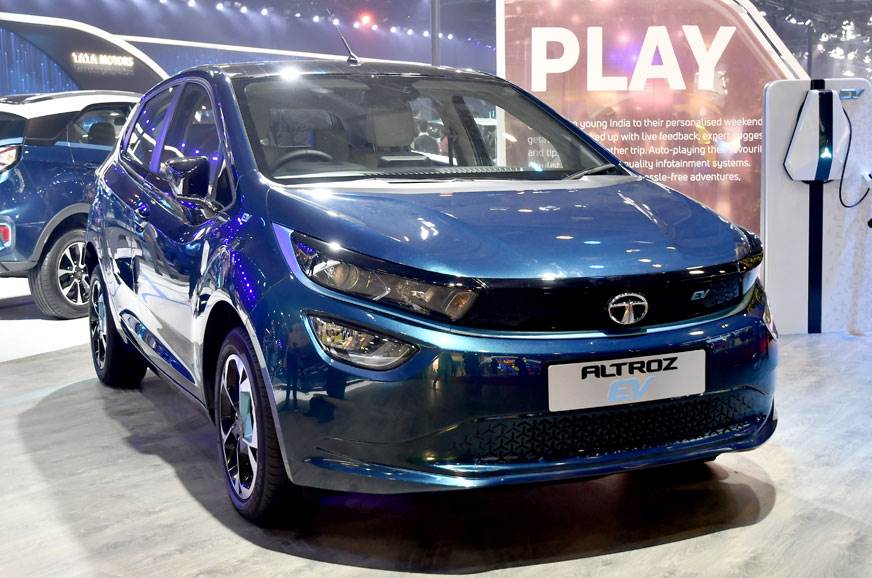 The second production model that’ll boast of Tata’s Ziptron technology, the Altroz EV’s range and performance is expected to exceed that of the recently launched Nexon EV. For reference, the Tata Nexon EV comes with a 30.2kWh lithium-ion battery pack – powering a 129hp/245Nm electric motor – which has an ARAI-certified range of 312km. Our review found that the all-electric compact SUV managed the 0-100kph sprint in 9.64sec. Considering the Tata Altroz EV will be lighter than the Nexon EV, even with the same powertrain, the hatchback will be better on this front. However, charging capabilities are expected to be at par.
Coming: 2020 festive season