New i4 to feature BMW’s latest eDrive system; will get an 80kWh battery pack and a claimed range of up to 600km. 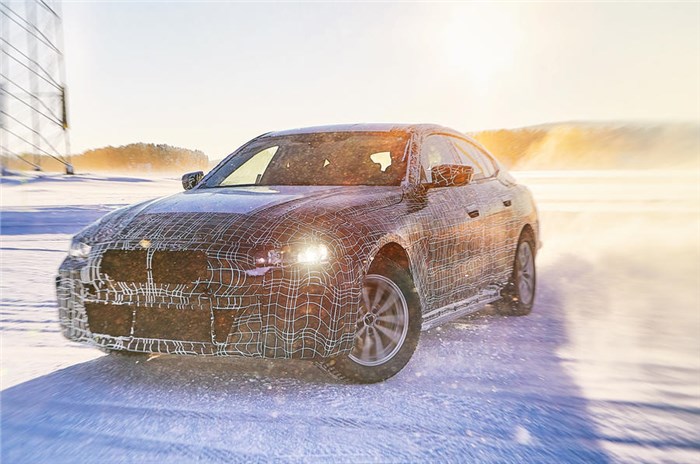 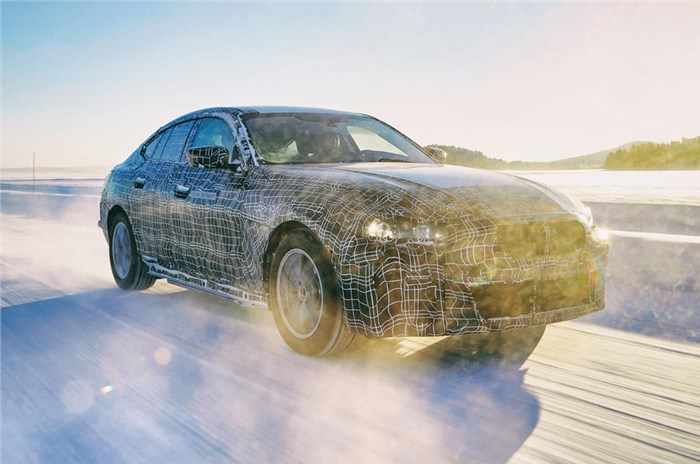 BMW has been slowly revealing more details about its upcoming all-new i4 electric sedan. Now the carmaker has confirmed that its forthcoming Tesla Model 3 rival will produce 530hp and have a top speed of around 200kph.

The new model, due to go into production in 2021 following the upcoming iX3, will be the German firm’s first electric sedan. Along with the regular 4 Series, the new electric vehicle (EV) was previewed by the bold 4 Series Gran Coupe concept at the Frankfurt motor show, earlier in the year. BMW claims that the i4 “heralds a new era of driving pleasure” and will feature the firm’s “hallmark brand driving pleasure in a particularly concentrated form.”

BMW has released new images of the i4 undergoing testing and has confirmed that it will make use of its fifth-generation eDrive system. The new powertrain will also be used on the iX3 – due in 2020 – and the advanced iNext, which is set for launch in 2021.

The latest eDrive powertrain comprises a modular system featuring the electric motor, transmission and power electronics in a single housing, which BMW says means it can be used for a range of different models and power outputs. The i4 will feature an 80kWh high-voltage battery pack that weighs around 550kg and gives a claimed range of around 600km. The battery can be charged at rates of up to 150kW.

BMW claims the 530hp motors will allow for a 0-100kph time of around 4sec. The firm says that output has been chosen to mirror the power of a V8 engine in current BMW models, and claims that it will offer “outstanding performance characteristics and exceptionally high efficiency.”

The i4 will share much of its design with the upcoming second-generation 4 Series. However, a side-on view reveals that the new car appears higher off the ground (both in terms of roof height and ground clearance) than the current 4 Series; likely due to a raised floor to accommodate the sizeable battery.

Earlier this year, BMW revealed that the i4 had been tested at its cold weather facility in Arjeplog, Sweden, with the goal of determining the durability of the models' batteries, electric motors and suspension systems.

The i4 is scheduled to be built on the same line as standard 3 Series models at BMW's factory in Munich, Germany. To ensure a smooth production process with existing petrol, diesel and hybrid models, the car manufacturer is already running assembly tests with pre-production versions.
The expansion of BMW's i sub-brand follows a ruling by the EU to enforce a fleet average CO2 emission reduction of 35 percent by 2030. The ruling effectively spells an end to the combustion engine as a sole source of propulsion for high-volume cars sold in Europe by the end of the next decade.

This was expected by BMW’s top management, who initiated the acceleration of development of both long-range plug-in hybrids and electric models in a board meeting held earlier this year. Speaking to our sister publication Autocar UK at the 2018 Paris motor show, chairman Harald Krüger confirmed the altered BMW i division plan, which aims to allow the automaker to offer more electric cars than any rival brand in the short term. It calls for the introduction of up to five dedicated i models by the end of 2021, with tentative steps to expand to 12 electric models within the whole BMW Group by 2025.

Talking about the i4, Krüger said, “The leading factors that will set it apart are fantastic design, which is very different to anything else on the road, and the fact that it is lighter and therefore more dynamic than anything we see on the market today, thanks to the materials we will use. Couple that with the connectivity technology we are constantly developing and we are confident it will lead the market.”

For the Indian market, BMW currently offers a single electrified model in the form of its flagship 745Le plug-in hybrid. BMW did sell its i brand flagship, the i8, in India for a few years though the model has seemingly been dropped from its India portfolio for now.

BMW NEXTgen 2019: Oliver Zipse on the future of BMW EVs