Thanks to a 48V mild-hybrid V8 engine that develops 600hp and 800Nm of torque, the RS Q8 is currently the Nurburgring lap record holder for SUVs. 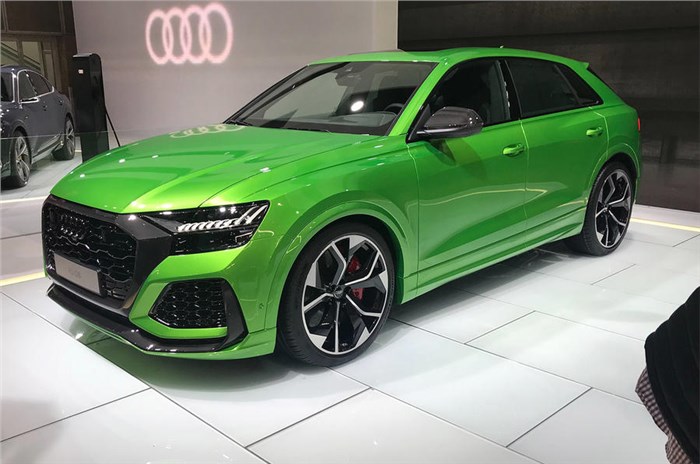 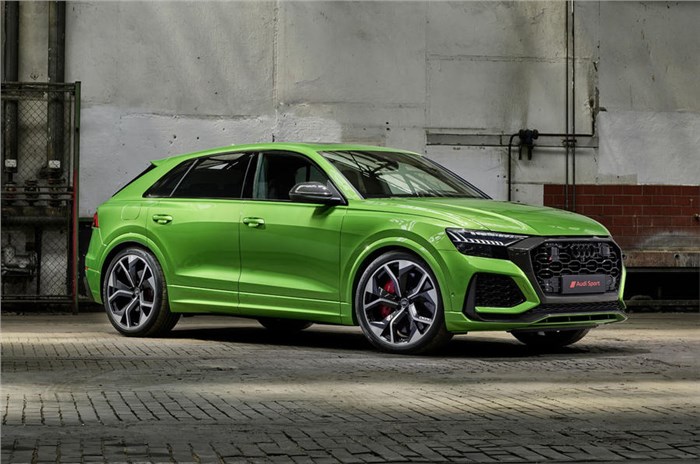 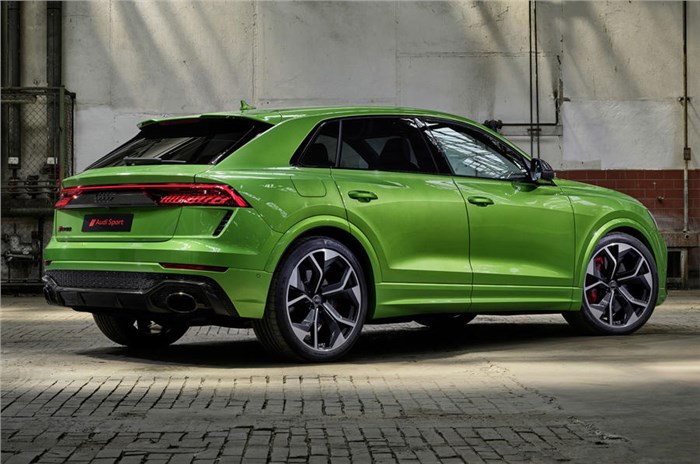 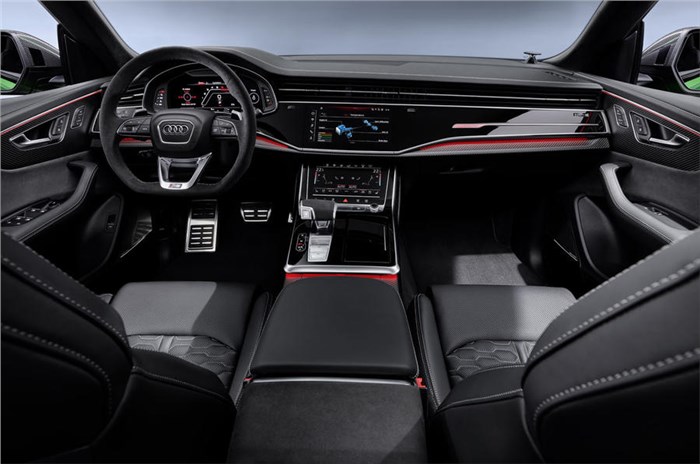 Audi Sport has unveiled the new 600hp RS Q8 SUV, which is powered by a 4.0-litre V8 engine and features styling inspired by the rally-derived Sport Quattro S1, as the ‘spearhead’ of its range.

The RS Q8 has received a substantial makeover from the regular Q8, including a revamped single frame grille and a large front air intake. While the track is unchanged from standard versions, bespoke trim strips widen the body by 10mm at the front and 5mm at the rear. The performance SUV also features custom sills and a bespoke downforce-generating RS roof spoiler. The rear of the car features a bespoke diffuser and large quad exhausts.

Several key design features of the RS Q8, including the air intakes, black panel on the rear and ‘hockey stick’ design details on the rear corner, are made to echo the Sport Quattro – the first Audi Sport model developed in the 1980s as a ‘homologation special’ for the Group B rally car.

RS Q8 product manager Markus Eberle said making a true RS model out of the Q8 was a tough challenge, both because of the SUV’s size and weight and its breadth of ability. He said: “It demanded a lot. We didn’t want to lose the comfort and drivability of the Q8, or its off-road ability, but we wanted to add performance so that it was suitable for the race track.”

The biturbo V8 powerplant is boosted by a 48V mild-hybrid starter generator to offer 600hp and 800Nm of torque, with a claimed 0-100kph time of 3.8secs and a limited top speed of 250kph (304kph with the optional dynamic package).

Power is delivered to all four wheels by an 8-speed automatic gearbox and a mechanical centre differential able to distribute power as needed. There is also torque control and an optional quattro sport differential that can shift torque between the rear wheels. The mild-hybrid system allows engine-off coasting between 55kph and 100kph, and regenerates energy under braking.

Eberle said that the RS Q8’s V8 petrol engine ensured it would feel notably different from the current range-topping SQ8, which is powered by a 435hp mild-hybrid V8 diesel.

The SUV features 22-inch wheels as standard – with 23-inch optional – and large composite disc brakes, which can be upgraded to ceramic versions.

Suspension duties are carried out by a live-link suspension at the front and rear, with adaptive air suspension and controlled damping as standard. The ride height can be altered up to 90mm to adjust for track or off-road use, while all-wheel steering is also standard.

Inside, the machine follows the trend of recent RS models with bespoke Audi Sport trim, badging and digital display settings. There are leather and Alcantara sports seats and an RS leather-covered flat-bottom steering wheel. The machine retains a sliding three-seat rear bench, maintaining the 1,755 litres of boot capacity with the seats down.

While there is yet no word on Audi India bringing the RS Q8 to our market, the standard version is set to launch in India on January 15, 2020. When it arrives it will see competition from the likes of the Porsche Cayenne, Range Rover Sport and the new BMW X6, which is expected in 2020. 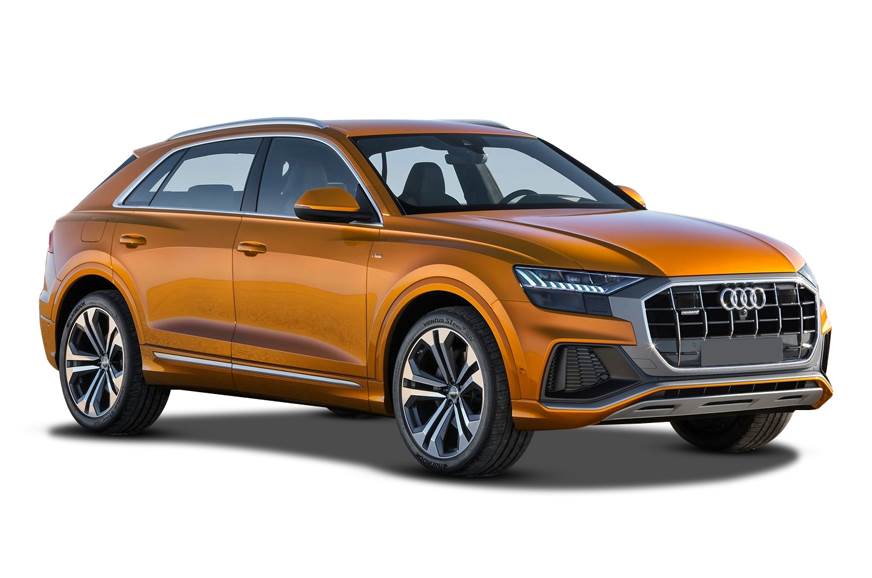 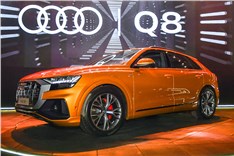 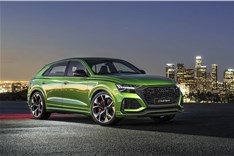 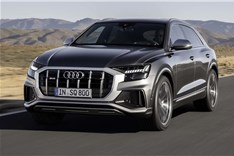 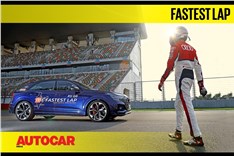 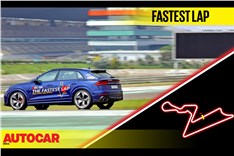 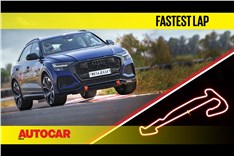 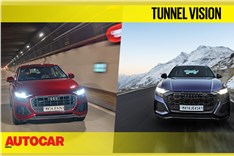 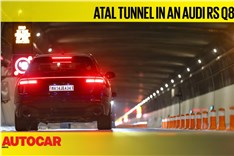 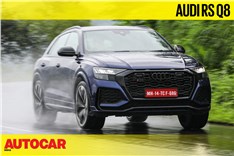 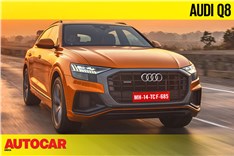 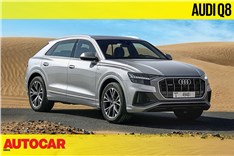 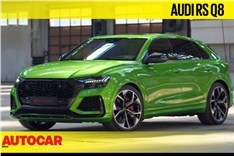