The previous-gen City will continue to retail alongside the current, fifth-gen model, though in the lower variants only with reduced prices. 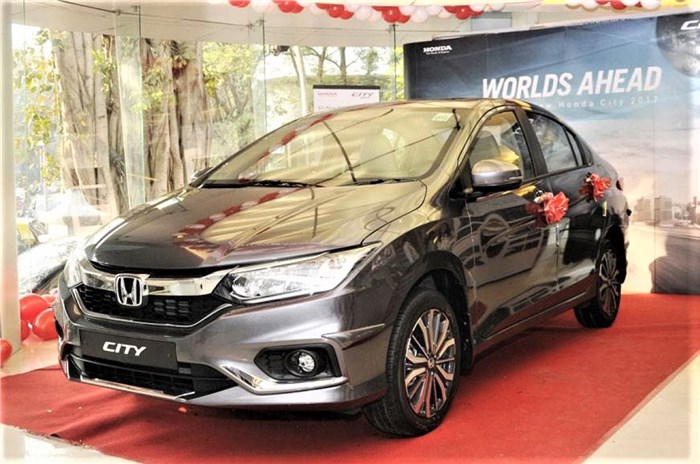 The 4th Gen Honda City is now priced from Rs 9.30 lakh to Rs 10.00 lakh (ex-showroom, Delhi). As we had exclusively reported previously, the older Honda City is now available in just two lower-spec variants. Fourth-gen City prices have also come down by as much as Rs 66,000, depending on the variant.

Honda Cars India had decided to retail the fourth-gen and fifth-gen City side-by-side in Honda showrooms (and via its website). However, compare the current, fifth-gen City’s prices to BS6 fourth-gen City prices and you’d see a significant overlap.

Now, with the rationalisation of the 4th-gen City’s line-up and prices, the older model’s range ends Rs 90,000 lower than the 5th-gen City’s starting price of Rs 10.90 lakh.

There was a whopping Rs 1.6 lakh worth of benefits and discounts on the higher, and now-discontinued, variants of the older Honda City, which was likely a stock clearance exercise.

Has anything else changed with the fourth-gen City?

The Rs 70,000 premium for the City V variant gets you a rear parking camera, front fog lights, a 7.0-inch touchscreen infotainment system with Android Auto and Apple CarPlay, power folding ORVMs and keyless entry and go.

There aren’t any mechanical changes either. Honda’s stalwart 1.5-litre, four-cylinder SOHC VTEC petrol engine, which makes 119hp and 145Nm of peak torque, still sits under the bonnet. A 5-speed manual gearbox is standard. There used to be a CVT automatic option and a diesel option with the fourth-gen City, but those in the market for a Honda mid-size sedan with those options will have to opt for the new, fifth-gen City.