In addition to new styling that makes it more appealing, Renault’s small hatchback gets some significant upgrades under the skin. We take a closer look at what’s new. 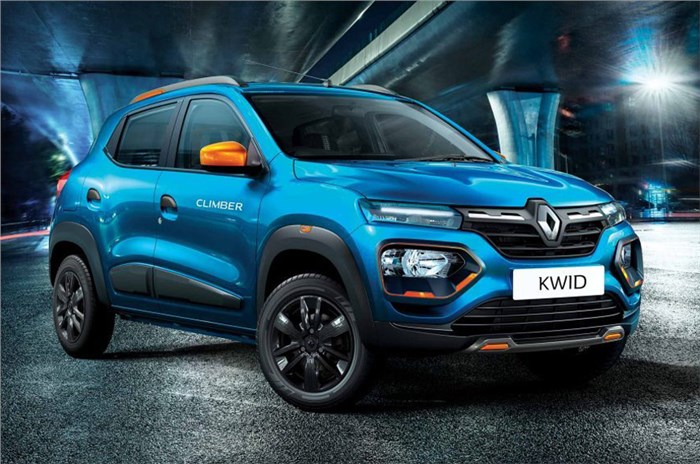 The Renault Kwid debuted in India in 2015 and – owing to its SUV-inspired styling, spacious cabin and class-leading equipment – it proved to be an instant success for the French carmaker. Building on the momentum, Renault introduced a larger-capacity, 1.0-litre engine option and the convenience of an AMT automatic transmission to the budget hatchback the very next year. However, with increasing competition on the horizon, especially with the launch of the Maruti Suzuki S-Presso, the auto major has now decided to give its highest-selling model a proper mid-lifecycle facelift that brings in revised styling, more equipment and a few other key upgrades.

So, how does the new Kwid improve upon its predecessor? Read on as we delve into the finer details of Renault’s latest offering.

It’s got a new look

Inspired by the Renault City K-ZE EV that was unveiled in China earlier this year, the 2019 Kwid gets a thoroughly reworked front fascia with a new grille, restyled bumper, and a split-headlamp setup with LED DRLs up top and main headlight units down below. Changes at the aft have been kept minimal, save for the tail-lamps that now get LED elements.

In keeping with the times, the wheels have been upgraded too – at 14 inches, they are now a size bigger; though alloys are still not part of the standard package. The top-spec Climber variant also boasts of front and rear skid plates that add to the car’s SUV-inspired looks.

It’s heavier for a crucial reason

Changes to the Kwid, however, aren’t merely skin deep. One of the most significant upgrades is the addition of structural reinforcements to the front and sides that help the facelifted model clear not only the October 2019 crash test regulations, but also the pedestrian safety norms that kick into effect next year. The kerb weight, as a result, has also gone up by 35-40kg across the line-up.

Furthermore, the new Kwid has grown by 52mm in length, owing to the revised bumpers, though the 2,422mm wheelbase remains unchanged. Overall height has dropped by 4mm due to a re-profiled roofline. Larger wheels and wheel wells also translate into a higher ground clearance (up from 180mm to 184mm) and a smaller boot (down to 279 litres from 300 litres earlier).

With a tweaked dashboard design and improved equipment levels, Renault has tried to freshen things up in the cabin too. A new digital instrument cluster and steering wheel, along with a larger 8.0-inch touchscreen infotainment system borrowed from the Triber, are notable additions. Other improvements include the option of rear power windows and a front passenger airbag that can be opted for at an additional cost in the top-spec variants. Interestingly, the gear selector knob in the AMT automatic variants has been reposition from the dashboard to the centre console between the front seats.

Convenience features, like a rear parking camera, Android Auto, Apple CarPlay and a rear seat armrest (in the range-topping Climber trim), have been carried over from before. In terms of safety kit, the Kwid continues to be equipped with a driver airbag, ABS, EBD, rear sensors, seatbelt reminder and a speed-alert system as standard.

Notably, the new Kwid sees no significant updates under the hood. Like its predecessor, it continues to be powered by the same 54hp, 800cc and 68hp, 1.0-litre petrol engines. Renault has decided to continue with the pair of BS4-compliant engines for the time being and plans to shift to the more stringent BS6 regulations closer to the April 2020 deadline. Transmission duties are handled by a 5-speed manual unit as standard, with the option of an AMT automatic gearbox on the larger-capacity motor.

Fuel efficiency, however, has taken a hit across the board, owing to the increased kerb weight. The 800cc, 1.0-litre manual and 1.0-litre AMT powertrains are now ARAI-rated at 22.30kpl, 21.70kpl and 22.50kpl, respectively; this translates into a drop of about 1-3kpl compared to the pre-facelifted model.

The facelifted Kwid has been priced at Rs 2.83-4.84 lakh, which is at a slight premium vis-à-vis the previous model’s sticker price of Rs 2.76-4.76 lakh (all prices, ex-showroom, Delhi). At these prices then, the Renault seems to be a formidable rival to the likes of the Maruti Suzuki Alto and Alto K10, Datsun Redigo and the recently launched Maruti Suzuki S-Presso.

With contemporary design cues, a longer equipment list and enhanced safety features, the French automaker has pulled out all stops to make its budget offering a lot more appealing. Only time will tell if that is enough to stave off increasing competition in the entry-level hatchback segment.