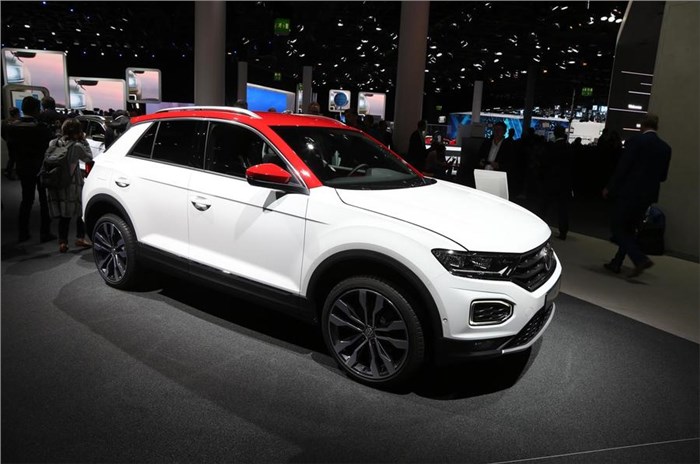 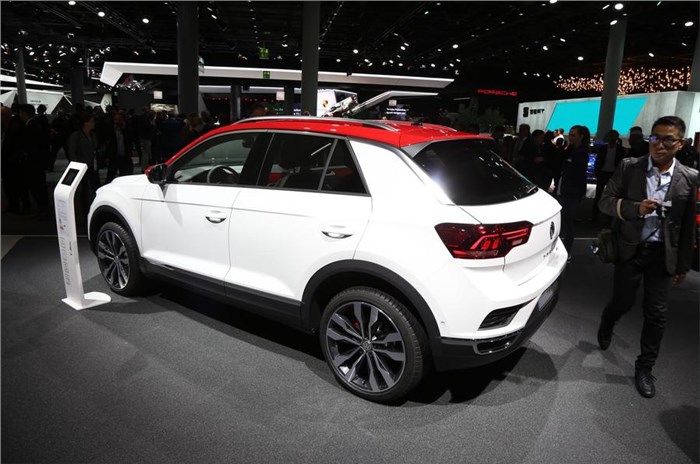 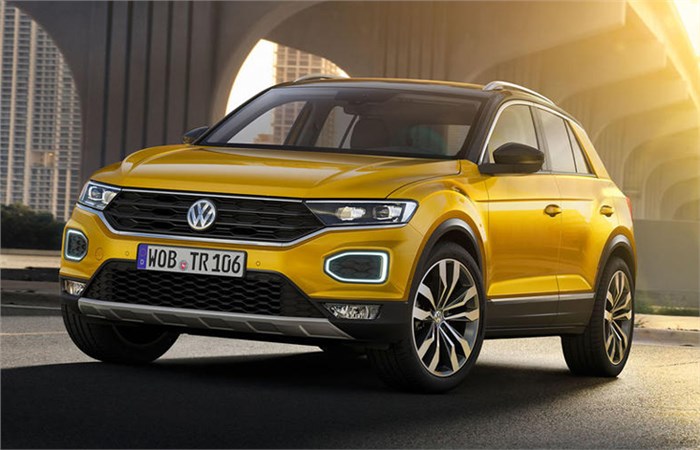 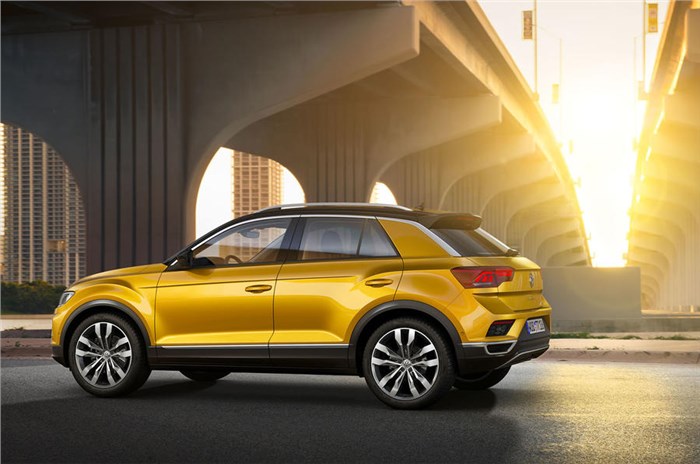 Volkswagen’s new T-Roc SUV has debuted at Frankfurt and will rival the likes of the Renault Captur and the Mercedes GLA.

Following its official reveal, the Volkswagen T-Roc SUV has made its public debut at Frankfurt. The SUV also marks the beginning of a line-up transformation that will see a renewal of the full VW range by 2020. The model had originally debuted in concept form at the 2014 Geneva motor show.

Set go on sale in December 2017 in international markets, the T-Roc is a five-seat crossover that slots into the VW’s line-up beneath the Tiguan. The car will be available internationally with a choice of three petrol and two diesel engines in differing states of tune, along with either front or 4Motion four-wheel drive.

VW is positioning the T-Roc to rival a wide range of models from the Renault Captur and Nissan Qashqai to premium crossovers and SUVs like the Mercedes-Benz GLA. In a bid to capture more of this burgening market, the production version of the VW T-Cross Breeze concept will be launched in 2019.

The T-Roc is based on the modular MQB platform and employs a MacPherson strut front and, depending on the engine and drive system, either a torsion beam or multi-link rear suspension in combination with an optional adaptive damper system.

The design is similar to the concept, emphasising its dual on and off-road character. VW boss Herbert Diess said at the car's reveal that the new T-Roc would be "the new agility benchmark" in the class. Key design elements include the simple VW grille bookmarked by thin headlights with LED daytime running lamps and cornering lamps lower down within the front bumper. The DRLs also serve as indicators, switching to an orange hue when the turn signals are in operation.

The chunky wheel arches, a swage line that runs back above the door handles to form a defined shoulder line, a chrome trim element extending from the A-pillar to the base of the wide C-pillars and an optional contrasting roof colour are a few of the distinguishing features.

The SUV will be available in three trims - standard, style and sport.

On the inside, the new T-Roc gets a dashboard that is layed out in the same manner as the Golf Sportsvan, but with additional body coloured trim elements. The controls are also shared with other recently launched Volkswagen models, giving the SUV a familiar cabin.

The T-Roc has a typically SUV-like seating position as the front seats are mounted 572mm above the road, while the rear seats are set at a height of 618mm. Boot space is claimed to be 445 litres, which is 65 litres more than the Golf but 170 litres less than the Tiguan. With the standard 60/40 configured rear seat folded, capacity extends to 1290 litres.

Volkswagen will offer the T-Roc with a wide variety of engines in Europe. There’s also a six-speed manual or seven-speed dual shift automatic gearbox, and either front or 4Motion four-wheel drive on offer.

Four models will come with a six-speed manual gearbox and front-wheel drive as standard. The 2.0 TSI and more powerful version of the 2.0 TDI come exclusively with a seven-speed dual-clutch transmission and 4Motion four-wheel drive – a combination that can also be ordered as an option on the 1.5 TSI and 150hp 2.0 TDI.