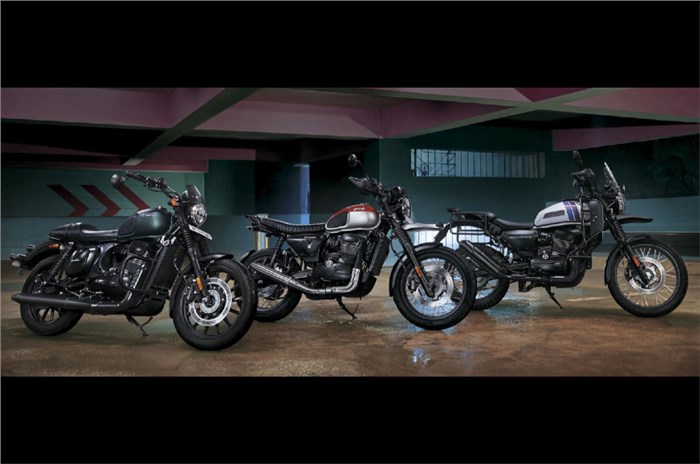 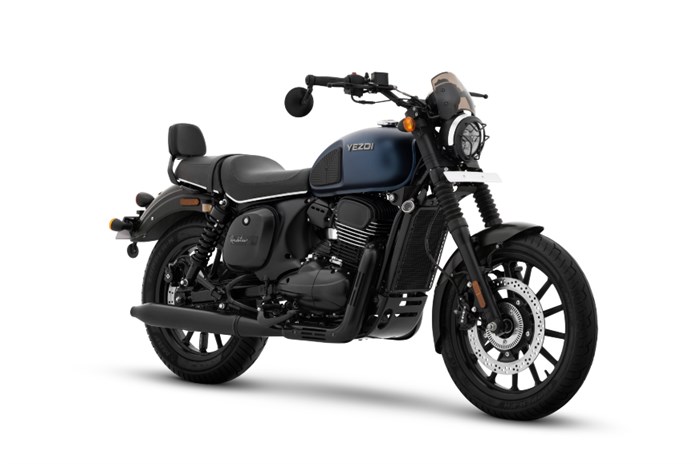 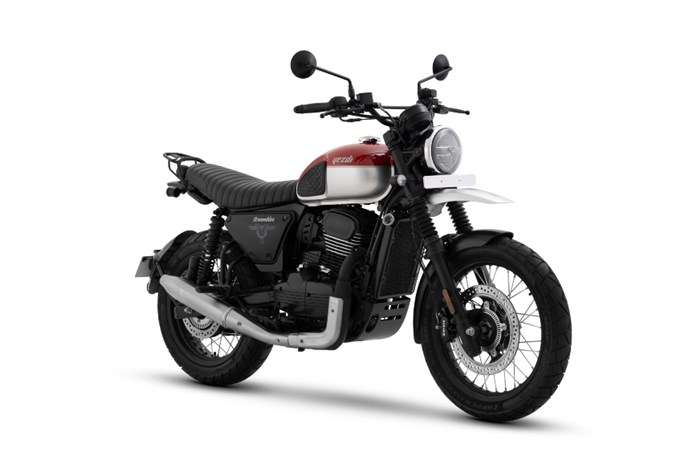 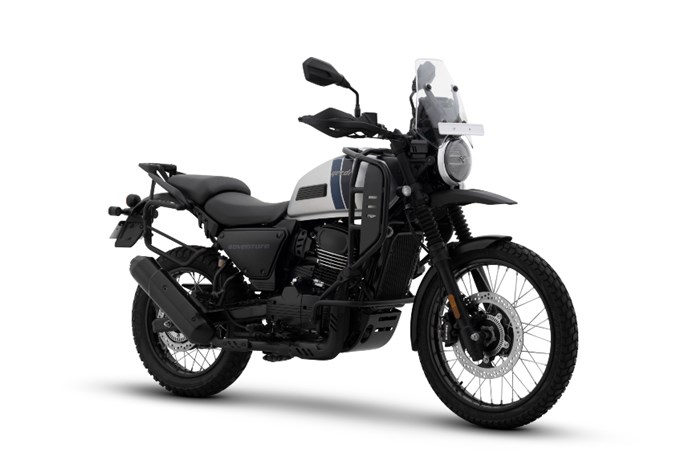 All three models use a 334cc, single-cylinder engine in different states of tune.

Classic Legends has today revived the iconic Yezdi brand with the launch of three new models called the Roadster, Scrambler and Adventure. The Roadster is priced between Rs 1.98 lakh and Rs 2.06 lakh, the Scrambler costs between Rs 2.05 lakh and Rs 2.11 lakh, and the Adventure is priced from Rs 2.10 lakh to Rs 2.19 lakh (all prices ex-showroom, Delhi).

All three models are powered by a 334cc, single-cylinder, DOHC, liquid-cooled engine, but each gets it in a different state of tune, with slightly varying power and torque figures. Similarly, each bike also has a unique chassis, with different suspension and wheel sizes, among other distinctions.

In terms of features, all three bikes get an LED headlight and tail-lamp, as well as fully-digital LCD instrumentation. Dual-channel ABS is offered as standard.

The Adventure features long-travel suspension (200mm at the front and 180mm at the rear) and is the only bike here to get a monoshock. It also has a healthy 220mm of ground clearance, and it’s no coincidence that all these figures are identical to those of the Royal Enfield Himalayan. Like the RE, the Adventure rolls on a 21-inch/17-inch wire-spoke wheel set-up. 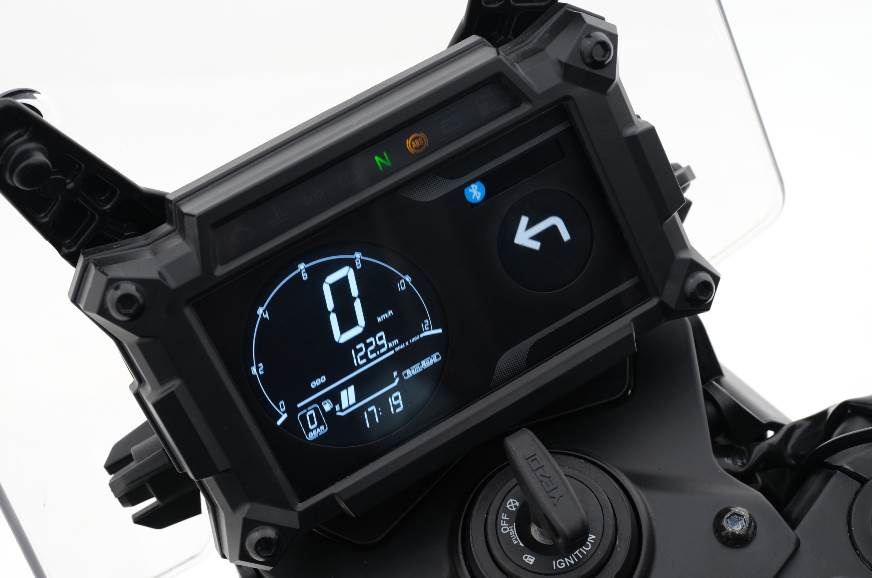 It gets three ABS modes – road, rain and off-road – with the last one presumably disconnecting ABS at the rear wheel. The Adventure is the only Yezdi to feature Bluetooth connectivity and turn-by-turn navigation, which it implements through its unique LCD display that can be tilted to suit both, seating and standing, riding positions. It also gets LED indicators, and a handlebar-mounted USB charger as standard.

The Scrambler has a design that lives up to its nametag, and can be identified by its twin gas-charged shock absorbers at the rear. It gets less suspension travel than the Adventure, (front: 150mm, rear: 130mm), slightly lower ground clearance (200mm) and smaller 19-inch front wheel. It also features the three aforementioned ABS modes, LED indicators and a handlebar-mounted USB charger as standard, but misses out on Bluetooth connectivity.

The Roadster is the only bike here to feature alloy wheels in an 18-inch/17-inch combination. Its design suits its name quite well, save for the raked out front fork which does look slightly awkward but harks back to the Yezdis of old. It is available in two variants: Dark and Chrome. The former is identifiable by its stylish bar-end mirrors, while the latter features a larger windscreen and conventional mirrors. The Roadster misses out on Bluetooth connectivity

These bikes are also accompanied by a whole host of accessories, which include flyscreens, headlight grilles, fork gaiters, bar-end mirrors, and in the case of the Adventure, even hard luggage. After all this anticipation, what do you think of these new Yezdis? Tell us in the comments below.

Brilliant effort by Classic Legends! Hope the bikes are reliable, with good after-sales support to boot. Would have loved a tacho as well, especially on the Scrambler and Roadster. Looking forward to AI's test drive of all 3 bikes....

Brilliant effort by Classic Legends! Hope the bikes are reliable, with good after-sales support to boot. Would have loved a tacho as well, especially on the Scrambler and Roadster. Looking forward to AI's test drive of all 3 bikes....