The new suspension for trikes is based on the Brudeli Leanster system; expected to debut on an upcoming product. 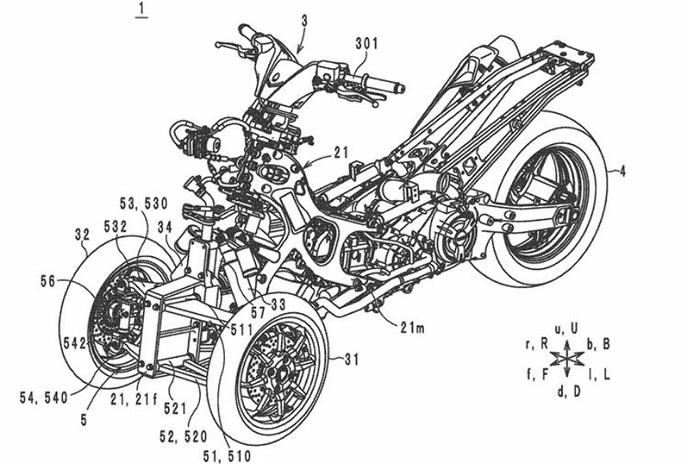 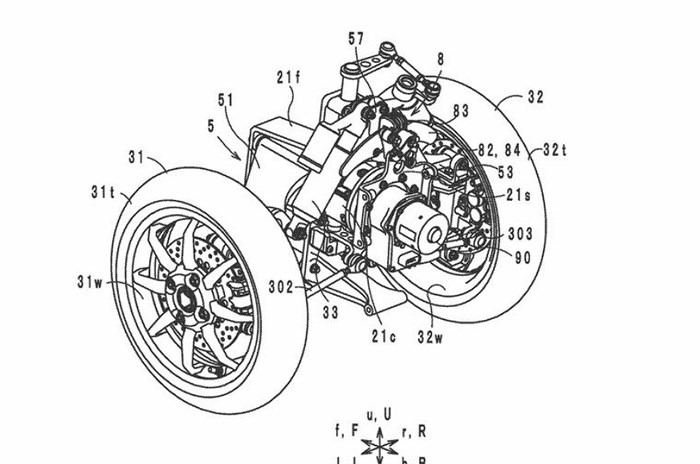 Yamaha is working on a new suspension mechanism for its trikes, as per a leaked patent image. The mechanism is expected to debut in an upcoming product under the brand’s Leaning Multi-wheel portfolio (LMW). Also, since the patent image shows the new system attached to the chassis of the Tmax 560 maxi-scooter, it has fuelled speculation that Yamaha may be developing a Tricity 560, powered by the same 562cc, parallel-twin engine as on the Tmax.

Currently, the LMW line consists of the Yamaha Tricity 125 and Tricity 300, while the MT-09 based Niken sits at the top. What sets the trike in the patent images apart is that, unlike the existing system of dual-telescopic forks on each front wheel, the upcoming trike features a simpler double-wishbone layout with a centrally mounted shock absorber. It is said to be lighter too and might remove the front-heavy feeling that plagues the Tricity and the Niken.

This new double-wishbone system is based on the Brudeli Trike Leanster suspension that debuted over a decade ago. Brudeli is a Norwegian tech firm that developed this suspension system and attached it to a few KTM-based trikes. In 2017, Yamaha bought the technology and has been developing it for future use. In fact, we've seen a similar double-wishbone system on the Yamaha electric MW-vision concept, showcased at the 2019 Tokyo Motor Show.

The patent image also shows an electric actuator that can control the trike's lean angle. Located just ahead of this actuator is a brake disc and caliper that will lock the suspension to prevent it from leaning. This eliminates the need of a side stand.

While the patent has been filed, the final production trike is still some time away. Stay tuned for updates.