The front disc variant is available in all five colours, while the drum variant receives two new colour options. 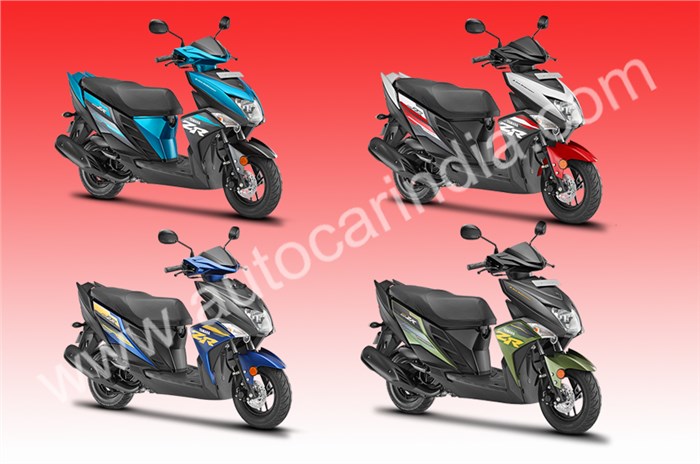 Based on the Ray-Z platform, this scooter was first showcased at the 2016 Auto Expo and has been positioned as a youth-oriented scooter with sharp styling and snazzy graphics. It is powered by an 113cc ‘Blue Core’ engine that is an air-cooled, four-stroke, SOHC, two-valve unit that uses a Continuously Variable Transmission (CVT). This engine puts out 7.1hp and 8.1Nm of torque and is the same motor found on Yamaha's Fascino and Alpha.

With a kerb weight of 103kg, the Ray-ZR weighs the same as the Fascino. The disc variant weighs 2kg more, with a kerb weight of 105kg. When launched, the Ray-ZR was priced at Rs 52,000 (Drum) and Rs 54,000 (Disc). However, the current prices for the variants are now Rs 53,451 and Rs 55,898, respectively.  The Darknight colour scheme continues to charge a premium of Rs 1,000 over the disc variant at Rs 56,898 (all prices, ex-showroom Delhi). The Yamaha Ray-ZR currently competes against the Honda Dio.