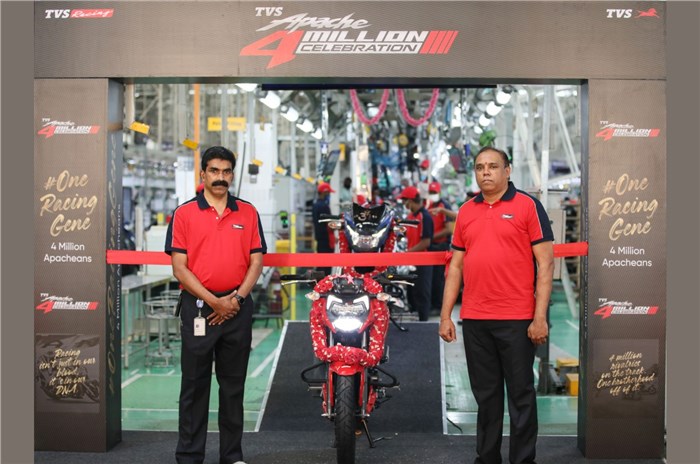 The Apache brand from TVS has proven to be one of their most successful ones. It has just crossed the 4 million global sales milestone.

Launched in 2005, the Apache series now comprises the RTR 160, RTR 160 4V, RTR 180, RTR 200 4V and the RR 310. To commemorate the 4 million global sales milestone celebrations, TVS has created the “Longest Chequered Flag” spanning a length of 957 feet. Each square on the flag has an image from their customers globally.

TVS also has the Apache Owners Group (AOG) which is a community for like-minded customers. The company claims that the community spans across 52 cities in India and major international markets with a total of more than 30,000 customers.