How does Suzuki’s newly launched adventure tourer stack up against its most direct rival, the KTM 250 Adventure, on paper? 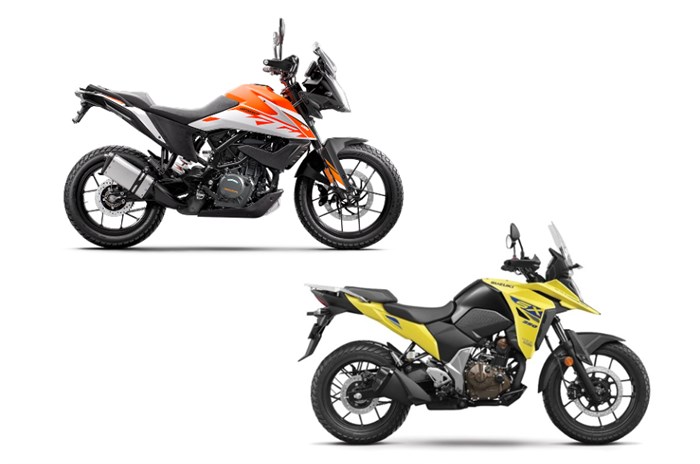 Roads are getting increasingly plagued by construction work, and the frequency of adventure tourer launches is on the rise. Coincidence? You decide. The latest offering on the market is the Suzuki V-Strom SX, which is a quarter-litre adventure tourer based on the 250cc Gixxer models. By virtue of its specifications and price, it goes up squarely against the KTM 250 Adventure. Here’s how the two stack up on paper.

There’s a lot in common between the two engines here: they both displace almost exactly 249cc, and get 4-valve heads. There’s little to separate them in the transmission department as well, with each getting a 6-speed ‘box and chain drive. But the V-Strom gets an oil-cooled motor while the Adventure gets full-blown liquid-cooling. There is a resultant difference in the output figures as well, where the KTM mill has a slight upper hand in terms of power and torque. But it also has a few extra kilos to pull around, so the real world performance shouldn’t be all that far apart, and you can expect these two bikes to be almost equally quick.

This is an area where the difference between the two bikes grows a little. While there are some similarities – both get a 19-inch/17-inch alloy wheel set-up – there are key differences, too. The 250 Adventure opts for a KTM-signature trellis perimeter frame, while the Strom gets a more basic single-downtube frame. The Austrian has an upper hand in the suspension department as well. Its 170mm front suspension travel is a good deal more than the Suzuki’s, and while the Japanese manufacturer hasn’t disclosed a rear suspension travel figure, if the front is anything to go by, then the KTM should have an advantage here as well.

These being adventure tourers, suspension travel is quite an important consideration, and the KTM has a better shot at delivering more comfortable ride quality with its greater travel. Throw in the fact that the V-Strom misses out on the ability to turn off ABS at the rear wheel (which the KTM gets), and the Adventure clearly has its nose ahead in this department.

The KTM 250 Adventure uses the 250 Duke’s basic frame, and this becomes an apparent handicap when you see that the 250 Adventure offers greater ground clearance despite having a lower seat height. But unfortunately, its 12-litre fuel tank is no larger than the Gixxer’s, meaning that the KTM should be able to go longer between fuel stops with its 14.5-litre tank. At 167kg, the V-Strom is over 10kg heavier than the Gixxer, but it’s still 10kg lighter than the KTM, which along with the lower seat height, should make it a slightly more manageable motorcycle.

At Rs 2.12 lakh, the Suzuki V-Strom SX is over Rs 20,000 more affordable than the Rs 2.35 lakh KTM 250 Adventure. And this is despite the fact that it gets Bluetooth connectivity which the KTM misses out on. However, the KTM does come across as a better all-terrain and long-distance motorcycle, at least on paper.

So if the aesthetic of an ADV is your primary reason for considering these two motorcycles, then you can save yourself some money and opt for the Suzuki V-Strom SX, which looks remarkably similar to its larger 1050 sibling. But if you do intend to go touring, you might be better off with the KTM. 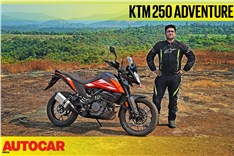 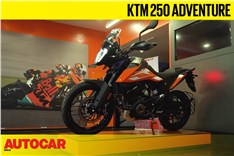