KTM 790 Duke may not launch this year

A delay in the homologation process has postponed the launch of the 790 Duke to next year. 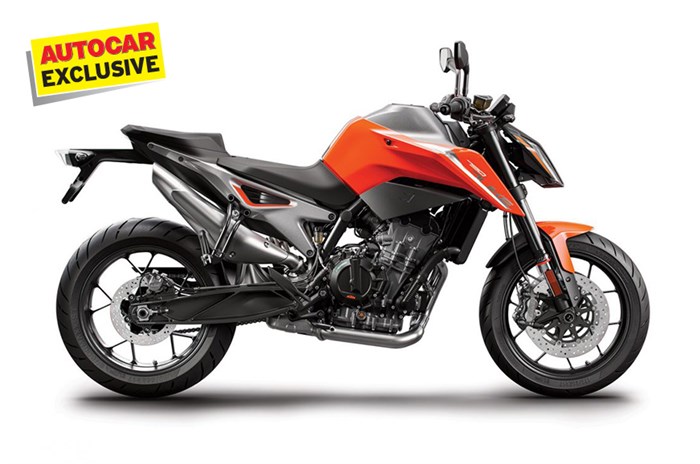 The KTM 790 Duke is a motorcycle that we’ve been looking forward to, ever since rumours of its launch in India first surfaced. Unfortunately, the wait has grown longer, as we’ve received information that the bike’s launch has been postponed to next year. The 790 Duke was expected to launch in November this year, but our sources say it has been pushed forward as there has been a delay in its homologation.

The bike was spotted back in February 2019, at what appeared to be the Bajaj training facility, but little else has been revealed since. Dealers in India began accepting bookings for the motorcycle a while ago for an amount of Rs 30,000 and also suggested that the sport naked will have an ex-showroom price of around Rs 7.5-8 lakh.

The KTM 790 Duke will also see some levels of localisation, but we believe this will be to a small extent and the price will not be a complete game changer. The latest estimates we hear put the ex-showroom price at around Rs 8 lakh, where the KTM will be on par with the likes of the Suzuki GSX-S750 (Rs 7.46 lakh) and the Kawasaki Z900 (Rs 7.69 lakh), and significantly below more direct European rivals such as the Street Triple S (Rs 9.19 lakh) and the Ducati Monster 821 (Rs 10.99 lakh).

The 790 Duke is already on sale in international markets and is powered by a 799cc, parallel-twin engine that makes 105hp and 86Nm of peak torque. With a dry weight of 174kg, the sport naked motorcycle is one of the lightest in its class, second only to the Triumph Street Triple. The stressed-member engine is one of the aspects contributing to its light weight. The 790 Duke is also equipped with a 43mm, non-adjustable USD fork and a pre-load monoshock, both sourced from WP.

Braking at the front is taken care of by J.Juan 300mm twin-discs with four-pot, radial-mounted calipers, and a two-piston caliper on a 240mm disc at the rear. Other features on offer include a full-TFT display and the most comprehensive electronic safety package in the segment, which includes Bosch cornering ABS with a disengageable Supermoto mode, lean-angle-sensing traction control, launch control, a bi-directional quickshifter and four riding modes (including a customisable Track mode).

We’ve also learnt that since the 790 Duke’s launch has been pushed forward, the manufacturer will turn its focus towards launching the 390 Adventure and the Husqvarna models in India.