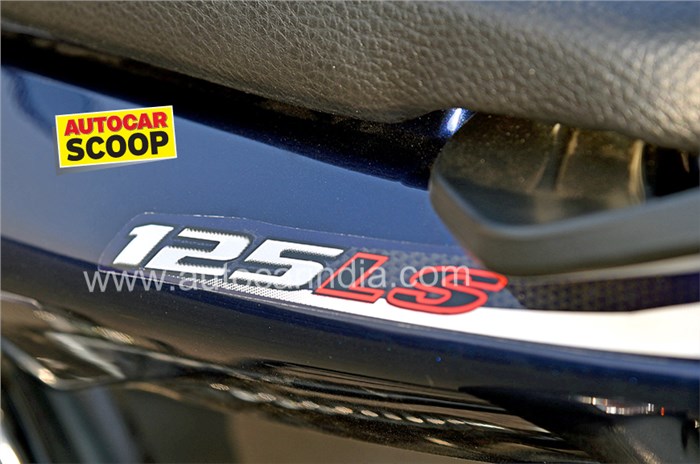 Smallest Pulsar ever to get 13hp, 4-valve motor and CBS.

While every motorcycle manufacturer is busy sourcing cost-effective ABS/CBS units in time for the 2019 norms, some have taken this as an incentive to do a rethink. Case in point being Bajaj, which has a large portfolio in the norms-applicable (read, 125cc and above) segments. While its entire range will be suitably readied in time for the norms – remember, Bajaj was comfortably the first to comply with the BS-IV norms as well – it’s the Pulsar 135 LS that will make way for a new, even-smaller motorcycle – the Pulsar 125. The norms, to elaborate, require motorcycles above 125cc launched after April 1, 2018 to feature ABS, while those below 125cc are required to feature CBS. Existing motorcycles, meanwhile, have been directed to comply with these norms in 2019.

WHY A 125?
With the 2019 ABS norms kicking in, the Pulsar 135 LS is likely to be impacted the most. The price hike brought about by mandatory ABS is certain to rob the 135 LS of its competitive positioning; at present, it is an affordable (if slightly more expensive) and appealing alternative to 125s. The evolution of the baseline Pulsar is, therefore, obvious (if paradoxical, since it’s getting smaller) – and Bajaj needn’t look elsewhere for its next step.

ST-ART FROM SCRATCH?
You may have forgotten it (and we don’t blame you) but Bajaj has already built a credible motor for this purpose – the 124.6cc, 4-valve engine from the Discover 125 ST! This motor, to refresh your memory, has served in the 2012 Discover 125 ST/T, where it was paired with a five-speed transmission. The twin-spark, air-cooled motor produces 13hp at 9,000rpm and 10.8Nm of torque at 7,000rpm – respectable figures that have proven to be fun yet economical in the Discover’s guise. More importantly, these numbers aren’t vastly off the mark in comparison to the 135 LS’ output figures either – 13.5hp at 9,000rpm and 11.4Nm at 7,500rpm. As a result, it will be at ease to deliver the performance expected of a Pulsar-badged motorcycle, while definitely giving it the edge over its rivals.

COMPETITION CHECK
Thanks to the 124.6cc motor, the Pulsar 125 will be absolved of featuring ABS (it will feature CBS instead) and will therefore be priced at a lucrative point, especially in comparison to its rivals – the Honda CB Shine SP and the Hero Glamour 125, both of which are also well off the mark in terms of power output (10.1hp and 11.3hp, respectively). That it will prove to be a compelling 125 is to state the obvious, but it will also, importantly, bring the Pulsar brand to an even more accessible point – an important consideration given how image-conscious the sporty-commuter segment is. The Pulsar 125 will, therefore, also appeal to a younger, performance-hungry audience which currently has little choice but to stretch its budget to the 150cc segment, for the lack of a well-balanced lower-displacement offering.

TO LS OR NOT?
What remains to be seen is Bajaj’s overall approach to the Pulsar 125. While it is certain that the Pulsar 125 will be light and sporty by default, it may deviate (perhaps mildly) from the existing LS wardrobe, given that the latter hasn’t really taken the audience by storm since its BS-IV revival. As such, it remains to be seen whether Bajaj will continue with the LS suffix, although it is certain that the Pulsar 125 will be a naked-styled motorcycle. Another consideration is Bajaj’s focus on international markets, which are more receptive (and demanding) of funky, well-equipped 125s. While the Pulsar 125 will certainly work as a catalyst towards Bajaj’s growing popularity in markets such as Latin America and Southeast Asia, its positioning in India may be a crucial factor; premium 125s haven’t necessarily been a raging segment in the country.

WHEN IS IT COMING?
Given that the motor has proven credentials – and so does the Pulsar 135 LS’s platform – Bajaj’s R&D has the right ingredients in place. While the Pulsar 125 may be no more than a scattered concept at the moment, Bajaj has showcased a quick turnaround ability in recent times. As such, it may be possible that the Pulsar 125 will be ready for a timely, April 2019 launch, although mid-2019 will still be a reasonable timeline to expect. Stay tuned for more!