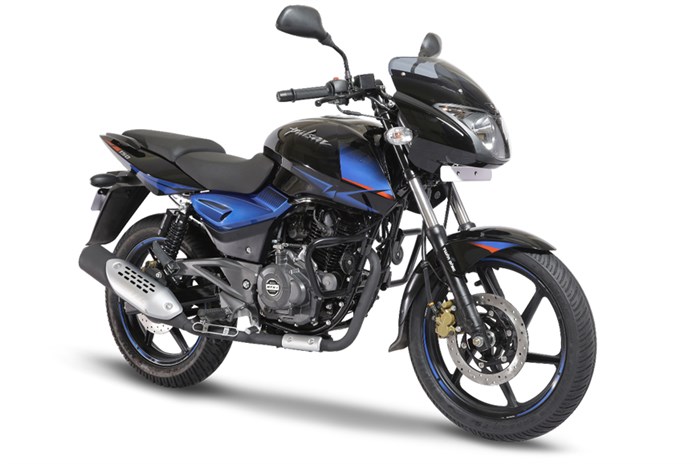 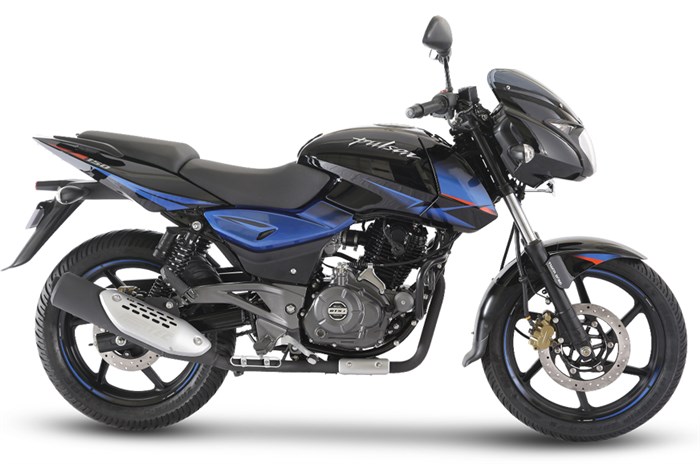 True to our report published nearly a month ago, Bajaj has launched the Pulsar 150 Twin Disc variant. The motorcycle, in fact, arrived at dealerships and went on sale in March 2018 itself, though Bajaj had issued no official communication with regards to the same.

The new 150 gets a disc brake at both ends – a 260mm front disc (replacing the 240mm unit) and a 230mm rear disc – although it doesn’t feature ABS. Thanks to an end-March launch, Bajaj avoided having to comply with the new norms, in effect from April 1, 2018, which require ABS to be mandatory on motorcycles above 125cc.

In addition to the twin disc setup, the Pulsar 150 also gets a thicker, 37mm front fork and a split seat along with a split grab rail – borrowed from the Pulsar 180. It also get a new foot peg assembly that’s now aluminium-finished against the previous chrome one, and the pedals look more premium as well. Unlike the silver wheels on the 180, the 150 features 17-inch alloys in a matte-black finish.

The Pulsar 150 retains its 149cc, single-cylinder, two-valve, twin-spark motor which produces 14hp at 8,000rpm and 13.4Nm of torque at 6,000rpm. Importantly, following in the footsteps of the Discover 110 and the new Avengers, Bajaj claims a significant improvement in NVH characteristics of the Pulsar 150.

The Bajaj Pulsar 150 Twin Disc will be made available in three colours – Black Blue, Black Red and Black Chrome.