Two-wheelers in India to get ABS as standard

Mandate issued by the Road Ministry requires manufacturers to offer ABS as standard on all two-wheelers over 125cc; to come into effect from April 1, 2018. 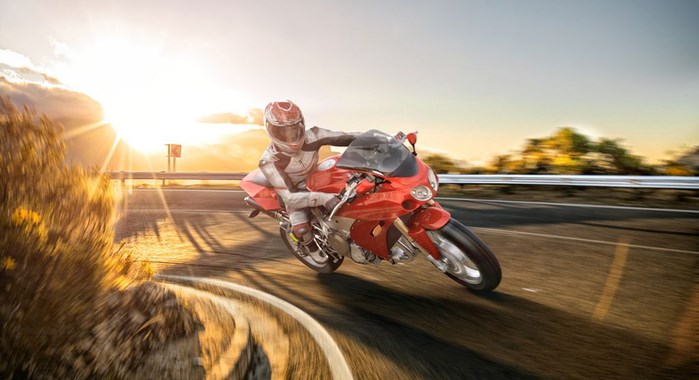 On March 16, 2016 the Ministry of Road Transport and Highways (MoRTH) issued a notification that from April 1, 2018, all two-wheelers above 125cc will have to be equipped with anti-lock braking system (ABS). For two-wheelers with engine displacements less than or equal to 125cc, manufacturers have the choice of installing either ABS or the combined brake system (CBS).

As per the government draft, all new vehicle models launched in category L2 with engine capacity equal to or less than 125cc, with maximum power equal to or more than 15hp, and power-to-weight ratio equal to or more than 0.136hp/kg, manufactured on and after April 1, 2018 will be fitted with an ABS or CBS conforming to IS: 14664: 2010. By making ABS compulsory for two-wheelers, the Indian government aims to both improve safety and reduce the number of road accidents. In India, riding concerns primarily revolve around the country’s infrastructure concerns and unpredictable riding conditions. It is understood that two-wheeler manufacturers in the country are currently engaged in talks to understand the ramifications of the government directive.

It can be recalled that in December 2014, our sister publication Autocar Professional first broke the news of ARAI proposing mandatory ABS for two-wheelers above 125cc. German automotive component supplier Bosch is one of the world's leading suppliers of ABS for two-wheelers. Speaking about the new development in the Indian market, Sandeep N, head of Bosch’s new business unit, ‘Two-Wheelers & Powersports’, in India, said: “Technologies such as motorcycle ABS are key enablers that could help improve the quality of life. Motorcycle ABS has the potential to significantly reduce accidents pertaining to two-wheeler related fatalities.” According to a report filed by MoRTH in 2012, approximately 36,000 people died in India while riding a two-wheeler. This accounts for nearly 26 percent of the total traffic accidents.

The mandatory fitment of motorcycle ABS is a significant step forward along the way to saving lives in India. An estimation from Bosch’s accident research study suggests that every third accident involving a two-wheeler could be avoided if the two-wheeler came with ABS. Going beyond, the equipment can also reduce the collision speed of every fifth accident, thus helping to reduce the severity of injuries sustained. Since 1995, the German technology supplier has manufactured over two million units ABS for two-wheelers. In 2015, it introduced a new generation of its motorcycle ABS, ABS 10, which is up to 30 percent lighter than the current ABS 9 and specifically developed for the use in emerging markets.