Both the motorcycles are built on the same platform but are targeted at different buyers. 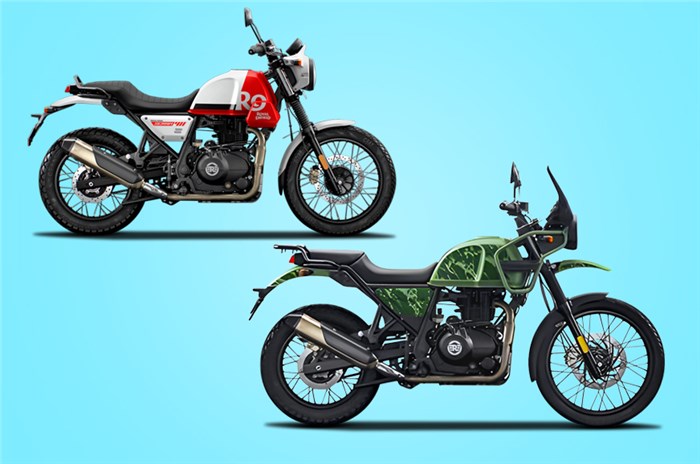 The Royal Enfield Scram 411 was recently launched in India and as you know by now, it is based on the Royal Enfield Himalayan. In fact, this is the first time that Royal Enfield has launched a new motorcycle on the Himalayan's platform. So, what are the key differences between the two motorcycles? We list them below.

Scram 411 vs Himalayan: design and colours

The most apparent difference between the Royal Enfield Scram 411 and the Himalayan is the way they are designed. The Himalayan being the proper adventure motorcycle among the two has bits that are purpose built for the same. Starting from the front end, the Himalayan has a windscreen atop the headlight whereas the Scram 411 doesn't get one. Instead, it has a neat cowl around the headlight that's also positioned lower.

Move to the side and you'll notice that Scram 411 is devoid of the Himalayan’s tubular metal surrounds around the fuel tank. The tank extensions at the bottom are a neat touch. It also has a stepped, single-piece seat instead of a split-seat set-up on the Himalayan.

Finally, the tail section on the Scram 411 is reprofiled and looks sleeker, especially since it doesn't get a rack to mount luggage, as seen on the Himalayan adventure motorcycle.

In keeping with the Scram 411's ADV crossover positioning, Royal Enfield is offering the bike with a choice of bold new colours. From vibrant red to white, blue et al, the bike is sure to stand out. But if that's not your style, the Himalayan’s relatively subdued colours should appeal to you.

The Royal Enfield Himalayan has a much more comprehensive instrument cluster, in keeping with its ADV purpose. You've got a tachometer, compass and Tripper navigation pod, in addition to the speedo and other lights.

The Scram 411's instrument pod is similar to the one we've seen on the Meteor 350, albeit with a different colour treatment for the fonts. The analogue speedo encompasses a digital display for the fuel gauge, odometer, tripmeter, and more. Royal Enfield offers the Tripper Navigation as an option on the Scram 411.

The Himalayan and the Scram 411 have a telescopic fork and monoshock set-up but the big difference between the two is in the front wheel size and suspension travel.

In keeping with the Himalayan's go anywhere application, the bike gets a 21-inch front wheel that's better at handling rock-strewn off-road sections, sand and what have you. The Scram's smaller, 19-inch front wheel is also capable of handling trails but not as well as the Himalayan’s. In fact, the Himalayan’s 10mm extra suspension travel at the front end will also make it more capable at absorbing big bumps or hard landings, if you decide to go flying over crests! Also, while the braking setup is the same, the Himalayan gets switchable rear ABS and that's crucial to get the bike to slide while riding off-road. < p>

The Scram 411's smaller wheel and reduced suspension travel compared to the Himalayan has led to a lower ground clearance, at 200mm, vis-a-vis 220mm of the Himalayan.

The seat height too has reduced to 795mm, compared to the Himalayan’s 800mm seat height, which makes it a tad more accessible for shorter riders.

Finally, it's the price difference between the two bikes. The Scram's price starts at Rs 2.03 lakh and goes up to Rs 2.08 lakh, whereas the Himalayan’s price ranges from Rs 2.15 lakh-2.22 lakh.

The price gap between the two motorcycles isn't too much to totally influence buying decisions. At the end of the day, the choice is between a proper ADV that is the Himalayan or the Scram 411 that'll handle most of the riding conditions that the Himalayan can, while being a bit more accessible.

Let us know which bike you'd choose between the two in the comments section. 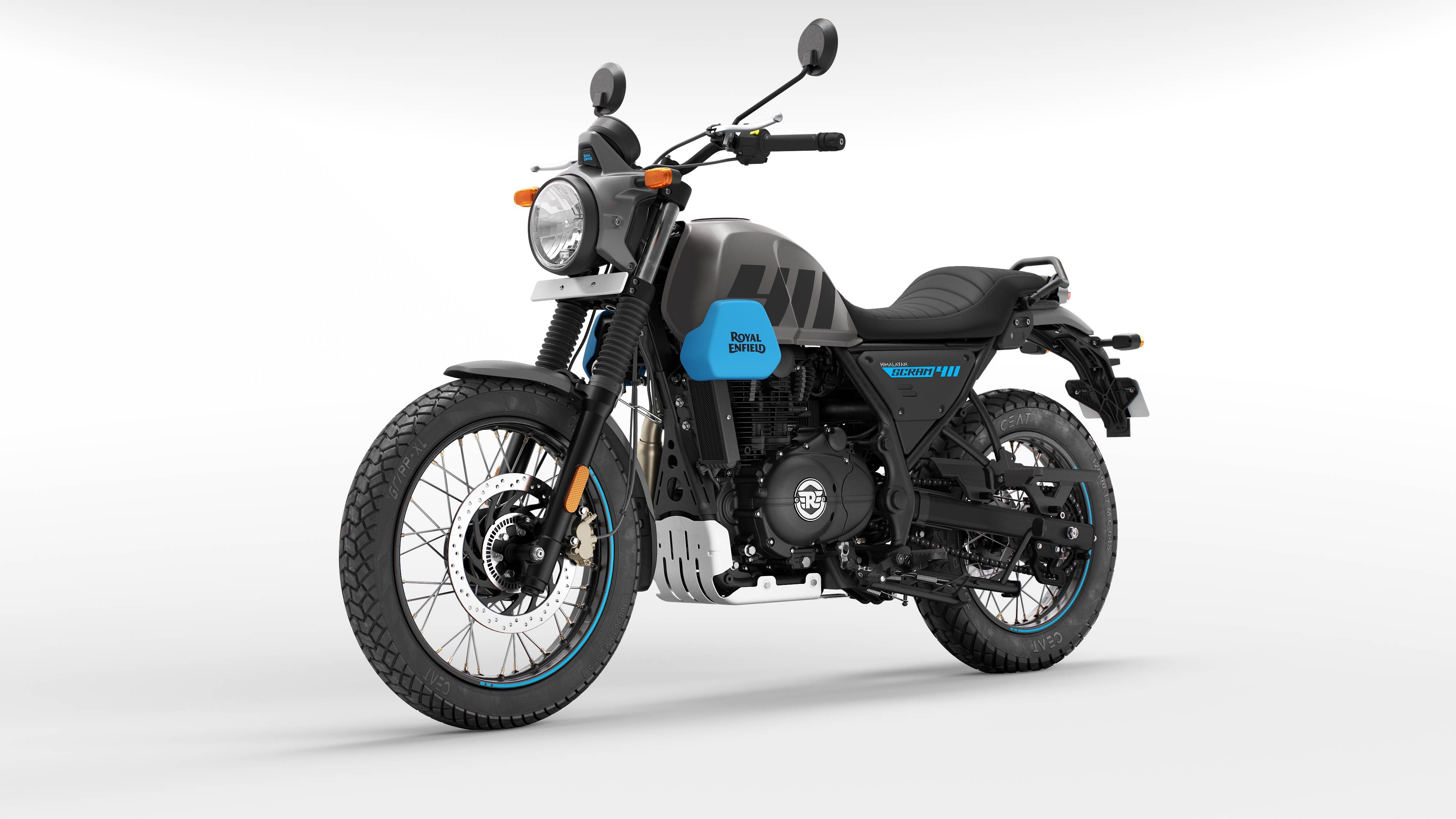