The Royal Enfield Himalayan 450 is based on a brand-new platform. 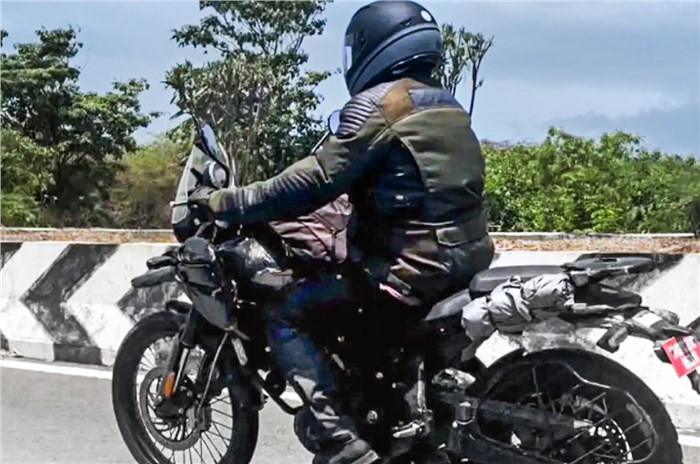 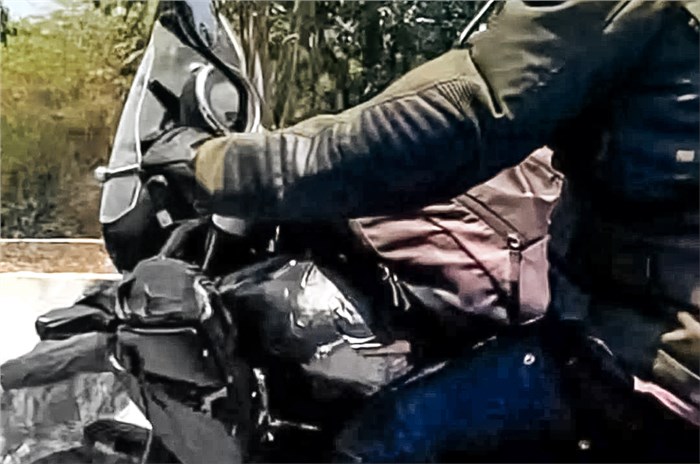 Royal Enfield is busy testing the new Himalayan 450 on our roads and a fresh set of spy photos has emerged on the internet. The new pictures reveal some more details about Royal Enfield’s new adventure motorcycles.

To begin with, the bike is expected to get a pretty large, almost vertically oriented instrument cluster. This is in complete contrast to the multi-dial instrument cluster we see on the current Himalayan 411. The single, circular instrument cluster has a chrome bezel along its circumference and this screen should display most of the necessary information. It is still unclear whether this is an LCD or a colour TFT display. That being said, expect Royal Enfield to offer Bluetooth connectivity and navigation features, going  by today’s demands.

The bodywork is quite heavily wrapped in tape and camouflaged but one can clearly see the long front beak and metal frame around that double up as  jerrycan holders. Other details on this particular test mule include split seats, and a pillion grab bar that seems to merge with the large top box rack. And if you are wondering about next to no bodywork around the tail section, it seems to be so for attaching panniers, as seen on the bike in the previous spy photos. Underpinnings are a relatively high-spec affair, with an upside-down front fork, metal-braided brake hoses and wire-spoke wheels, with the front appearing to be a 21-inch wheel while the rear is possibly a 17-inch wheel.

While it is still early days, there is a lot of buzz around the Royal Enfield Himalayan 450. Pricing is going to be key, and we are eager to see what they’ve come up with and how the bike stacks up against competition.

Let us know what you think of the Royal Enfield Himalayan 450 in the comments below.