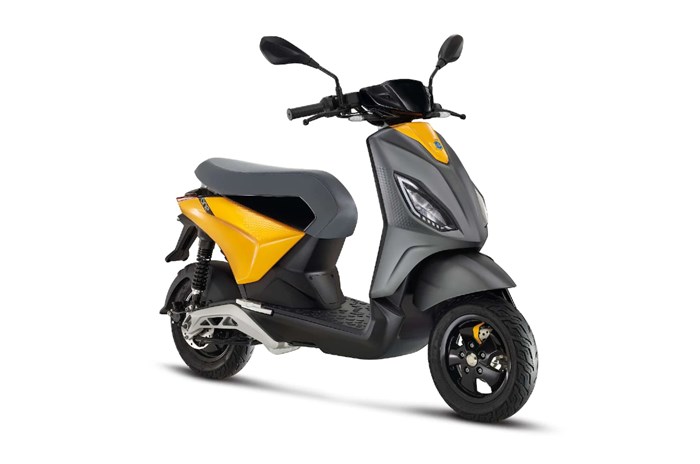 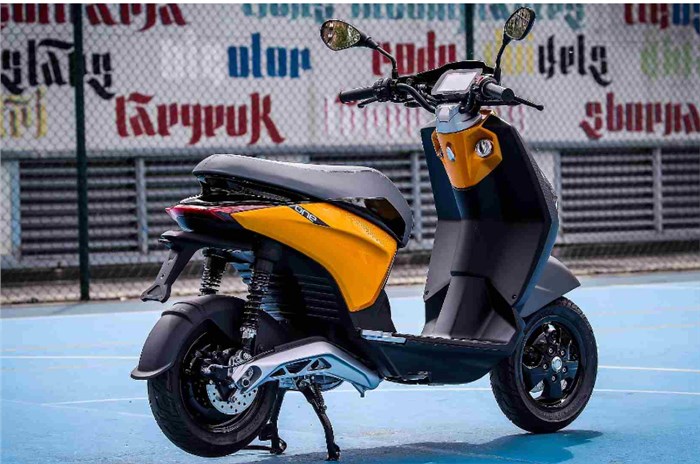 This is only the second fully-electric scooter from the Piaggio Group.

Just days before its debut at the Beijing Motor Show, the Piaggio One electric scooter has been unveiled virtually to the world.

The One electric scooter is the model that will kickstart Piaggio's electric future and the company says it will go on sale in Europe as early as the end of next month.

There aren't many specs revealed so far, but we do see a hub-mounted motor that will be powered by a removable underseat battery pack. Whether this is a product of the consortium created by Piaggio, Honda and Yamaha to co-develop swappable batteries, is unclear at the moment.

The good news is that the battery can be charged using a conventional 5-amp socket, either in the scooter or remotely. Unsurprisingly, there's no data about charging times just yet, but it's reasonable to expect a fast-charging option to be offered as well.

Like most electric scooters, the One's feature list is pretty comprehensive, with things like keyless operation, USB charging, two ride modes and LED lighting on offer. The interface between the scooter and the rider is a fully-digital colour instrument cluster.

Drawing inspiration from its Vespa siblings, the One features single-sided trailing-link front suspension. At the rear, there's a double-sided (and rather pretty) swingarm suspended on twin shock absorbers, with stopping power coming from disc brakes at both ends.

It might just be a single electric scooter at the moment, but Piaggio says that the electric One platform will eventually grow to accommodate everything from an electric moped to an electric motorcycle. All the models are expected to feature swappable battery packs, and motor output levels will vary. Considering the urban applications of this particular scooter, we expect a sub-10kW power output, perhaps even under 5kW.

As far as India is concerned, it's quite unlikely that the One will be seen in showrooms here. When the Vespa Elettrica was showcased at the Auto Expo, Diego Graffi, the head of Piaggio's operations in India, did mention a different Piaggio electric scooter would be coming our way sometime soon, but we doubt it'll arrive under the Piaggio badge itself. So, while we could see an Aprilia or Vespa electric scooter hit our roads sometime in the distant future, we doubt the One is headed our way.