A similar update for the R3 is likely to follow soon after. 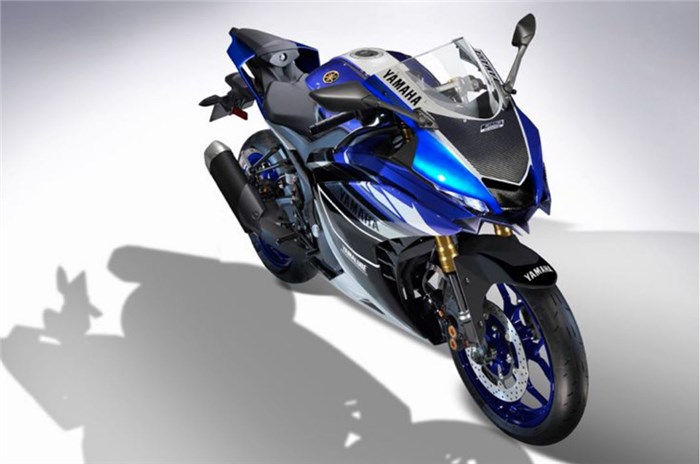 The Yamaha R25 made its debut in 2014 and it was followed by the higher capacity R3 in 2015. Both bikes have been around in different markets for a while now, so it’s only fitting that Yamaha brings in an update soon. According to Japanese publication Young Machine, the R25 is going to be replaced by a radical new model which will get plenty of updates.

Naturally, an update to the R25 applies to the R3 as well, given that they are based on the same platform. However, whether this will happen simultaneously or at a later stage is not known at this point.

Even though what we see here is a rendered image, it's safe to assume that the R25 will go down the design route of the current R1 and R6. Smaller bikes like the R15 have already done so, so there is a possibility we’ll see similarly sharp bodywork, sleek headlamps and a breathtaking tail section on the next-gen model as well. Also likely is a switch to LED headlamps.

But the Japanese publication states that the updates won't be limited to the skin and there’s word that the front end will get a USD fork as well as a radially mounted front brake caliper. The report goes on to say that the engine will be reworked, too, and could feature Yamaha’s Variable Valve Actuation (VVA) technology, just like the new R15 does.

What remains to be seen is whether the next-gen R25/R3 will retain its sporty, but not overly committed riding position, or whether it will go down the road of the R15 that puts the rider in quite an aggressive stance. The report also stresses on the fact that the new R25/R3 will retain its identity; so it’s safe to say that the two models will still be good all-rounders.

All these changes will come in response to similar updates made to Kawasaki’s Ninja 250. In fact, the very reason that the R25 came into existence was to take on the Ninja 250. So, when Kawasaki expanded the Ninja 250 to the Ninja 300 for some markets, Yamaha followed suit and brought in the R3.

Naturally, the next-generation R3 is likely to follow suit and it could debut later in 2019 or perhaps 2020. But it remains to be seen if Yamaha will build another R3 or if it will go the Ninja 400 way and create an R4. Either way, that’s the motorcycle that will be relevant in our market. But this bike is still a long time way, and, until then, the current version of the R3 with Metzeler tyres and ABS makes for a very compelling proposition in the segment, especially given the Kawasaki Ninja 400’s punishingly high price.