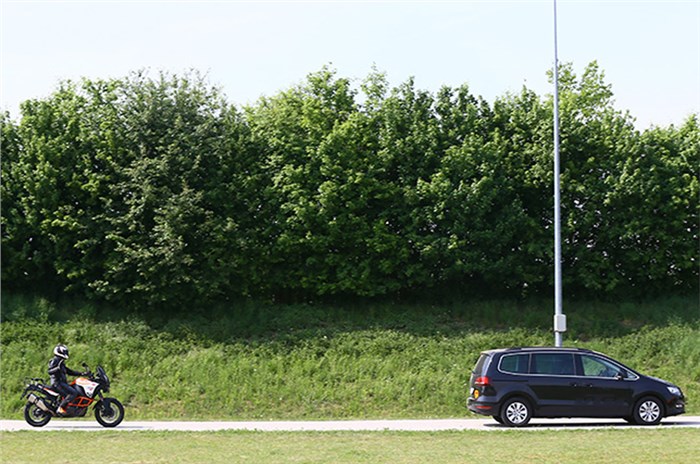 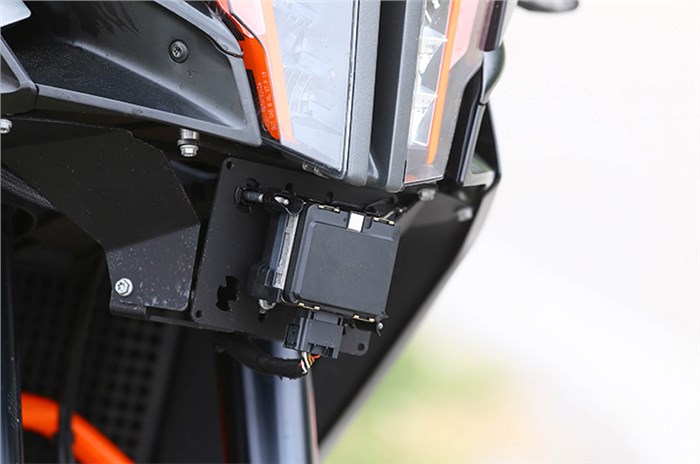 While adaptive cruise control systems have been offered on cars for a while now, motorcycles haven’t yet been commercially equipped with this technology. But that is about to change soon, with multiple motorcycle manufacturers indicating a desire to incorporate this technology. Ducati recently made clear its intentions to introduce radar-based adaptive cruise control on its models and now, KTM has jumped on the bandwagon as well, even showing us a working prototype.

The two systems that KTM is working on are Adaptive Cruise Control and Blind Spot Detection. KTM’s vice president of R&D, Gerald Matschl has stated that these systems are ‘still in development’ and ‘not for next year’, indicating that the technology is yet in its infancy. Considering these are vital safety systems, KTM’s intensive reliability testing before going public with it is understandable.

However, in an encouraging step, Matschl did go on to demonstrate the working of the prototype himself. A demo KTM 1290 Super Adventure, fitted with front and rear-facing sensors, was made to follow a people carrier. With his right foot off the rear brake lever and his right hand away from the handlebar, the motorcycle matched its speed to that of the car in front and maintained a constant gap without any rider input whatsoever.

To elaborate, the front sensor is activated when cruise control is engaged at speeds greater than 30kph; once the vehicle in front has been detected and locked on, the speed of the motorcycle is controlled using automatic throttle and braking management. KTM believes that once the technology has been perfected, the motorcycle will be able to react to emergencies and apply the brakes faster than any rider can.

The second system, Blind Spot Detection, uses the rear-facing sensor in conjunction with LED lights embedded into the mirrors, to warn riders about vehicles approaching from the rear. Along with the illumination of the LEDs, a warning will also be displayed on the TFT dashboard.

Considering the development costs will be substantial, the technologies are likely to make their debut on the next generation of the 1290 Super Adventure, perhaps towards the end of 2020.