The sport-naked is expected to have an ex-showroom price tag of Rs 8.5 lakh. 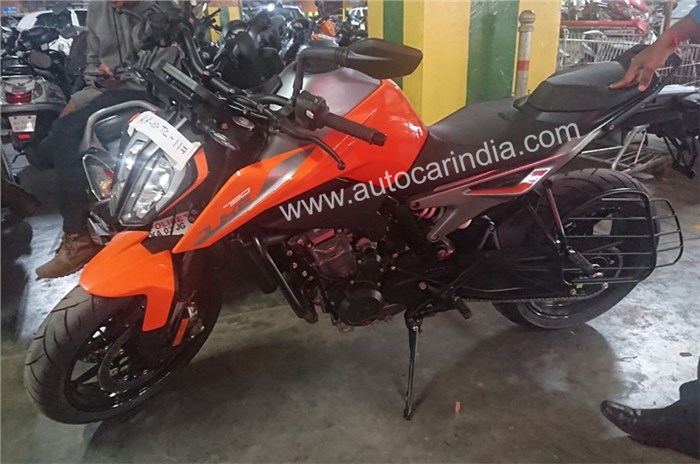 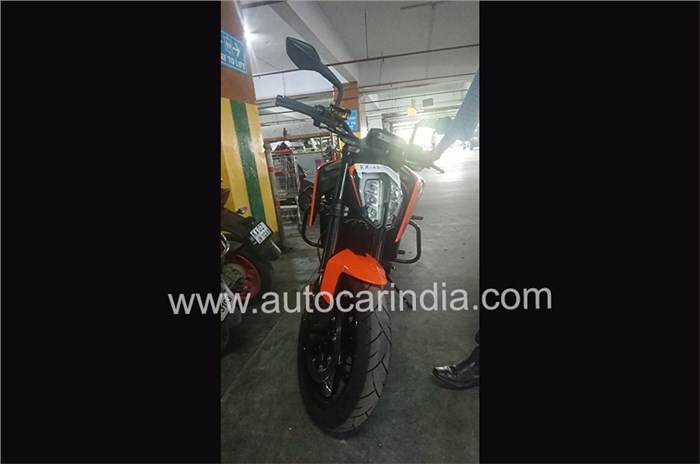 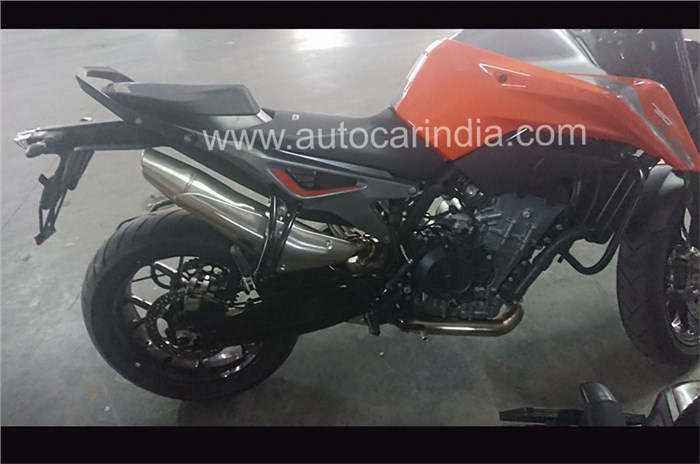 Ever since the 790 Duke made its debut at EICMA 2017, enthusiasts in India were waiting for its India launch. It has been a long time coming, but we’ve received unofficial word that the launch is slated for September 5, 2019. We have also received word that the upcoming middleweight sport-naked will have an ex-showroom price of around Rs 8.5 lakh, and an on-road price around the Rs 10.5 lakh-mark in Mumbai.

The new images we have received confirm a number of India-spec details – the model spied is equipped with sari and engine guards.

This means the KTM 790 Duke is not going to be competitively priced like the company’s other offerings in India. However, there is good reason for this – unlike the lower-capacity models, this one is imported from Austria and only assembled here. That’s not all though: We have also been told that the engine enters India fully-assembled. The initial lot of bikes are expected to be BS4-spec.

During this year, we have received varying news about 790 Duke making its way to India. The bike was spotted back in February 2019, at what appeared to be the Bajaj training facility, but little else has been revealed since. Dealers in India begun accepting bookings for the motorcycle a while ago, for an amount of Rs 30,000, and had also then suggested that the sport-naked will have an ex-showroom price of around Rs 7.5-8 lakh.

Shortly after, dealers stopped accepting bookings and we received word that a delay in homologation had postponed the 790 Duke’s Indian debut. It now looks like that issue has been resolved and the motorcycle is nearly here. Most recently, we learned that KTM has initiated plans to upgrade its showrooms in India to accommodate its upcoming premium models, like the 790 Duke and 390 Adventure. The showrooms are set to get larger, more premium and are expected to offer a better customer experience.

The 790 Duke is already on sale in international markets and is powered by a 799cc, parallel-twin engine that makes 105hp and 86Nm of peak torque. With a dry weight of 174kg, the sport-naked motorcycle is one of the lightest bikes in its class, second only to the Triumph Street Triple. The stressed-member engine is one of the aspects contributing to its light weight. The 790 Duke is also equipped with a 43mm, non-adjustable USD fork and a pre-load monoshock, both sourced from WP.

Other features on offer include a full-TFT display and the most comprehensive electronic safety package in the segment, which includes Bosch Cornering ABS with a disengageable Supermoto mode, lean-angle-sensing traction control, launch control, a bi-directional quickshifter and four riding modes (including a customisable Track mode).