KTM 390s are back on Metzeler tyres in India 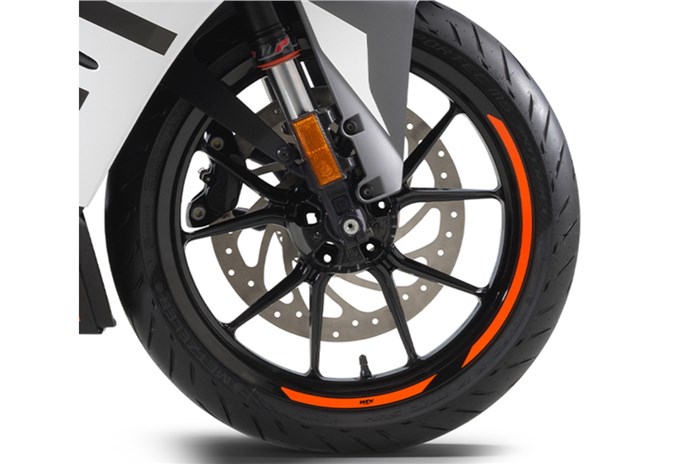 Late last year, we broke the news that KTM was selling its range-topping 390 models on the same MRF tyres as the lower 125, 200 and 250cc models. We’re now pleased to report that the 390s are back on Metzelers.

The issue at the time was government restrictions being placed on the import of tyres, but this has since been eased. At the time, the 390 Duke and RC 390 switched to the MRF Revz C1 tyres, while the 390 Adventure was sold with the MRF Mogrip Meteor tyres that are usually found on the KTM 250 Adventure.

KTM did not lower the price to account for this change back then, and it appears that the brand has not increased the prices with the return of the Metzelers either. However, the entire KTM range has witnessed numerous price hikes in the past year, with the most recent one increasing prices by up to Rs 11,400.

The 390 Adventures wearing Metzeler Tourance tyres are already back in the showrooms and we are given to understand that the 390 Duke and RC 390 range will also be dispatched with Metzelers going forward. The Metzelers will continue as long as supply remains consistent, but if the import restrictions resume then the 390 range may return to the MRF tyres.

Meanwhile, the next-generation KTM RC range has been leaked and the international spec bikes are now running Continental ContiRoad sport touring tyres. Whether the India-spec bikes will use these Continental tyres or stick with the existing Metzeler and MRF rubber remains to be seen.

Click here and here to check out the polarising new design philosophy for the RC range and to read about all the changes these bikes will bring. These bikes are expected to launch in India within the next couple of months.