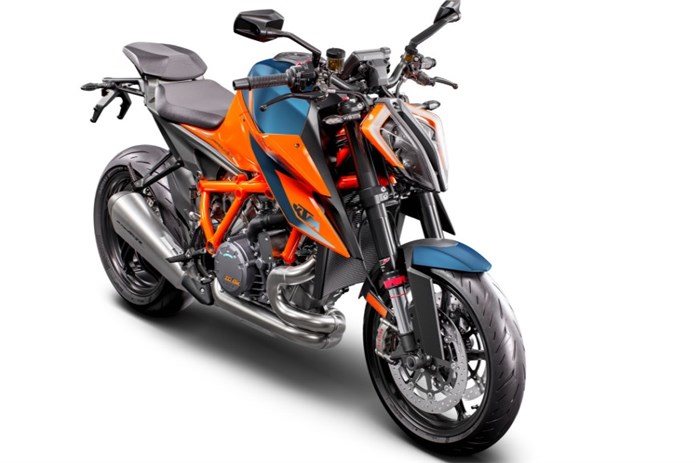 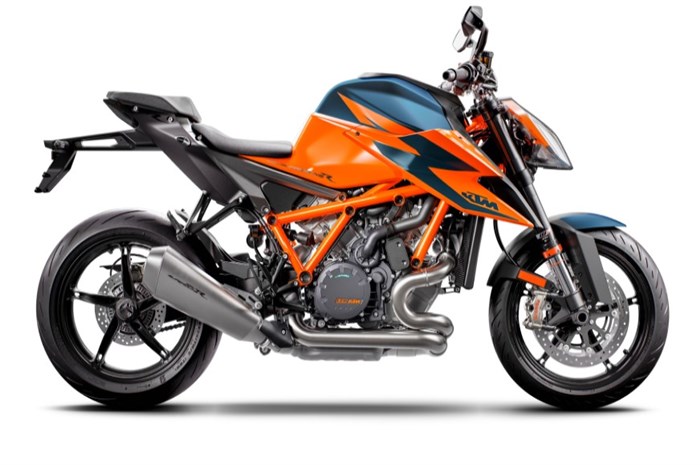 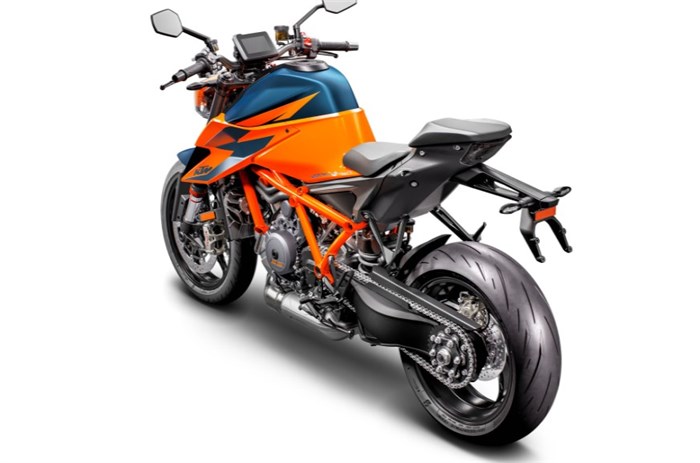 Starting with the styling, the 1290 Super Duke R looks every bit like a top-level super naked should; and there’s oodles of aggression all around to suggest that you must not take this motorcycle lightly. KTM says they’ve intentionally used minimal bodywork, since the 1290 was always designed as a proper naked machine and not a stripped-out superbike. The muscular lines around the bodywork and the big fuel tank with large extensions and compact tail section, both portray a menacing stance that’s further accentuated by the shape of the headlamp. The all-LED unit is vertically split by a new ram-air intake, highlighting the synergy of form and function.

The riding position is understandably aggressive with rear-set foot pegs and a low handlebar, which can be adjusted for reach by rotating it over a span of 21mm.

Underneath the skimpy bodywork is a brand-new steel-trellis frame, which is three times stiffer than the previous-gen Super Duke R, with the engine as a stressed member. By widening the diameter and reducing the thickness of the steel-trellis frame’s wall, KTM has managed to shear off 2kg. The rear subframe is also lighter, with the pillion seat and number plate bolted on directly, eliminating the need to attach a supporting bracket.

The suspension components are new as well and they are lighter than the ones on the previous motorcycle. The new 43mm WP Apex front fork features split function, compression and rebound settings as well as preload adjustment. At the rear, there’s a gas-charged, WP Apex monoshock with a remote preload adjuster. It is attached to the frame via a linkage which is said to prevent bottoming out while riding over bad roads. The bike runs on bespoke, Bridgestone S22 tyres that feature a part-silica compound which is expected to improve wet-weather grip.

The 1,301cc, LC8 V-twin motor has undergone significant revisions and produces more power, at 177hp while the torque figure stands unchanged at 140Nm. KTM adds that the engine retains its torquey character with the new 56mm throttle bodies providing an improved air-and-fuel mixture, thereby increasing torque through the rev range. The new 6-speed gearbox also offers shorter shifts, which goes with the eager nature of motorcycle.

As expected, the electronics suite on the 1290 Super Duke R is pretty comprehensive and has been completely reworked. There are three standard ride modes – Rain, Street and Sport. Additionally, there’s an optional Track mode that allows the rider to tailor slip levels as well as disable the bike’s anti-wheelie system.

The new 1290 Super Duke R will go on sale in international markets but as of now, there’s no word of it making it to the Indian market.