The Kawasaki Ninja H2 has been derived from the race-track-legal-only Ninja H2R that boasts of about 300bhp from its supercharged engine. 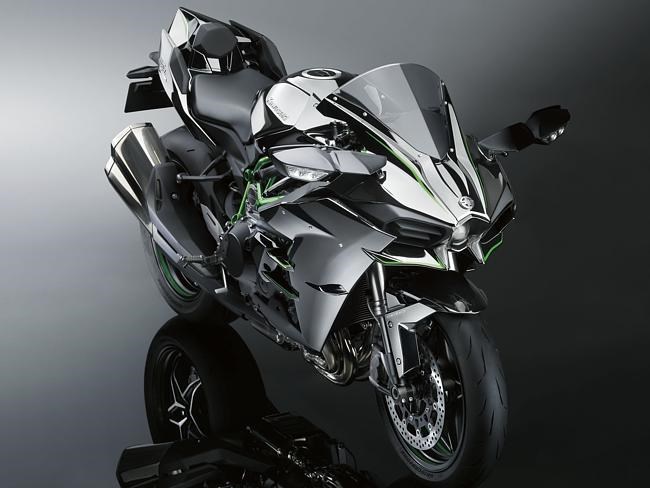 India Kawasaki Motors is all set to launch its hypersport Ninja H2 on April 3rd, this year, at the Buddh International Circuit. The Ninja H2 is the only bike that gets a supercharged engine in the litre-class motorcycle segment in the world. The H2 produces an impressive power output, in excess of 220bhp.

Kawasaki revealed its Ninja H2 publically at the 2014 EICMA motor show in Milan. It is derived from the race-track-legal-only Ninja H2R that boasts of about 300bhp from its supercharged engine. Many components on the motorcycle help it generate downforce, such as the mirrors that are developed by Kawasaki Heavy Industry’s aerospace company.

Speaking to our sister publication, Autocar Professional, a Kawasaki official revealed that “the company has imported very few numbers of the Ninja H2 in India, as the bookings for this model were not open for all superbike buyers. Since the last few months, Kawasaki has been selecting only premium customers for this model, and hence, the booking numbers, as compared to other Kawasaki bikes, are very few”.

Propelling the Kawasaki Ninja H2 is a 998cc, four-stroke, in-line four-cylinder and liquid-cooled engine supported by a Kawasaki centrifugal-type supercharger. The supercharger uses a 3D machine-forged aluminum impeller to push nearly 200 litres of air per second into the engine. The impeller can reach speeds of 1,30,000rpm, over nine times the speed available at the H2’s crankshaft. Braking is undertaken by massive ABS-equipped twin Brembo disc brakes up front and a single disc brake at rear, mounted on a single sided swingarm.

Kawasaki’s Ninja H2 marks the bike maker's seventh fully-imported sportsbike in its India portfolio, with the other six being the Z800, Z1000, Ninja 1000, Ninja ZX-10R, Versys 1000 and the Ninja ZX-14R. The other four models – Z250, Ninja 300, ER-6n and Ninja 650 –are imported as Completely Knocked Down units, and assembled at Bajaj Auto’s Akurdi facility located in Pune.