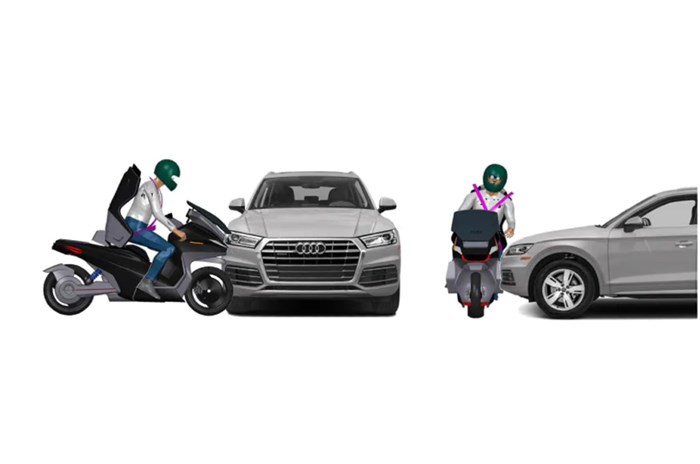 The smart seat belt system attaches to the two-wheeler via a flexible joint.

Despite being quite simple, seat belts in cars have saved a countless number of lives. Sadly, the same concept can’t be applied to two-wheelers. However, a new patent suggests that Italdesign thinks otherwise. This is the same Italian company that’s responsible for designing icons like the Ducati 860 GT, the first-gen Volkswagen Golf, the Lamborghini Gallardo and more.

Italdesign’s two-wheeler seat belt system is designed to keep the rider in place in certain types of accidents, while allowing you to separate from the two-wheeler in others. It does this thanks to sensors and an onboard computer.

It is said that the system will keep the rider in place if they meet with a head-on collision. This will stop the rider from being flung off the two-wheeler, which would make the situation even worse. On the other hand, it’ll disconnect the rider, along with the backrest, in case of an accident like a low side, where the rider is safer being away from the two-wheeler.

This technology will likely be targeted at scooters and tourers, where the reduction in movement won’t hinder the handling.